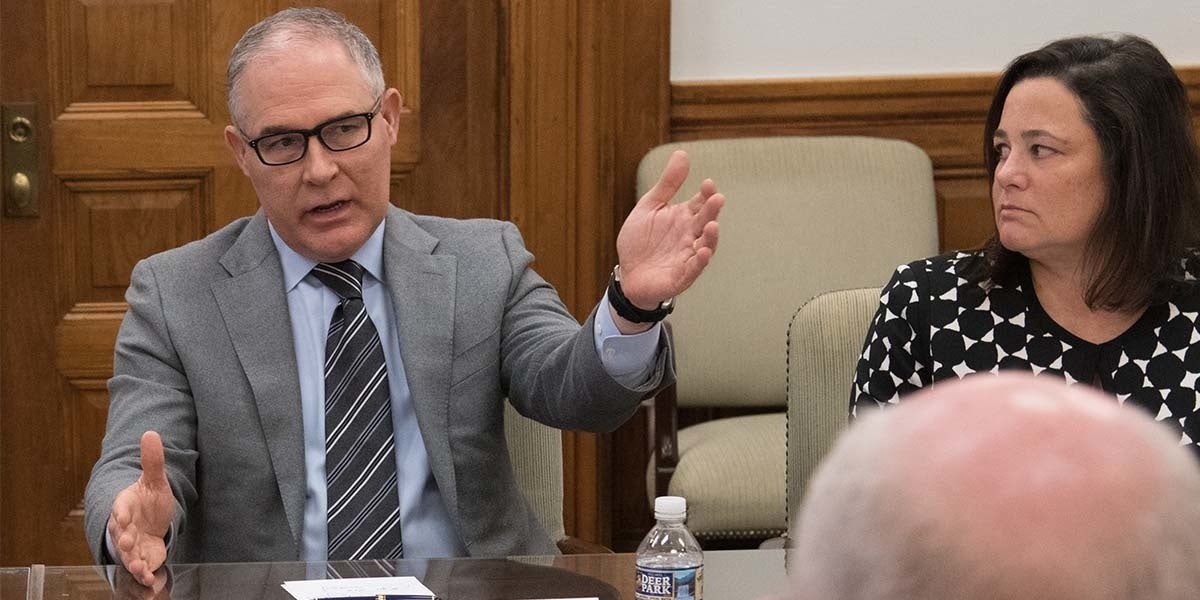 As part of ongoing litigation, the Sierra Club has demanded that the U.S. Environmental Protection Agency (EPA) search Scott Pruitt‘s personal email accounts for work-related emails, or certify clearly and definitively that the administrator has never used personal email for work purposes. The demand comes on the heels of a successfully litigated Freedom of Information Act (FOIA) request for all of EPA Administrator Scott Pruitt’s email and other communications with all persons and parties outside the executive branch. These facts were first reported in Politico early this morning.

EPA is under a court order to produce all of Pruitt’s external work communications. EPA certified to the Sierra Club that it has done so with regard to emails, as of May 30th, 2018. Pruitt has at least four known EPA email accounts. However, as of today, the Sierra Club has received only a single email sent by EPA Administrator Scott Pruitt to an external party over the 10-month period covered by the FOIA response.

Despite the disclosure of more than 40,000 pages of documents—including tens of thousands of emails and other communications from top aides to Scott Pruitt, including his Chief of Staff Ryan Jackson, former Director of the Office of Policy Samantha Dravis, and former schedulers Millan and Sydney Hupp, among others—the EPA provided just a single Pruitt email.

“The idea that Scott Pruitt sent a single work-related external email during nearly a year leading EPA is absurd on its face. That’s why the Sierra Club is demanding that EPA search Pruitt’s personal email accounts for work-related communications, or certify definitively that he does not use personal email or secretive messaging applications like WhatsApp and Signal to circumvent records retention laws,” said Justine Thompson Cowan, a veteran litigator who has led the Sierra Club’s litigation pro bono in this FOIA case, alongside Sierra Club in-house counsel.

The Sierra Club put its demands in a formal communication to EPA counsel.

“With Pruitt’s well-established record of ethical violations, corrupt behavior, and tight relationships with corporate polluters, it is beyond suspicious that he claims his external communications over the course of ten months are limited to a single solitary email. Are we really supposed to believe that Pruitt does not use email himself? The public deserves answers now about whether Pruitt is evading records retention laws, or if there is inappropriate political interference at some stage of the FOIA production process. It is clear that Scott Pruitt’s secrecy, corruption, and total contempt for the public cannot withstand the light of day,” said Sierra Club Executive Director Michael Brune.

As Reported by Politico:

“It’s not unprecedented for high-ranking government officials to shun email, but Pruitt has in the past used his private email for official business when he served as Oklahoma’s attorney general.

Pruitt has used his private email to conduct government work in the past, the Oklahoma attorney general’s office has confirmed. The Oklahoma Bar Association is investigating an ethics complaint alleging that he misled the U.S. Senate when he wrote in response to lawmakers’ written confirmation questions that he had not used his personal email for state business during his seven years as the state’s AG.”

According to email analytics firm The Radicati Group, the average American email user sends about 30 emails per day.