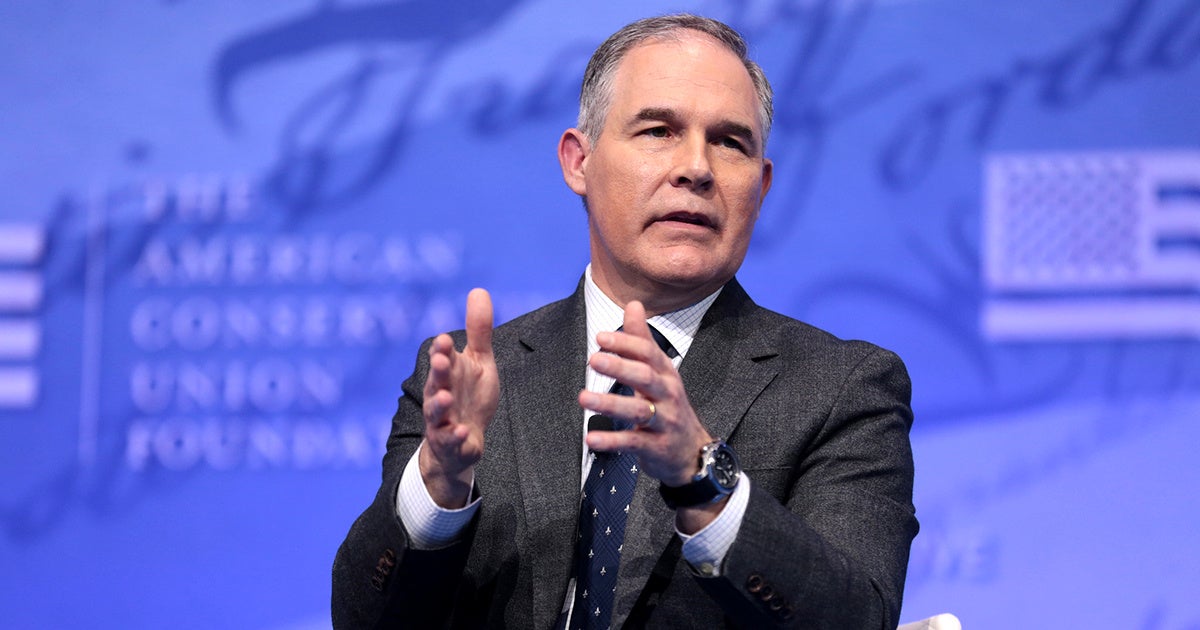 More than 700 pages of emails and other records show that Pruitt and other EPA officials consulted closely with agribusiness interests and top officials at the USDA on the decision not to ban chlorpyrifos, a neurotoxic pesticide that has been shown to harm children’s brains at even very low levels, according to The New York Times.

In response to the Times report, the EPA issued a statement Monday maintaining that Pruitt relied on the “USDA’s scientific concerns with methodology used by the previous administration” to go against the agency’s own scientists who had pushed for a full ban of the pesticide.

The emails, on page 301, show that top political appointees made edits to the chlorpyrifos petition as it awaited Pruitt’s signature, in order to reverse the ban of the pesticide recommended by career EPA scientists.

The EPA’s authority to restrict or ban the use of a pesticide falls under the Federal Food, Drug, and Cosmetic Act. Under the law, the EPA is not required to get approval from the USDA or any other agency before it takes action on a particular pesticide.

But in the case of chlorpyrifos, Pruitt and his top political appointees relied solely on comments by Sheryl Kunickis, director of the Office of Pest Management Policy at the USDA, to arrive at the decision not to ban the pesticide.

In a Jan. 5, 2016, memo to the EPA’s Office of Pesticide Programs—not part of the Times’ FOIA request, but unearthed by EWG—Kunickis objected that the EPA scientists included groundbreaking epidemiological data from Columbia University researchers and other institutions, which found chlorpyrifos pollutes the bodies of children and harms their health, in their risk assessment.

In two separate appearances before House and Senate appropriations committees, Pruitt testified that he had relied on Kunickis’ comments in his March 29 decision to abort the ban of chlorpyrifos.

During his June 27 testimony before the Senate panel—at 1:48 in the committee’s archived video—in response to questioning from Sen. Tom Udall, D-N.M., Pruitt said the “petition to ban [chlorpyrifos] that was denied and it was based on the USDA communication to the EPA that the scientific basis that was being used by the agency was very questionable. That was actually an interagency communication between the USDA and the EPA.”

“Administrator Pruitt now freely admits he’s outsourced pesticide safety decisions to an agency that too often puts the concerns of farmers ahead of our public health,” said Faber, of EWG. “As the emails obtained by the Times show, a who’s who of chemical agribusiness executives, along with USDA officials, came to the EPA the day after the decision to deliver a collective bear hug for Pruitt over his action on chlorpyrifos.”

A revised agenda, on pages 97 to 98, for a meeting of the Agriculture CEO Council with Pruitt was sent to the administrator’s scheduler on March 30. The first item for discussion was “Thanks to Trump Administration and Administrator Pruitt for early decisive actions” on the chlorpyrifos petition and the Waters of the United States, or WOTUS, rule. In June the EPA issued a notice of withdrawal from the Obama-era WOTUS rule that defines which waters can be protected from pollution by federal law.

On the day after the meeting, Kunickis wrote to EPA officials: “Thank you! It is a great week for our growers and the decision is much appreciated.”