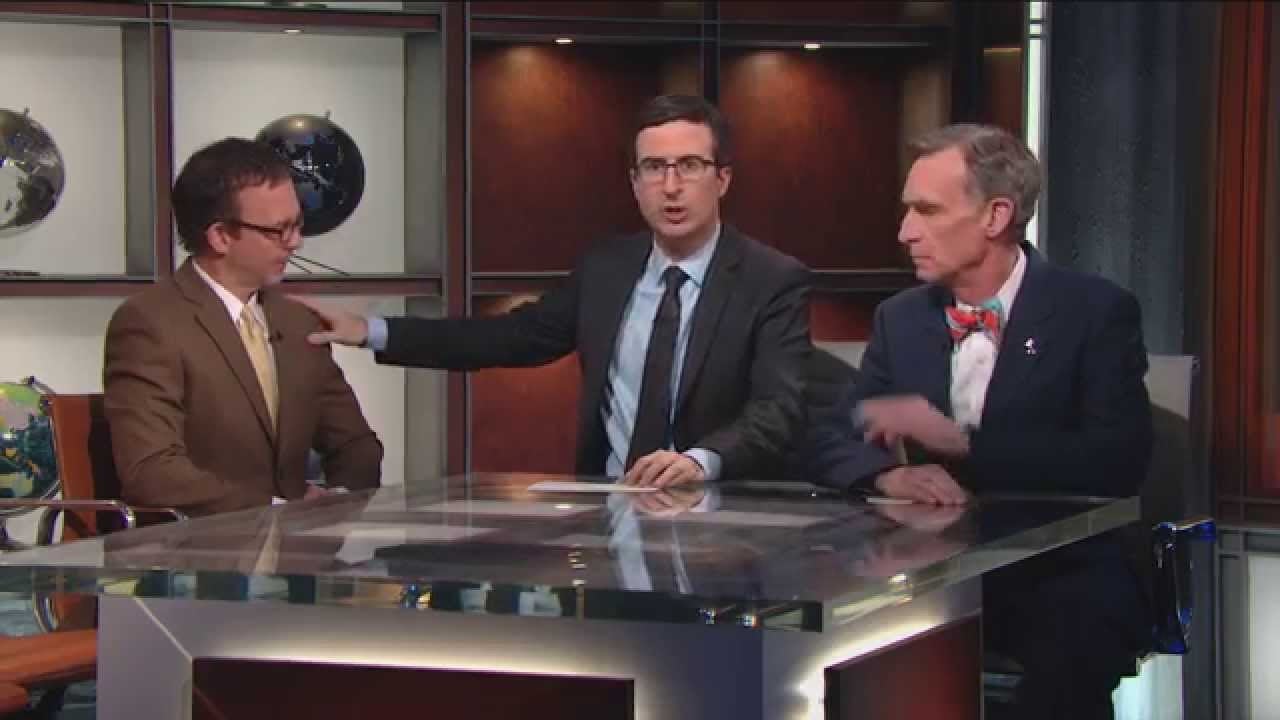 The ever-prescient John Oliver talked about this back in 2014. In the clip above, the Last Week Tonight host takes aim at climate change deniers who contest the overwhelming scientific consensus that human activity is causing the planet to warm.

“You don’t need people’s opinion on a fact,” the British comedian said. “You might as well have a poll asking: ‘Which number is bigger, 15 or 5?’ or ‘Do owls exist?’ or ‘Are there hats?'”

The program will use “red team, blue team” exercises to conduct an “at-length evaluation of U.S. climate science,” the official said, referring to a concept developed by the military to identify vulnerabilities in field operations.

“The administrator believes that we will be able to recruit the best in the fields which study climate and will organize a specific process in which these individuals … provide back-and-forth critique of specific new reports on climate science,” the source said.

“We are in fact very excited about this initiative,” the official added. “Climate science, like other fields of science, is constantly changing. A new, fresh and transparent evaluation is something everyone should support doing.”

The EPA did not return Climatewire’s request for comment.

You may have heard about the “red team, blue team” strategy of skeptics versus scientists before. Energy Secretary Rick Perry is in favor of the plan and Pruitt touted its benefits to Breitbart earlier this month saying, “The American people need to have that type of honest, open discussion, and it’s something that we hope to help provide as part of our leadership.”

But as Sen. Al Franken (D-MN)
pointed out to Perry during his department’s budget hearing last week, even the notorious oil baron Koch brothers know this strategy of trying to disprove extensive, peer-reviewed research does not work.

“You’re not the first to do red team/blue team,” Franken said. “The Koch brothers hired a red team of skeptics in 2012, in an effort to cast doubt on mainstream science. It was called the BEST Project, and much to the chagrin of their funders, the skeptical scientists found that mainstream climate science is correct.”

Pruitt has cozy ties with the fossil fuel industry and has sued the EPA more than a dozen times over regulations as Oklahoma Attorney General. Since taking the EPA’s helm, Pruitt has assisted with President Trump’s systematic dismantling of critical rules that protect the environment in favor of energy development.

Environmental groups have spoken out against Pruitt’s new initiative.

“Pruitt continues to push the same playbook of delay and deceit that the fossil fuel industry has been peddling for decades,” 350.org U.S. campaigns director Jenny Marienau said. “This latest crusade from the fossil fuel puppets in the Trump administration is an attempt to distract from their dangerous regression on climate protections, so the already wealthy can reap even more profit. But the science is clear: we need to keep fossil fuels in the ground and transition to a 100% clean energy economy that works for all of us. It’s our only shot at a safe and livable planet. Our communities are already bearing the brunt of the fossil fuel industry’s lies—there’s no time left for debate.”

Greenpeace Climate Liability campaigner Naomi Ages also criticized the program. “Using the EPA and our tax dollars to attack scientific consensus and promote the agenda of the fossil fuel industry is hugely destructive to this country,” Ages said. “We know the Trump administration does not believe that U.S. law applies to them, but rejecting heavily-scrutinized, peer-reviewed climate science is idiotic and cynical, especially when the consequences will be disastrous.”

Pruitt notoriously told CNBC in March that he does not believe carbon dioxide drives climate change, and hinted that he wants to reconsider the EPA’s 2009 “endangerment finding” that greenhouse gases are harmful to public health and welfare and should be regulated.

Ages explained, “In what seems like an act of comedic theater, the Pruitt EPA and the Trump Administration are actually setting up the fulfillment of the fossil fuel industry’s desperate desire to obliterate the CO2 endangerment finding. You can expect the outcome of this process to echo all of Scott Pruitt strange contrivances: Some phony logic that says CO2 is essential for life and more of it will be just great for everyone.”