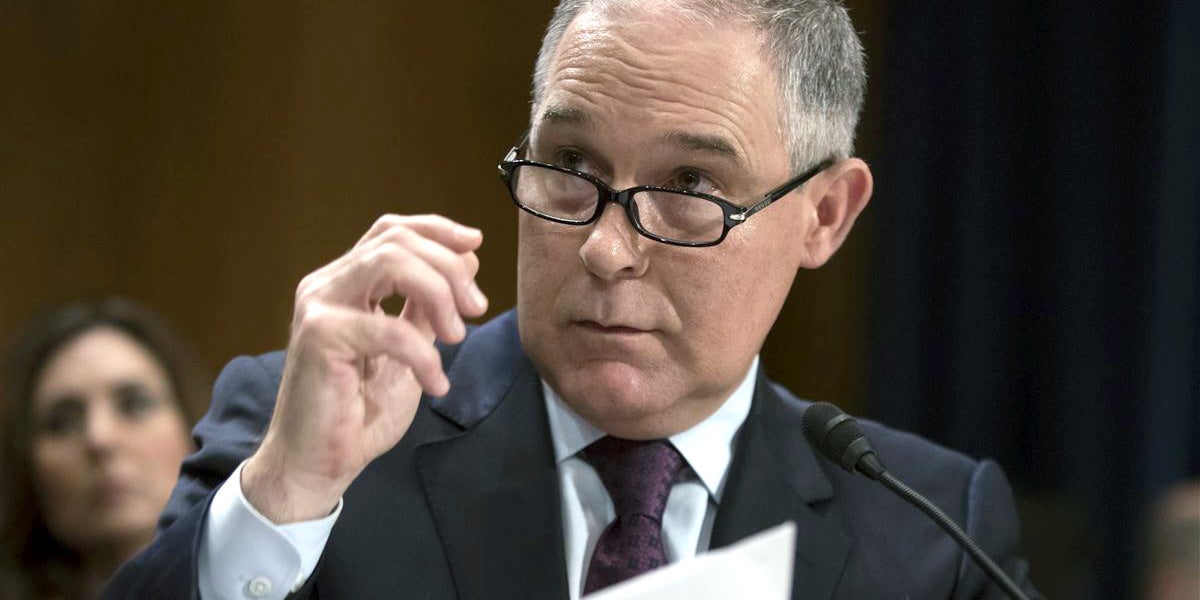 As a climate scientist I’ve been trained to base my conclusions strictly on scientific evidence and not on politics. This is why I find it so troubling that President Trump’s pick for the top job at the U.S. Environmental Protection Agency (EPA) openly misrepresented scientific data during his confirmation process.

Here are three climate facts Scott Pruitt denied in his written testimony before the U.S. Senate—facts that an incoming EPA administrator simply cannot get wrong.

1. There is no “hiatus.” The Earth is consistently getting warmer.

Pruitt wrote in response to a question from Sen. Jeff Merkley of Oregon that he was “aware of a diverse range of conclusions regarding global temperatures, including that over the past two decades satellite data indicates there has been a leveling off of warming, which some scientists refer to as the ‘hiatus.'”

In reality, his idea of a hiatus, and of a potential discrepancy between satellite and surface-based data, has been under intense objective scrutiny by the scientific community for some time—and the results are clear.

NOAA scientists recently published a peer reviewed article in the Journal Science that clearly shows the “hiatus” never existed. A follow-up study undertaken by a separate group of researchers as an objective check on the NOAA result confirmed that the global warming hiatus never happened.

The alleged satellite discrepancy has also been debunked. Stated plainly, raw satellite observations from space are not as accurate as those taken in the actual location, so these raw observations must be quality-controlled for scientific accuracy.

Bottom line is: All data today point in the same direction.

2. Urbanization has not created a fictitious warming trend.

But Pruitt continued to use the idea of a discrepancy between satellite-based and urban land-based data to build his narrative. He now attempted to blame it for the increasing temperature trend—which he just argued did not exist.

Pruitt wrote that he was “aware” that this so-called discrepancy “can be attributed to expansive urbanization within our country where artificial substances such as asphalt can interfere with the accuracy of land-based temperature stations.”

Agencies charged with keeping the data, he alleged further, “do not accurately account for this type of interference.” Well, he was wrong again.

The impact from urbanization and so-called “heat islands” has long shown to be minimal at best, especially when applied to the massive geographic expanse of the world relative to the lesser change in the geographic extent of cities.

Pruitt went on to quibble with the fact that 2016 was the warmest year ever recorded—by overemphasizing the role of negligible differences in how various scientific agencies around the world calculate the globally averaged temperature.

Except, the diversity of approaches is a scientific strength because it provides a balanced view of the data, much like one seeks a second opinion on a medical diagnosis. These minimal temperature differences don’t matter in the end; the overall trend has remained the same over the last several decades.

Despite the trivial differences in methodology Pruitt emphasized, the three long-running analyses by NASA, NOAA, and Great Britain’s UK Met Office all showed 2016 to be the hottest year on record, following the two previous record-setting years.

You can’t quibble with that fact.Pruitt hopes to run the agency responsible for protecting the lives and health of Americans from environmental threats, a mission that includes reducing greenhouse gas emissions that are warming the planet. And as the U.S. Supreme Court has ruled, the EPA has the authority to address greenhouse gases.

This is why the man chosen to lead this agency needs to manage science responsibly so it can do its job. That means listening to scientists and accepting facts, plain and simple.