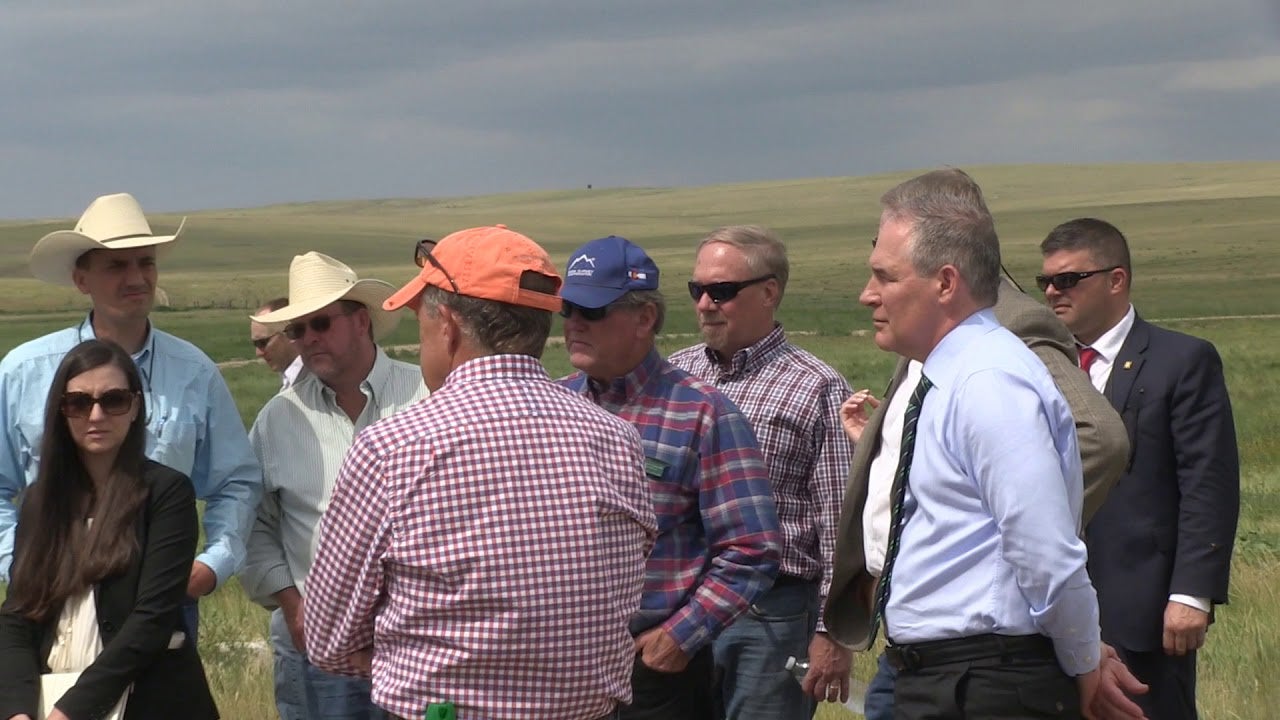 U.S. Environmental Protection Agency (EPA) administrator Scott Pruitt appears in a video sponsored by the beef industry calling on farmers and ranchers to file official comments on a proposal to withdraw and rewrite the Obama-era “Waters of the United States” rule (or WOTUS) before the Aug. 28 deadline.

“When comments are made a part of a record—as rule-making—we have an obligation to review them,” Pruitt says. “It helps inform our decision-making process; it helps us make better decisions. And so we want farmers and ranchers across this country to provide comments.”

The video, filmed in Colorado during Pruitt’s cross-country State Action Tour, directs viewers to a
BeefUSA.org link to submit comments on the proposed repeal. The site includes sample text to submit to the Federal Register.

“We’re trying to fix the challenges from the 2015 rule,” Pruitt says in the NCBA clip, “where the Obama Administration re-imagined their authority under the Clean Water Act and defined a Water of the United States as being a puddle, a dry creek bed, and ephemeral drainage ditches across this country, which created great uncertainty … and we are fixing that, and then we’re hearing from stakeholders about how to get it right as we go forward.”

But law experts told
E&E News that Pruitt’s interpretation of the 2015 rule—which extends Clean Water Act protections to streams, wetlands and any water body that shares a “significant nexus” with clearly navigable waters—as “misleading” and “inappropriate.”

For one, WOTUS specifically states that puddles are not considered waters of the U.S. E&E News also pointed out that the rule also excludes dry creek beds that do not have a bed, bank and high-water mark and ephemeral ditches that “flow only after precipitation.”

Incidentally, as Oklahoma’s former attorney general, Pruitt had
sued the EPA over WOTUS, alleging that it amounted to executive overreach and a regulatory burden.

Environmental groups worry that nixing the Obama rule puts the country’s waterways at risk. Waterkeeper Alliance warned in June: “Adopting a narrow definition of ‘waters of the United States’ (WOTUS) long sought by industry [will] allow uncontrolled pollution and destruction of our nation’s rivers, streams, lakes and wetlands.”

The EPA has since issued a response to its administrator’s video appearance.

“As administrator Pruitt says in the video, receiving public comments from across the country helps EPA make informed decisions on proposed rules,” an EPA spokeswoman said. “Just like the administrator’s countless other interviews, there was no script and no cost to EPA to accommodate the National Cattlemen’s Beef Association’s request for a brief interview regarding EPA’s State Action Tour and WOTUS.”

When E&E News asked if the EPA’s ethics office approved Pruitt’s interview, the spokesperson responded: “It’s absurd that E&E thinks we need their permission on what media outlets we can accept interview requests from.”

NCBA spokesman Ed Frank told the publication that the video was an innocuous request for public comments.