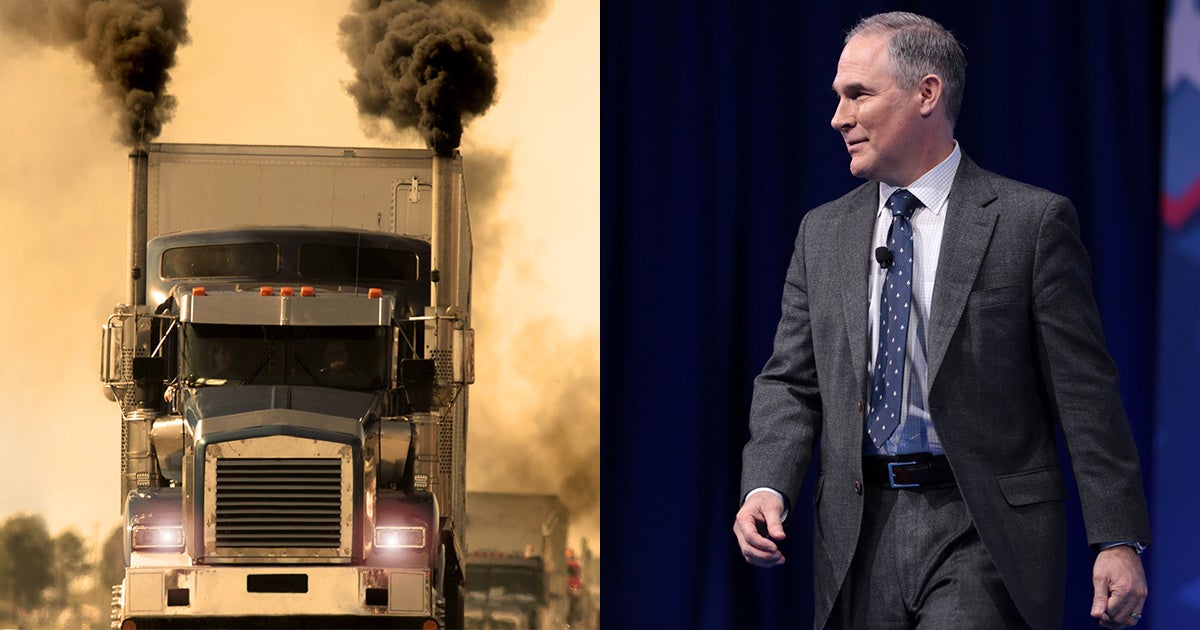 In his last day at the U.S. Environmental Protection Agency (EPA) Friday, ousted Administrator Scott Pruitt left a parting gift for polluters, and took a parting shot at America’s lungs. Pruitt acted to remove a cap on the number of glider trucks—new truck bodies built without engines or transmission that produce 55 times the air pollution of trucks with new engines using up-to-date pollution controls—through December 2019, the New York Times reported.

The Obama administration had worked to limit the number of gliders produced each year to 300, Vox reported. Glider trucks were introduced as a way to recycle older truck parts like engines from trucks damaged in accidents, but, as pollution controls on newer engines improved, some truck buyers saw them as a way to save on more expensive pollution controls that can reduce fuel economy.

Glider production had increased from 1,000 in 2010 to 10,000 in 2015, and Obama’s EPA estimated that if those trends continued, the trucks would account for half of all truck-caused nitrogen oxide pollution by 2030. It further found that forcing gliders to use up-to-date engines could save 350 to 1,600 lives over the life of the vehicles, according to Vox.

The move was roundly opposed by environmental and conventional trucking groups, including the American Lung Association, the Environmental Defense Fund (EDF), United Parcel Service and the Volvo Group.

EDF general counsel Vickie Patton blamed both Pruitt and his second-in-command Andrew Wheeler, who will take over as acting administrator, for the decision.

“Pruitt and Wheeler are creating a loophole for super polluting freight trucks that will fill our children’s lungs with toxic diesel pollution, ignoring public comments from moms and leading businesses across the country,” she told The New York Times.

An EPA spokesperson told the New York Times the agency hopes to repeal the cap altogether by the end of 2019.

The decision comes after Tommy Fitzgerald Sr., CEO of Fitzgerald Glider Kits, the largest glider truck company in the U.S., met with President Donald Trump on the campaign trail and Pruitt after the election, according to Vox.

“Our goose was cooked until President Trump and Pruitt came to town, Fitzgerald wrote in The Daily Caller in April.

Pruitt also moved to reverse the cap after Fitzgerald donated tens of thousands of dollars to Republican Representative for Tennessee Diane Black, who is also running for governor in the state, and Black asked Pruitt to act on the reversal, the New York Times reported.

Pruitt had first said he would reverse the 300 truck limit in 2017, but the White House asked him to do a more thorough investigation of the economic and environmental impacts of doing so. Opponents of the plan have appealed to the White House to intervene again, according to the New York Times.