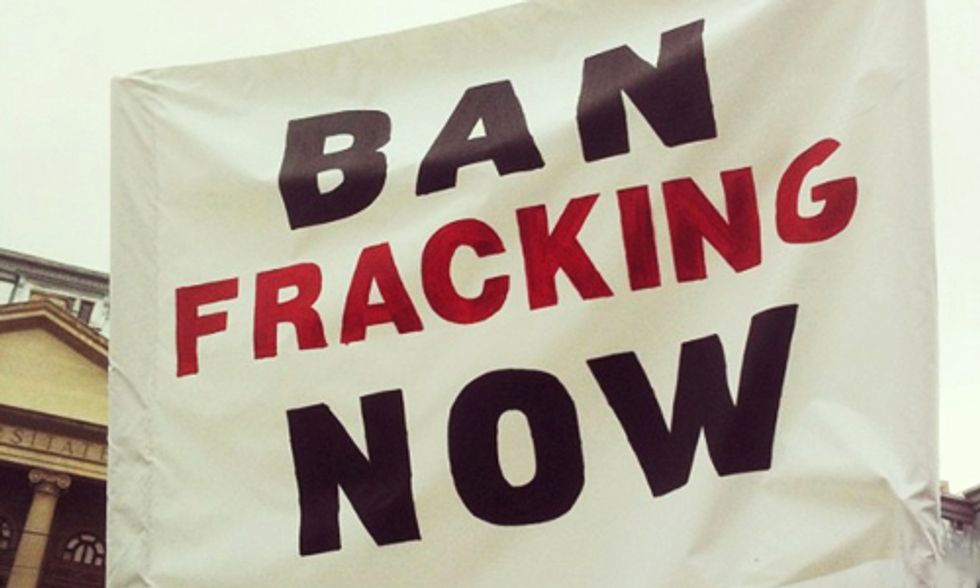 U.S. oil company Chevron were forced to halt exploratory drilling for shale gas at their drill site in eastern Romania for the second time in as many months, following mass anti-fracking protests.

Around 300 local people turned out for the protest—while an equal number of riot police were called in to restrain activists.

Anti-fracking protests have spread across Romania as the government announced it would open the country up for shale gas. Photo credit: Kristian Ngoh /Creative Commons

Protesters and local residents reported the use of police brutality as some managed to break through police lines and entered the Chevron site near the town of Pungesti.

The company gained rights to explore for shale gas in three remote villages in Romania but have been met with strong local opposition. Anti-fracking protests have also erupted across the country, following the government’s plans to open the country up to shale gas.

The latest round of protests in Pungesti follow a similar event in October where around 400 local residents joined together to block Chevron from accessing the site.

Chevron have now restarted activity on the site. The local protests also continue.

Chevron said some equipment had been damaged on the site. “Chevron can today confirm it has suspended activities … as a result of unsafe conditions generated by unlawful and violent protester activities,” it said in a statement emailed to Reuters.

“Our priority is to conduct our activities in a safe and environmentally responsible manner consistent with the permits under which we operate, however this was not possible today.”

Shale gas faces opposition due to concerns around fracking, the process of injecting water and chemicals at high pressure into underground rock formations to push out gas.

Critics, including the Pungesti protesters, say it can pollute water supplies and trigger small earthquakes. Advocates say it has a strong safety record and point to countries like the U.S., where extensive fracking has driven down energy prices.