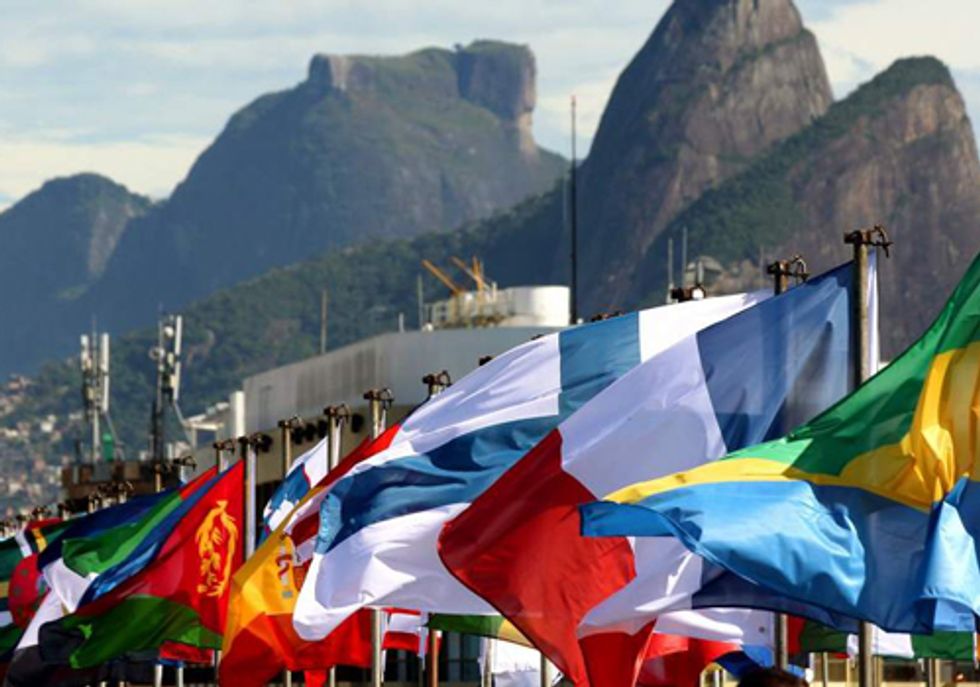 On June 21 Friends of the Earth International delegates joined a key protest by a group of young people and civil society organisations denouncing world leaders’ failure to tackle the planetary crisis at the UN Rio+20 Summit.

The protestors said that the voices of people and in particular the young people are being ignored at this UN Summit in the interest of corporations that continue to promote a business-as-usual model based upon dirty fossil fuels, and social and environmental exploitation.

“The solutions to the planetary crisis are well known and are being promoted by communities across the world. They are on the table at the alternative Peoples Summit in Rio. What is lacking at this UN Summit is the political will to bring about the solutions the people need,” said Jagoda Munic of Friends of the Earth Croatia, who took part in the protest.

“Today’s protest sent a strong signal that change will come from the people and not from this Rio+20 Summit where world leaders are rubber stamping a document that will be viewed by future generations as a suicide note for the planet," she added.

More than 400 civil society organizations representing millions of people from around the world signed the statement -initiated by Friends of the Earth International and nine other organisations, which will be delivered in the sidelines of the UN Rio+20 Earth Summit.

“Young people have shown great leadership by walking out of the Rio+20 Summit today. The future belongs to them and today we share their outrage. Their voices must be heard. World leaders should not trash their future,” said Nnimmo Bassey, chair of Friends of the Earth International.

The statement is part of a Friends of the Earth International campaign—Reclaim the UN—which included the launch on June 19 of a report exposing the increasing influence of major corporations and business lobby groups within the UN. The report presents a number of cases that clearly expose how UN policies and agencies are excessively influenced by the corporate sector—for instance oil company Shell, Dow Chemical, Monsanto, the Coca Cola company and the Chinese oil giant PetroChina.