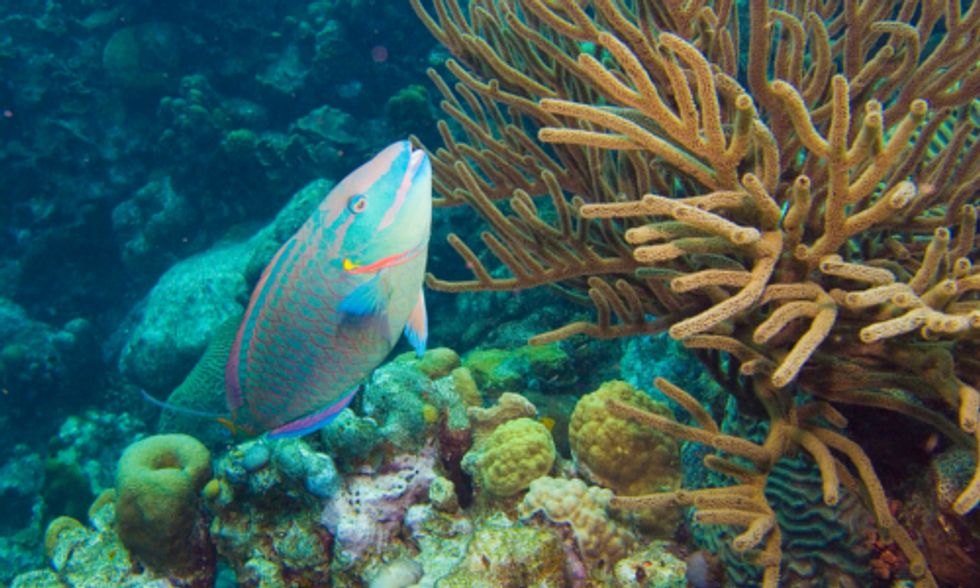 The steady loss of coral reefs in the Caribbean could be partially reversed by taking a number of relatively simple steps, including stronger measures to protect the region’s parrotfish, according to a new study.

Parrotfish are the co-creators of the reef. They feed on parts of the reef where algae threatens to overpower the reef. They harvest the algae and in the process ingest dead coral limestone which they pass as "coral sand." Photo credit:
waywuwei/ Flickr

In a review of trends in Caribbean coral reefs from 1970 to 2012, the Global Coral Reef Monitoring Network said that live coral only makes up about 17 percent of the region’s reef surfaces today. If present trends continue, the study said, coral reefs in the Caribbean will “virtually disappear within a few decades” because of foreign pathogens, algae invasions, pollution from tourism development, overfishing and warming waters.

A key step in halting the decline is protecting parrotfish, which eat the algae that have been smothering coral reefs. The study said that conservation measures, such as banning fish traps, have helped populations of parrotfish rebound in some parts of the Caribbean, including Belize and the Bahamas.