Protecting One of Earth's Greatest Treasures 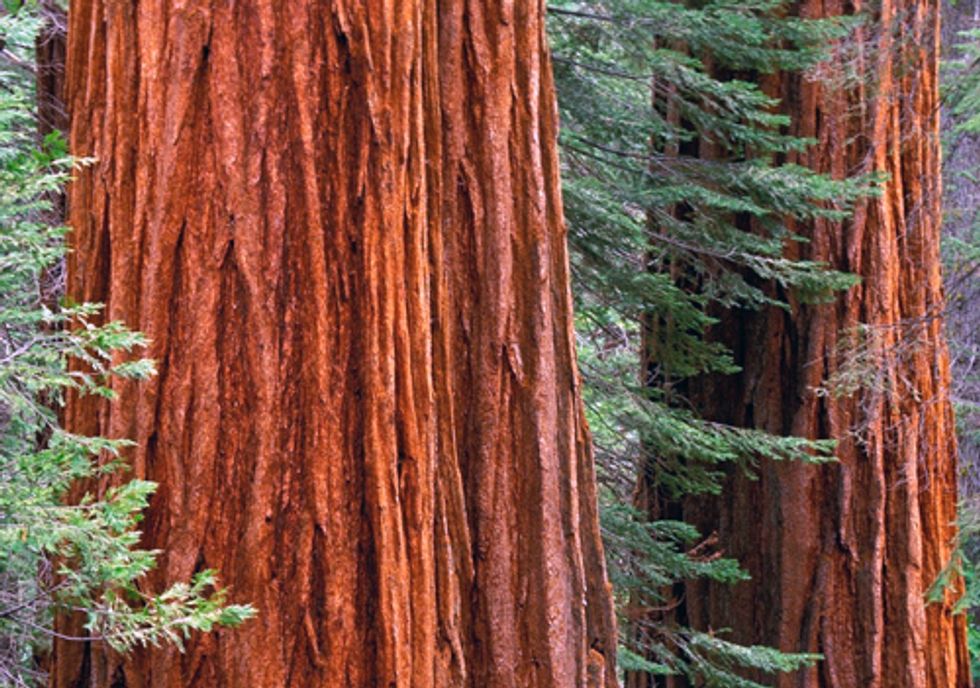 This week one of the greatest natural treasures on Earth was protected. The giant sequoias are direct descendants of the enormous trees that once covered North America and loomed over dinosaurs in vast forests of fern and evergreen. Now they survive in just one small redoubt, the western slopes of the Sierra Nevada.

By the time modern man first encountered the giant trees, only sixty-odd scattered groves remained. Our first response was awestruck incredulity. Our second was to start cutting them down. The wood wasn't good for much. Since it was too fibrous and brittle for construction, most of it became shingles, stakes and matchsticks. The plundering lasted for decades, with one lumber company felling an estimated 8,000 trees in the Converse Basin alone. Soon, nearly a third of the giant sequoias were gone.

In fairness, it's difficult to imagine the mindset of a 19th century lumberman. We can more easily understand why over 1 million people would sign a petition to President Theodore Roosevelt in 1909 demanding that something be done to protect the trees (that's about one in 80 Americans, at a time when signing a petition required more than a mouse click). Little wonder that a fledgling conservation group called the Sierra Club adopted the giant sequoia for its first official seal and for every logo to this day. The word iconic has been overused to the point of meaninglessness, but no adjective better suits these majestic trees.

Thankfully, something was done. Eventually, about half of the remaining giant sequoias wound up under the protection of the National Park Service, in Yosemite, Sequoia and Kings Canyon National Parks. Finally, these trees would be safe from logging.

President Clinton's creation of Giant Sequoia National Monument on April 15, 2000, was designed to change that. The new national monument held most of the giant sequoia groves not already under federal protection. Although most national monuments are managed by the National Park Service, this one, which had been carved out of Sequoia National Forest, was placed under the authority of the Forest Service, but with a key provision:

No portion of the monument shall be considered to be suited for timber production, and no part of the monument shall be used in a calculation or provision of a sustained yield of timber from the Sequoia National Forest. Removal of trees, except for personal use fuel wood, from within the monument area may take place only if clearly needed for ecological restoration and maintenance or public safety.

The Forest Service was given three years to develop a plan for managing the new national monument. But when the plan was finally unveiled, under the Bush Administration, it didn't take the intent of the proclamation to heart. The Forest Service wanted to allow 7.5 million board feet of timber, enough to fill 1,500 logging trucks, to be removed from the monument each year.

Because the Forest Service's plan was so obviously at odds with the intent of the monument proclamation, the Sierra Club and five other groups, as well as the California attorney general, challenged it in court. More than two years later, we won. Judge Charles R. Breyer of the United States District Court for Northern California found that "the Forest Service's interest in harvesting timber has trampled the applicable environmental laws." Judge Breyer added that the monument plan was "decidedly incomprehensible."

The Forest Service was told to start over and try again.

Now, after six years, hundreds of thousands of public comments, and countless hours of hard work, the U.S. Forest Service has finally released a management plan for Giant Sequoia National Monument that doesn't default to cutting trees down. That's a significant departure from the Bush administration's practice of logging without limits.

Like the National Park Service, which has done a stellar job of managing its own giant sequoia forests, the new plan clearly states that the Forest Service will give priority to using fire (instead of chain saws) as a means of keeping the forests healthy (giant sequoias are resistant to fast-burning fires, which are essential to the giant sequoia ecosystem). It also spells out more clearly when trees may be removed for ecological and safety reasons. No giant sequoias greater than 12 inches in diameter can be cut, and then only as a last resort. The new plan even recommends the creation of a new 15,110 acre Moses Wilderness Area, which will be important as plants and wildlife adapt to climate change.

Is it perfect? No. There's still the possibility that some exemptions and loopholes could allow too much logging in the wrong places in the name of fire prevention. We look forward to working with our members, volunteers, scientists and the Forest Service to address those concerns.

But under this plan for the Giant Sequoia National Monument, it's at least possible that the U.S. Forest Service will finally treat the surviving giant sequoias like the irreplaceable treasures they are, using the same tools for ecological restoration that have worked so well in the neighboring national parks. We will remain vigilant to assure that this possibility becomes a reality and that these mighty forests are finally restored to health.

We've spent more than a century working to protect all of these forest giants. But for trees that have watched the seasons change for thousands of years, and for a species that's adapted and endured for millennia, these perilous decades have been only the merest wink of time. Let's hope their patience pays off.

You can thank the U.S. Forest Service for improving their plan and encourage them to make it even stronger here.