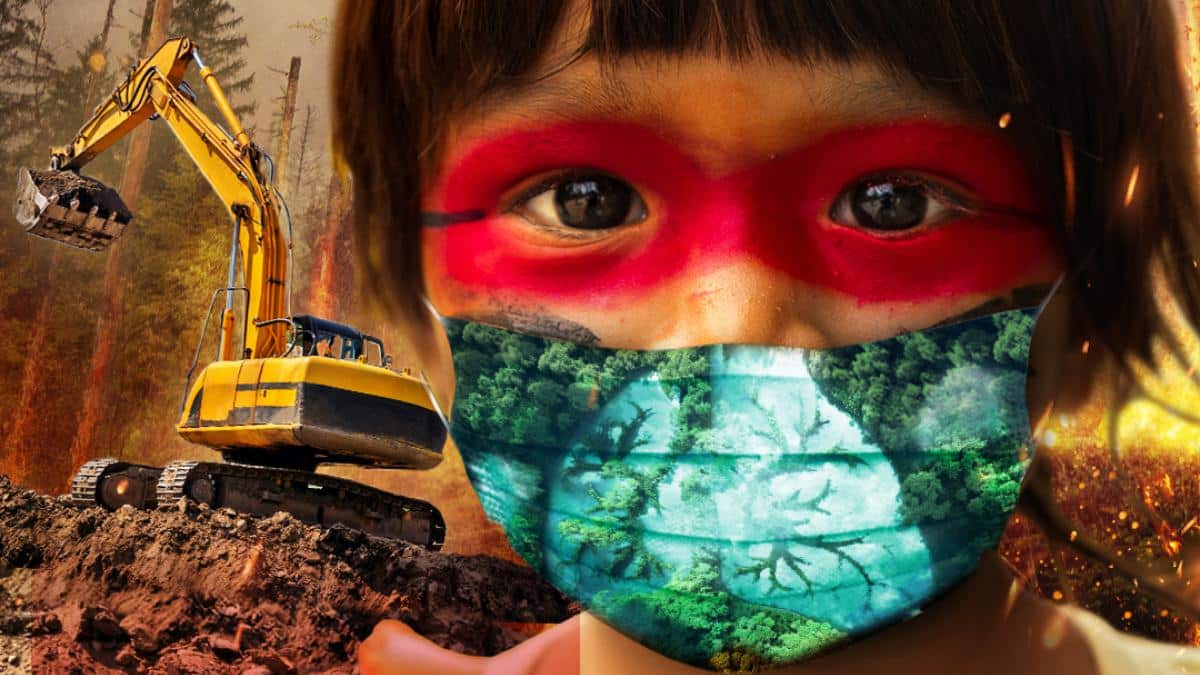 A 3-hour special film by EarthxTV calls for protection of the Amazon and its indigenous populations. EarthxTV.org

Protecting the Amazon, the latest special film program from EarthxTV, explains the need for these actions and how to work in solidarity with indigenous peoples to preserve Amazonia.

The Amazon rainforest and the indigenous tribes that call it home are in danger. The newest scientific reports predict the world’s largest rainforest will collapse by 2064, causing dangerous water shortages, catastrophic biodiversity loss and much more. As the ecosystem degrades, it will also lose its ability to store carbon, changing from a carbon sink for the planet into a carbon source. A 2020 study estimated that the Amazon is already on the brink of turning into a net carbon emitter. Going past that threshold would throw the climate crisis into full swing.

Princess Esmeralda of Belgium, president of the Leopold III Fund for Nature Exploration and Conservation and one of the co-hosts of the 3-hour special, lamented the bleak outlook.

“The current state of the Amazon rainforest is dire,” she told EcoWatch. “During 2019 and 2020, deforestation continued at a frightening pace and scale. Last year, it increased by 30 percent from what was already a record-breaking year in 2019.”

The conservation journalist also pointed out how deforestation, invasion of indigenous lands and mining in the rainforest have skyrocketed under Brazilian President Jair Bolsonaro, a known pro-development, anti-Amazon, anti-indigenous candidate. Bolsonaro was elected with the support of the “so-called BBB (beef, bullets and bible),” a very powerful lobby composed of militaries, Christian evangelists and meat producers, Princess Esmeralda said. She estimated that almost 20 percent of the Amazon had been lost in the last half-century.

Unfortunately, attempts to stop the destruction have fallen short.

According to Rob Harding, executive producer of Protecting the Amazon, “The international community’s attempts to nurture a healthier Amazon have thus far failed… The urgency of this situation is clear.”

Citing his motivations behind pitching the special project, Harding added, “There’s no time like the present to help raise awareness and inspire meaningful action by instilling a sense of global collective responsibility. We believe that Protecting the Amazon will do all of the above.”

The film event, a rare collaboration and amplification of indigenous voices and their allies, brings together some of the world’s biggest players in conservation – including Jane Goodall, legendary indigenous rights advocates Chief Raoni Metuktire and Chief Ninawa Huni-Kui and Sea Shepherd Conservation Society founder Paul Watson – on the same virtual stage to highlight our collective responsibility to the rainforest.

All make the case for demarcating indigenous lands in the Amazon as an effective forestalling against the catastrophes forecasted above. Demarcation is the constitutionally-mandated federal process wherein indigenous territories are identified and studied to determine and mark off boundaries, explained Gert-Peter Bruch, co-host of the special and co-founder of the Alliance of Mother Nature’s Guardians.

Satellite views of the rainforest make clear that where there are federally-recognized, demarcated and protected indigenous territories, the richest and most contiguous forests still remain, said Christian Poirier, program director for Amazon Watch, a partner in the special program.

“These are essentially islands of forests in a sea of deforestation,” he told EcoWatch. “Everything around them has been degraded and deforested.”

Importantly, he added, these areas remain pristine because (1) indigenous peoples are effective stewards of the rainforest, and (2) the federal government of Brazil has recognized the rights of indigenous peoples to these lands and helps to keep out destructive actors.

“The demarcation of indigenous lands is fundamental to the future of the Amazon, both in terms of its environmental conservation and in terms of respecting the human rights of indigenous peoples, who are the best stewards of the rainforest,” Poirier said. Without demarcation, “the Amazon would cease to exist as we know it today.”

In theory, once land is demarcated, non-indigenous equipment, installations and occupants would be required to leave, for good, Bruch explained. This would allow indigenous peoples to continue to act as custodians of the land as they have since time immemorial.

In the Amazon and indeed even on a global scale, indigenous peoples make up approximately 4 percent of the world’s population, and yet they effectively watch over 80 percent of the planet’s remaining biodiversity, Poirier explained.

“Because they are proven the best stewards of the rainforest, we need to learn from them how to keep the rainforest from reaching a tipping point,” Poirier said. “The integrity of their territories is a fundamental component of that, but it goes beyond their territories. This is a worldview we need to apply to understanding how to preserve the rainforest in conjunction with its peoples ‒ its forest peoples and its indigenous peoples. We need to have their voice centered in any conversation about land conservation and their rights upheld.”

Protecting the Amazon calls for this critical mass and solidarity with indigenous peoples in protecting their rights and the forest, simultaneously. The film event notes the long history of fierce indigenous resistance to the many efforts to disenfranchise and evict them from their lands. All speakers also insist that indigenous peoples cannot do this work alone.

Bruch concluded with a hope that the special event would refocus the world on these pressing issues and remind everyone that the destiny of the indigenous guardians of the Amazon is linked to ours, and that their protection depends on the protection of their territories.

“Solidarity is so critical and… this event is a critical step towards raising awareness… of the work (indigenous peoples) have always done to benefit us all,” Poirier said. “If they are unsuccessful in protecting their areas, all of humanity will suffer gravely.”

View the film on demand on EarthxOnDemand. 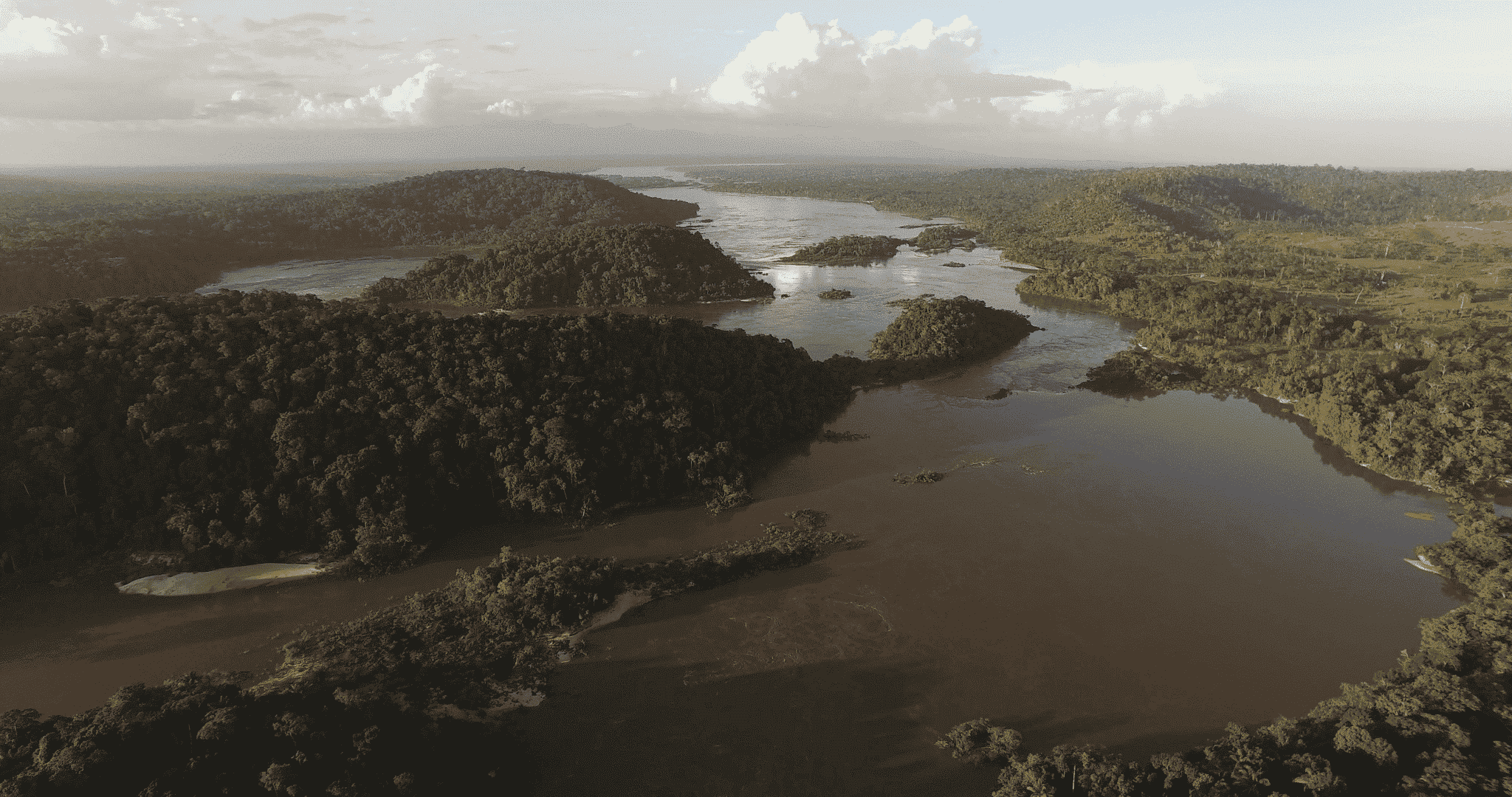 A new EarthxTV film special calls for the protection of the Amazon rainforest and the indigenous people that call it home. EarthxTV.org