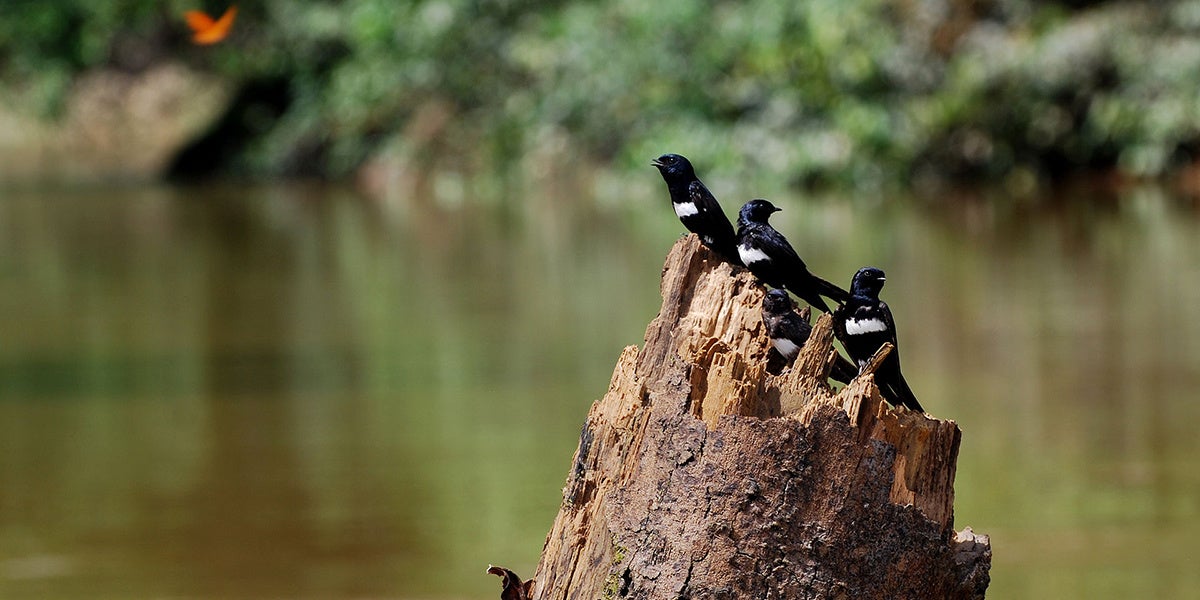 A study published in Science Friday presents what authors call a sobering “reality check” on global efforts to protect biodiversity—one third of all conservation areas set aside as wildlife sanctuaries or national parks are “highly degraded” by human activities.

“The study shows that governments are overestimating the space available for nature inside protected areas. Governments are claiming these places are protected for the sake of nature when in reality they aren’t. It is a major reason why biodiversity is still in catastrophic decline, despite more and more land being ‘protected,'” study lead-author Kendall Jones of the University of Queensland said in a press release published by ScienceDaily.

Jones was joined by other researchers from the University of Queensland as well as from the University of Northern British Columbia and the Wildlife Conservation Society, which provided materials for the press release. They used what the abstract calls the “most comprehensive global map of human pressure” to determine that 2.3 million square miles—32.8 percent of all protected land—is under extreme pressure from grazing, urbanization, road-building and other human activities.

The study’s authors said the study was a warning for countries looking to make their targets for the Convention on Biodiversity (CBD). The UN is celebrating the 25th anniversary of the CBD’s entry into force on the International Day for Biological Diversity May 22. The number of protected areas has almost doubled in those 25 years, accounting for 15 percent of the Earth’s land area. The goal is to cover 17 percent by 2020.

But the study indicates that, when it comes to protecting land, governments need to think about quality as well as quantity. The study found that, of lands protected before the CBD was ratified, 55 percent had experienced an increase in human-caused pressures since. However, that increase was lowest in large reserves with strict protections.

“We know protected areas work—when well-funded, well-managed and well placed, they are extremely effective in halting the threats that cause biodiversity loss and ensure species return from the brink of extinction. There are also many protected areas that are still in good condition and protect the last strongholds of endangered species worldwide. The challenge is to improve the management of those protected areas that are most valuable for nature conservation to ensure they safeguard it,” study author and University of Queensland Prof. James Watson said in the press release.

Some success stories included the Madidi National Park in Bolivia, the Keo Seima Wildlife Sanctuary in Cambodia and the Yasuni Biosphere Reserve in Ecuador. The areas that suffered most human pressures were in highly populated parts of Europe, Asia and Africa.