Protect the Act that Has Protected You for Forty Years 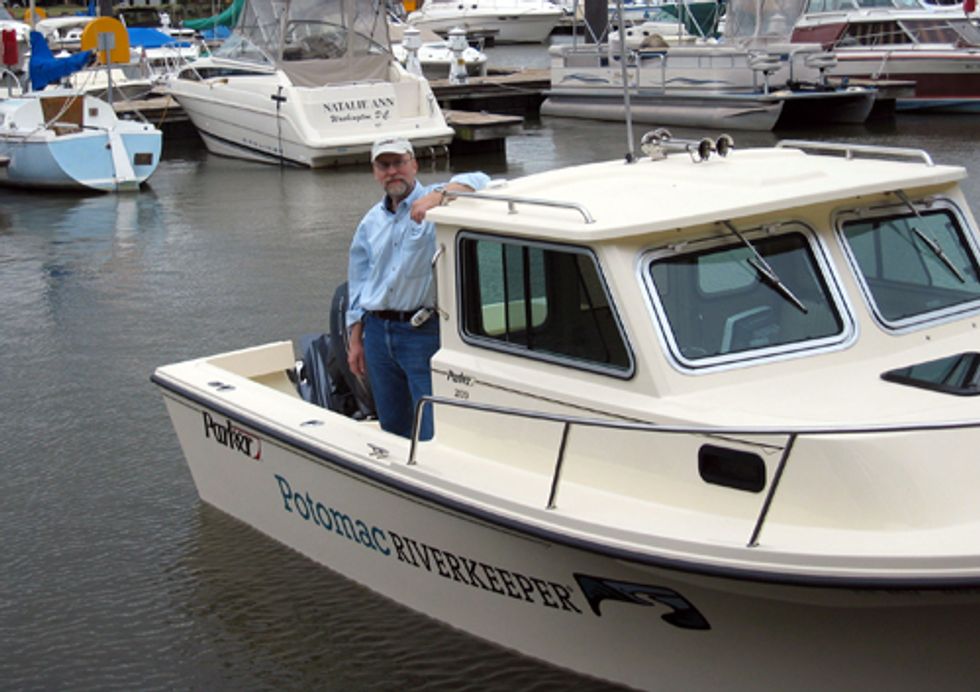 To kick off the 40th Anniversary of the Clean Water Act, Potomac Riverkeeper Ed Merrifield talks about the importance of and the recent threats to the historic act.

In the early 1970’s, when it became clear that the individual states were not going to do anything about their rivers catching on fire, about fisheries disappearing, about green slime forming on rivers and streams, and about a president calling a river that runs past his window a national disgrace, Congress created a law to change all that. In 1972, Congress passed the “Federal Water Pollution Control Act,” more commonly known as the “Clean Water Act.”

The Clean Water Act’s objective is to restore and maintain the chemical, physical and biological integrity of the nation's waters. Its goal was to have all the nation's waters fishable and swimmable by 1983 and have no discharge of pollutants into our waters by 1985. Despite not yet reaching these ambitious goals, the Clean Water Act has done more to restore the health of our rivers and streams than all other laws combined. So why are many or our rivers and streams in decline? Well, the problem has three parts.

First, polluters and friends of polluters have done everything they can to harm the Clean Water Act. In the courts, they have picked at every part of the act in their attempts to get more pollution into our waters. In the Congress, they have worked hard to elect those who would vote on ways of making the act irrelevant. And yes, even some people and organizations that you might think are for the environment have been willing to sacrifice some parts of the Clean Water Act for their version of 30 pieces of silver. Fortunately, the law has been able to survive these onslaughts against our right to clean water. However, as we approach the 40th anniversary of the Clean Water Act in October, polluters and friends of polluters are increasing the number and intensity of their attacks.

Second, although the first page of the act talks about control of both point source (coming out of a pipe or any similar source) and non-point source pollution, the document contains exemptions for agriculture, which for the most part is a non-point source polluter. To get the votes needed to pass the law in ‘72, Congress added this exemption which has turned out to be the major flaw in the act. This means that for the past 40 years it has been up to the states to stop pollution from agriculture—which hasn’t happened.

Third, what good is a law if it is not enforced? Over the years, the U.S. Environmental Protection Agency’s (EPA) enforcement of the Clean Water Act has waxed and waned with various administrations’ interest in protecting our rights to clean water, and with resources Congress budgets for it. If it were not for a provision in the law that allows citizens to act as attorney general when the states and federal government are not doing their jobs, it’s difficult to envision what our rivers would be like during the EPA’s worst enforcement periods. Until the EPA can “stand tall” all the time, there will continue to be a struggle to enforce the law.

All of this can be summarized in a simple sentence—There is money in polluting. If it’s cheaper for a polluter to pay a lawyer, legislator or someone else to allow him to pollute more, he’ll do it. And, although rivers and bays without pollution would have enormous economic benefits to all of us (fisheries, recreation, public health, etc.), the cost to polluters would increase, and they will fight to make this not happen.

So what can you do? Let your legislators know that healthy rivers and streams, and the safe drinking water that comes from them are important to you. Tell them that any attempt to weaken laws protecting our nation’s waters is wrong. We will do our best to inform you of legislative attacks on your right to clean water. Please help us in safeguarding one of America’s great laws, the Clean Water Act.