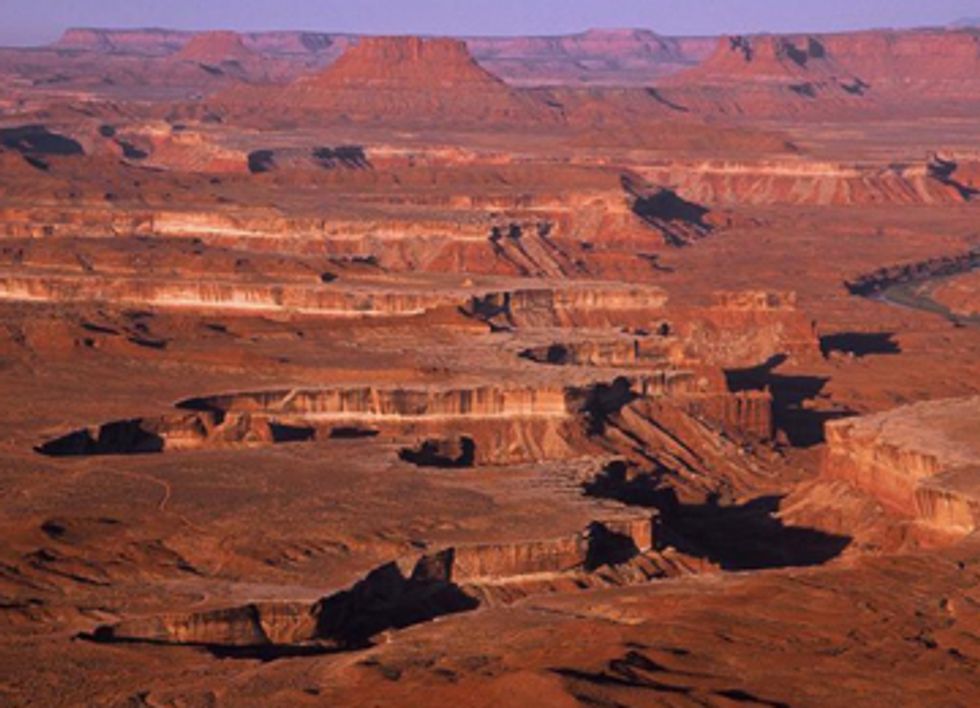 One of the things that makes America great is our cherished natural treasures. Millions of acres across our beautiful country are public, meaning they belong to us, the American people. But our public lands, many of America’s iconic landscapes, and the waterways that surround them, are under threat from fracking.

Canyonlands National Park from the Green River Overlook, in the Island in the Sky district, UT. This area could be threatened by fracking. Photo credit: Creative Commons Photo by Phil Armitage.

The Obama Administration recently proposed new rules for oil and gas fracking on federal lands managed by the Bureau of Land Management (BLM), including those in the national forest system, and federal lands that are nearby many treasured national parks.

Theodore Roosevelt and Grand Teton National Parks are just two of our treasured public lands threatened by the rapid expansion of oil and natural gas drilling and fracking. A dozen units of our National Parks already have oil and gas operations within them, while 30 units may be threatened in the future with drilling. Nationwide, the BLM estimates that 90 percent of new oil and gas wells on federal land are fracked.

Recent media reports say that the BLM in Colorado will be auctioning off nearly 12,000 acres of public lands for oil and gas drilling and the majority of those acres are located less than 10 miles from Mesa Verde, one of our iconic National Parks. Rocky Mountain National Park is already suffering air quality problems from drilling and fracking on nearby public lands. Southern Utah’s Arches and Canyonlands National Parks are surrounded by public lands targeted by industry.

Our cherished public lands face severe air and water pollution from the fracking boom. The animal and plant species dependent upon those lands face habitat loss. And people living and recreating on or near these public lands suffer many health threats.

BLM's proposed rules are too weak and pave the way for corporate profits at the expense of our American treasures. But we have an opportunity to tell the federal government to take the only real path to protect us and our national treasures. The BLM is seeking public comments on the proposed rules until Aug. 23.

Considering the conduct of companies engaged in fracking, the weakness of the government bureaucracies charged with regulating this industry, the cascade of new information and disclosures about the health and environmental perils associated with this extraction method, Waterkeeper Alliance has concluded that fracked gas is not the solution for our energy problems.

Instead of reducing our dependence on coal and leading us to a renewable energy future, the fracking industry threatens our health and environment, accelerates climate change, and presents the single greatest impediment to a long-term sustainable energy future.

Fracked gas and its illusions of cheap and “clean” energy threaten to lead us to carbon dependence for the next century, causing irreparable damage to our climate and imposing immoral costs to our children. The only way to ensure our transition to renewables and healthy future is to start saying no to the fracking industry with a unified voice.

Join Waterkeeper Alliance by adding your name to the list of citizens who want to tell President Obama and the Bureau of Land Management to ban fracking on public land.