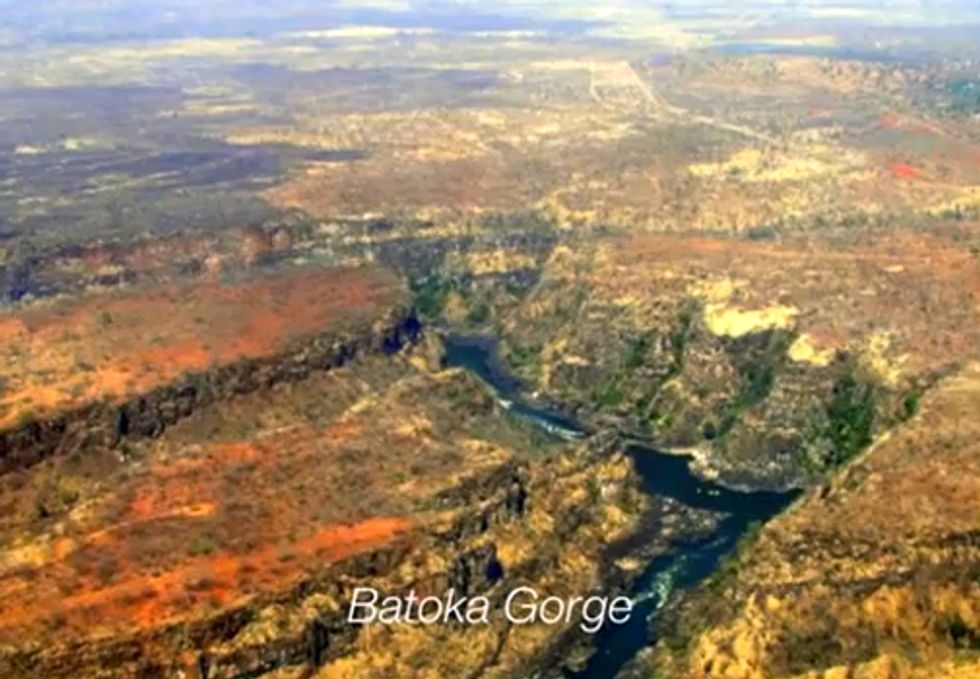 An in-depth study, A Risky Climate for Southern African Hydro, warns that new and proposed dams on Southern Africa’s largest river are ill-prepared to withstand the shocks of a changing climate. The result could be uneconomic dams that under-perform in the face of more extreme drought, and more dangerous dams that have not been designed to handle increasingly damaging floods.

Currently, 13,000 megawatts of new large-dam hydro is proposed for the Zambezi and its tributaries. The report finds that existing and proposed hydropower dams are not being properly evaluated for the risks from natural hydrological variability (which is extremely high in the Zambezi), much less the risks posed by climate change.

Dr. Richard Beilfuss—a noted hydrologist with extensive experience on the Zambezi—evaluated the hydrological risks to hydropower dams in the basin. Overall, Africa’s fourth-largest river will experience worse droughts and more extreme floods. Dams being proposed and built now will be negatively affected, yet energy planning in the basin is not taking serious steps to address these huge hydrological uncertainties.

“Ensuring energy and water security in the Zambezi River basin for the future will require new ways of thinking about river basin development,” notes Dr. Beilfuss. “We must avoid investing billions of dollars into projects that could become white elephants.”

The report’s key findings describe a region moving toward the edge of a hydrological precipice:

• The Zambezi basin exhibits the worst potential effects of climate change among 11 major sub-Saharan African river basins, and will experience the most substantial reduction in rainfall and runoff, according to the International Panel on Climate Change. Multiple studies estimate that rainfall across the basin will decrease by 10-15 percent.

• The basin is likely to experience significant warming and higher evaporation rates in the next century. Because large reservoirs evaporate more water than natural rivers, big dams could worsen local water deficits (and reduce water for hydropower). Already, more than 11 percent of the Zambezi’s mean annual flow is lost to evaporation from large hydropower dams’ reservoirs. These water losses increase the risk of shortfalls in power generation, and significantly impact downstream ecosystem functions.

• The designs for two of the larger dam projects proposed for the Zambezi, Batoka Gorge and Mphanda Nkuwa dams, are based on historical hydrological records and have not been evaluated for the risks associated with reduced mean annual flows and more extreme flood and drought cycles. Under future climate scenarios, these hydropower stations, which are being based on the past century’s record of flows, are unlikely to deliver the expected services over their lifetimes.

• The occurrence of more frequent extreme floods threatens the stability and safe operation of large dams. Extreme flooding events, a natural feature of the Zambezi River system, have become more costly downstream since the construction of large dams. If dams are “under-designed” for larger floods, the result could be serious safety risks to millions of people living in the basin.

• The Zambezi River is already highly modified by large hydropower dams, which have profoundly altered the hydrological conditions that are most important for downstream livelihoods and preserving biodiversity. The ecological goods and services provided by the Zambezi, which are key to enabling societies to adapt to climate change, are under grave threat. A recent economic study estimated that the annual total value of river-dependent ecosystem services for one Zambezi floodplain (the Zambezi Delta) ranges between US$930 million and $1.6 billion. The economic value of water for downstream ecosystem services exceeds the value of water for strict hydropower production. These services are not being properly valued in planning for large dams in the basin.

Rudo Sanyanga, Africa Programme Director for International Rivers, says: “Large-dam hydro poses not just economic risks, but also adaptation risks. Africa has been called the continent ‘most at risk’ of climate change. Successful adaptation will require new ways of thinking about water resources. We need to act now to protect our rivers as sources of livelihoods and food security.”

The report recommends a series of steps to address the coming storm of hydrological changes, including changes to how dams are planned and operated.

“The region’s energy planners and governments must acknowledge these hydrological risks, and take steps to improve planning and management of large dams in the basin,” notes Beilfuss. “At minimum, existing and future dams should undergo a thorough analysis of climate risks.”