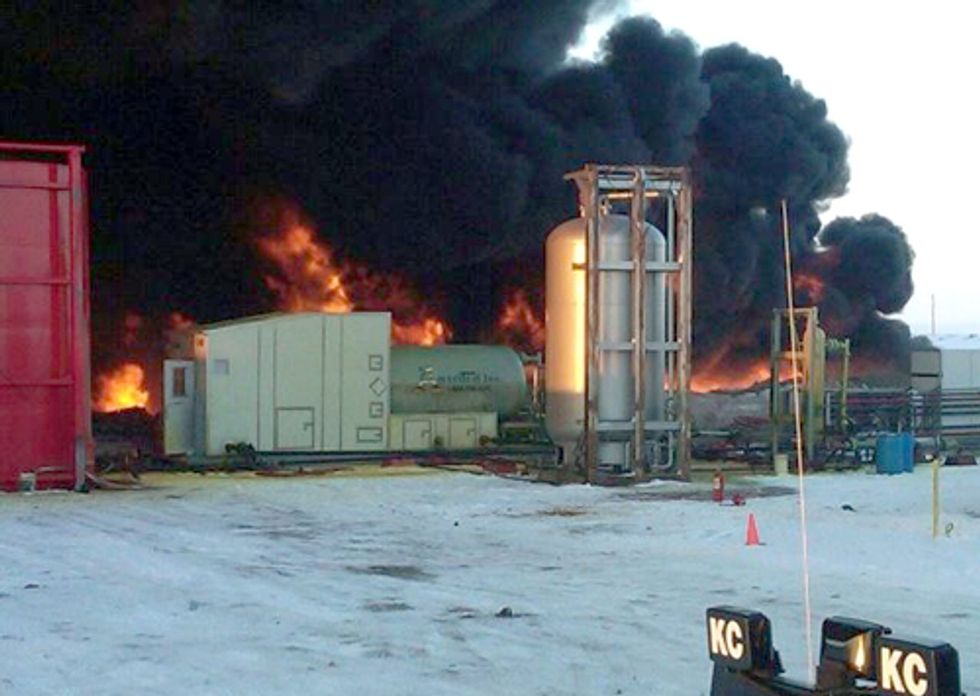 Used with permission of Switchboard - NRDC

Several recent media reports have described plans by a Canadian gas company, GasFrac Energy Services, Inc., and the Tioga County Landowners Association to drill gas wells using the unconventional technique of fracturing with liquefied petroleum gas (LPG). Troublingly, representatives of the parties have indicated that their intention is to circumvent the on-going environmental review of fracking in New York—which has resulted in the current de facto moratorium on any new high-volume fracking—by using an alternative fracking agent, i.e., LPG instead of water.

LPG’s main constituent is propane, a highly flammable, and hence explosive gas. It is used in a few limited locations as an alternative to fracking with a water-based fracking fluid, but has not, to our knowledge, ever been used in the Marcellus Shale.

Yesterday, Natural Resources Defense Council (NRDC), together with 14 of our allies and a well-respected geologist, sent a letter to New York Department of Environmental Conservation Commissioner Joe Martens making clear our position that any application to frack with LPG in New York would trigger the need to undertake a new full environmental review. In short, LPG fracking—and its particular risks and impacts—is not analyzed in either the most recent draft supplemental generic environmental impact statement or the earlier 1992 oil and gas development GEIS. As such, it cannot legally be undertaken in New York absent the preparation of a full environmental review that evaluates its risks.

And it does present real risks—including some that are different in nature from those associated with “traditional” fracking. First and foremost is the risk of explosion—a risk highlighted by two major explosions last year at GasFrac well sites that injured fifteen workers and caused the company to suspend all of its operations for two weeks.

Other hazards relate to the trucking of thousands of gallons of LPG to well sites; compressing and re-condensing the LPG for reuse; mixing the LPG with chemicals, which, as with water-based fracking, is necessary for LPG fracking; and the generation of wastewaters contaminated with not only the usual toxic fracking brew but also explosive gas.

Give them points for creativity, I suppose, but don’t give GasFrac and Tioga County Landowners any permits for propane fracking in New York without first subjecting it to thorough review.