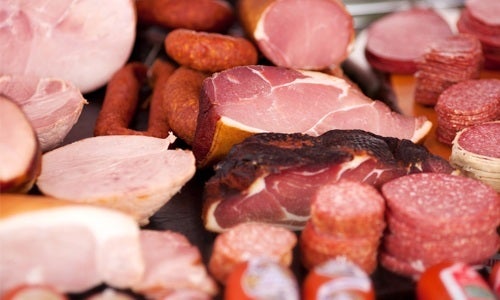 Bad news for bacon lovers. Processed meat, such as sausage, hot dogs, ham and bacon, was officially classified today as “carcinogenic to humans based on sufficient evidence in humans that the consumption of processed meat causes colorectal cancer,” according to a new report from the International Agency for Research on Cancer (IARC), the cancer agency of the World Health Organization.

However, one expert (via The Independent), emeritus fellow at the Institute of Food Research Dr. Ian Johnson, cautions against putting the risk on the same level as that from tobacco smoke:

“Although there is epidemiological evidence for a statistically significant association between processed meat consumption and bowel cancer, it is important to emphasize that the size of the effect is relatively small, and the mechanism is poorly defined.

“It is certainly very inappropriate to suggest that any adverse effect of bacon and sausages on the risk of bowel cancer is comparable to the dangers of tobacco smoke, which is loaded with known chemical carcinogens and increases the risk of lung cancer in cigarette smokers by around 20-fold.”

Friends of the Earth’s senior food campaigner, Clare Oxborrow, had this to say:

“This should be a wake-up call that our diets urgently need to change. Evidence shows that high meat diets not only harm our health, they damage our environment too. Experts have warned that unless we eat less meat globally, we will fail to meet our climate change targets. Polls show that consumers are willing to eat less meat, and now this research should shake the Government into bold action. The government should do more to help people access healthy, sustainable diets, with less and better quality meat.”

And David Wallinga, a physician who writes for NRDC, said the finding shows “Americans’ love affair with meat” has a “supersized impact on public health.” He adds, “It would not be good medicine to wait longer before strongly advising the public to eat less red meat and especially less processed meat.”

“Bottom line: Eat less and better meat,” says Wallinga. “Better for you, better for the planet.”

6 Ways Your Home Can Make You Sick