Can Probiotics Improve the Health of Your Brain? 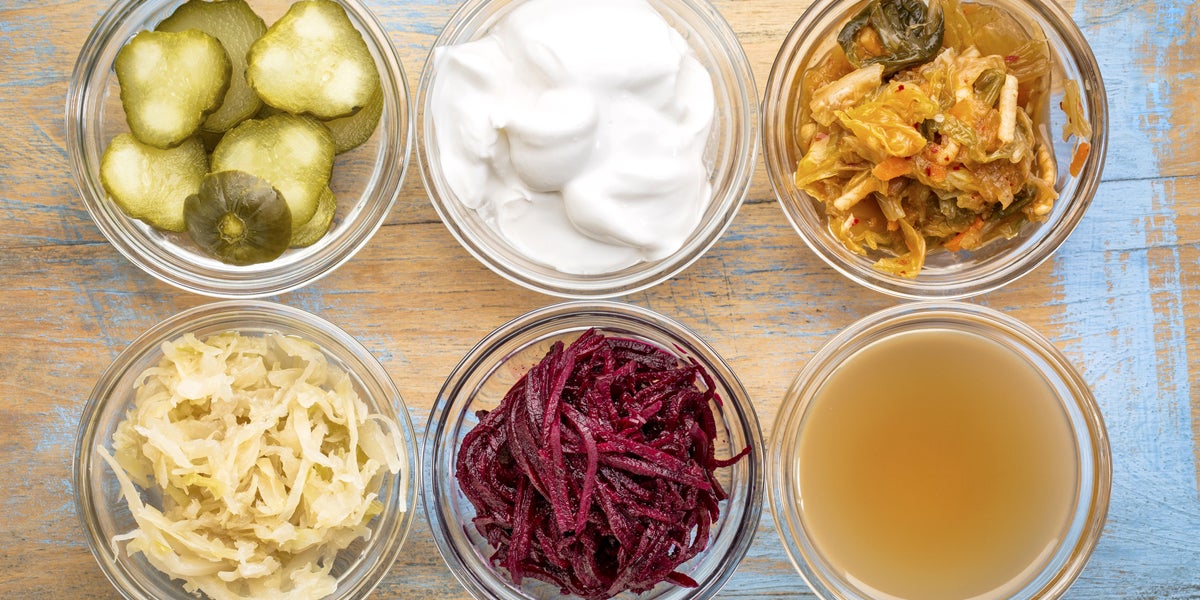 Did you know that there are roughly 40 trillion bacteria living in and on you?

Most of these bacteria reside in your gut and don’t cause any health problems.

In fact, scientists have begun to realize that these bacteria are essential for your physical health.

Now compelling new research has found these bacteria may also be beneficial for your brain and mental health.

This article explains how your brain is affected by gut bacteria and the role probiotics may play.

The word “probiotic” is derived from the Latin words “pro,” meaning to promote and “biotic,” meaning life.

Importantly, in order for a certain species of bacteria to be termed “probiotic,” it must have a lot of scientific evidence behind it showing a specific health benefit.

Unfortunately, the word probiotic has become overused by food and pharmaceutical companies who were calling some bacteria probiotics even if they had no scientifically proven health benefit.

However, there is a lot of new scientific evidence showing that some bacterial species have true benefits for health.

They may benefit those with conditions including irritable bowel syndrome (IBS), eczema, dermatitis, unhealthy cholesterol levels and liver disease (2, 3, 4, 5, 6).

Most probiotics belong to one of two types of bacteria: Lactobacillus or Bifidobacteria. There are many different species and strains within these groups and they may have different effects on the body.

Bottom Line: Probiotics are live microorganisms that have a proven health benefit for the body.

How Are Your Intestines and Brain Connected?

The intestines and brain are connected physically and biochemically.

The physical connection between the intestines and brain is through the central nervous system, which controls all of the activities of the body.

The vagus nerve is a large nerve that sends signals between the intestines and brain (7).

The brain is also connected to the intestines through your gut microbes. Molecules that they produce can act as signals that the brain can detect (7).

In the past, scientists have estimated that a person has approximately 100 trillion bacterial cells in their body and only 10 trillion human cells, meaning your own cells are outnumbered by 10 to 1 (8).

However, recent estimates suggest that you have roughly 30 trillion human cells and 40 trillion bacteria. This is still pretty impressive and means that, by number of cells, you are more bacteria than human (9).

The majority of these bacteria are in your gut, so they’re in direct contact with the cells that line your intestines and with everything that enters your body. That includes food, medicines and microbes.

Alongside your gut bacteria, there are many other microbes, such as yeasts and fungi. Collectively, these microbes are known as the gut microbiota or gut microbiome (10).

Each of these bacteria can produce different compounds, such as short-chain fatty acids, neurotransmitters and amino acids. Many of these substances have effects on the brain (11).

In addition to producing brain-altering substances, gut bacteria can also influence the brain and central nervous system by controlling inflammation and hormone production (12, 13).

Bottom Line: There are thousands of different species of bacteria in the human body, mostly in the intestines. In general, these bacteria are good for your health and may even influence brain health.

An Altered Microbiota May Contribute to a Number of Diseases

The term “gut dysbiosis” refers to when the intestines and gut bacteria are in a diseased state. This may be due to the presence of disease-causing bacteria, which may also lead to chronic inflammation.

An altered microbiota has been observed in people with obesity, heart disease, type 2 diabetes and other diseases (14, 15, 16, 17).

Some studies have shown that certain probiotics can restore the microbiota to a healthy state and reduce symptoms of these diseases (18, 19, 20, 21).

Interestingly, some studies have shown that people with certain mental disorders also have an altered microbiota. However, it is unclear if this is a cause of such diseases or the result of an altered diet and lifestyle (22, 23, 24, 25).

Since the gut and brain are connected and gut bacteria produce substances that can influence the brain, probiotics may be able to benefit the brain and mental health.

A number of recent studies have investigated this, but most have been in animals. However, a few have shown interesting results in humans.

Bottom Line: A number of diseases, including mental disorders, are associated with higher disease-causing bacteria in the intestines. Some probiotics may be able to restore healthy bacteria to reduce symptoms.

Stress and anxiety are increasingly common and depression is one of the leading causes of disease worldwide (26).

A number of these disorders, especially stress and anxiety, are associated with high blood levels of cortisol, the human stress hormone (27, 28, 29).

Only one study has examined how probiotics affect patients with clinically diagnosed depression.

In the study, consuming a mixture of three Lactobacillus and Bifidobacteria strains for eight weeks significantly reduced depressive symptoms. The probiotic also reduced inflammation in the patients (30).

A handful of other studies have examined how probiotics affect depressive symptoms in healthy subjects. In healthy people, certain probiotics may reduce:

Irritable bowel syndrome (IBS) is directly related to the function of the colon, but the disease is sometimes considered a psychological disorder (37, 38).

Anxiety and depression are common in IBS sufferers. Interestingly, people who have IBS also tend to have an altered microbiota (39, 40, 41).

Many studies have shown that certain probiotics can reduce symptoms of IBS, including pain and bloating (42, 43, 44).

In healthy people without a psychological disorder, some probiotics may help improve mood.

The researchers found that taking the supplements reduced participants’ negative thoughts associated with a sad mood (45).

Another study showed that consuming a milk drink containing a probiotic called Lactobacillus casei for three weeks improved mood in people who had the lowest mood before the treatment (46).

Interestingly, this study also found that people scored slightly lower on a memory test after taking the probiotic. Further research is needed to validate these results.

Bottom Line: A few studies have shown that taking certain probiotics for a few weeks may slightly improve mood.

Certain Probiotics May Have Benefits After Traumatic Brain Injury

Traumatic brain injury usually involves admission to an intensive care unit. During this time, food is usually administered enterally, meaning through a tube.

In some cases, breathing also has to be assisted with a tube, which can increase the risk of infection. Infections in people with traumatic brain injuries can lead to further complications.

A few studies have found that adding certain probiotics into enteral nutrition can reduce the number of infections in the patients with traumatic brain injury and the length of time they spend in the intensive care unit (47, 48, 49).

The effects of the probiotics on these outcomes may be due to their benefits for the immune system.

Other Beneficial Effects of Probiotics on the Brain

A handful of other studies have shown that probiotics may have interesting benefits for the brain.

One intriguing study looked at images of women’s brains after they consumed a mix of Bifidobacteria, Streptococcus, Lactobacillus and Lactococcus strains.

Consuming the probiotic affected regions of the brain that control emotion and sensation (50).

Other studies have shown that providing specific probiotics may reduce certain symptoms of multiple sclerosis and schizophrenia, but much more research is needed (51, 52).

Bottom Line: Some probiotics may influence the function of the brain and symptoms of multiple sclerosis and schizophrenia. However, this research is still very new, so the results aren’t clear.

Should You Be Taking a Probiotic for Your Brain?

At the moment, there is not enough evidence to definitively say that probiotics benefit the brain. Therefore, they cannot yet be considered a treatment for any brain-related disorders.

If you’re looking to treat such disorders, consult a doctor.

That said, there is good evidence that probiotics can benefit other aspects of health, including heart health, digestive disorders, eczema and dermatitis (3, 4, 5, 53).

Thus far, scientific evidence does show a clear connection between the gut and the brain. It’s an exciting area of research that is expanding rapidly.

A healthy gut microbiota can usually be obtained by a healthy diet and lifestyle. A number of foods such as yogurt, sauerkraut, kefir and kimchi usually contain beneficial bacteria.

If necessary, taking probiotic supplements can help you increase the beneficial bacterial species in your intestines. In general, consuming probiotics is safe and causes few side effects.

If you’re buying a probiotic, choose one that has scientific evidence behind it. Lactobacillus GG (LGG) and VSL#3 have both been widely studied and shown a number of health benefits.

Bottom Line: Probiotics have been shown to benefit other aspects of health, but not enough research has been done to definitively demonstrate whether probiotics have positive effects on the brain.

Although the research is promising, it is too soon to recommend any probiotic specifically to boost brain health.

Still, current evidence gives some food for thought about how probiotics may be used to enhance brain health in the future.