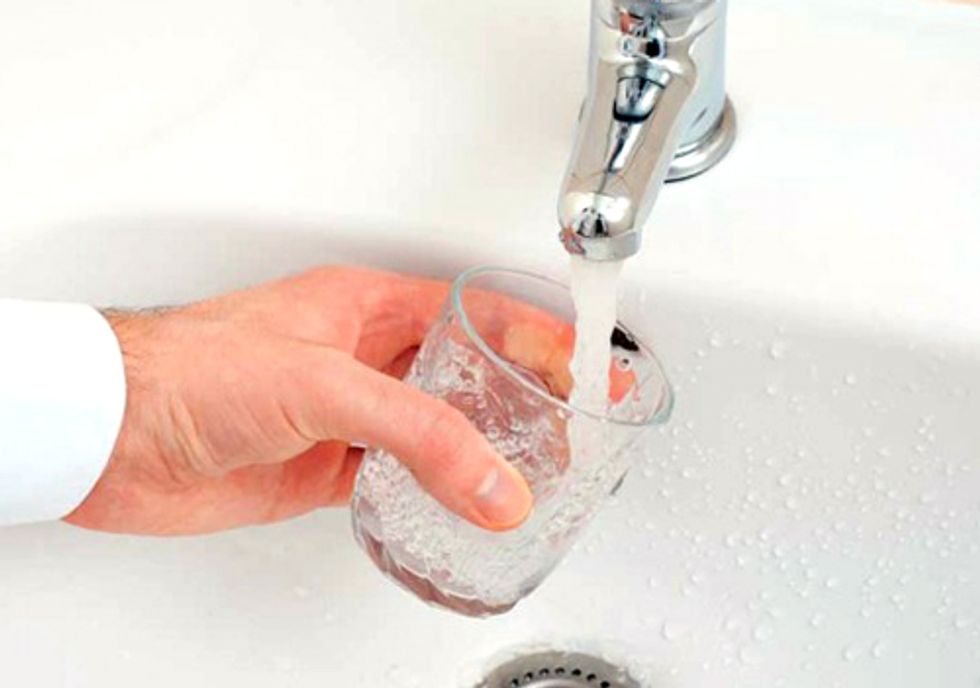 An influential trade association representing companies that provide water services to one in four Americans says it will continue its membership with the American Legislative Exchange Council (ALEC), a conservative group that has worked with the energy industry to create loophole-filled water protections and opposes federal oversight of fracking.

The National Association of Water Companies (NAWC) represents the far-reaching privatized water utility industry that serves “nearly 73 million people every day,” according to the association’s website. NAWC represents more than 150 private water companies, each of whom pay an annual fee to the association. Its board of directors is drawn from the leadership of some of the country’s largest water companies.

NAWC works with ALEC to persuade state and local officials to adopt policies favorable to the private water industry. NAWC declined to comment on when it first became involved with ALEC and the amount it pays in annual dues. According to The New York Times, ALEC “is primarily financed by more than 200 private-sector members, whose annual dues of $7,000 to $25,000 accounted for most of its $7 million budget in 2010.”

ALEC connects its corporate members with state legislators to create model bills on a variety of issues. In recent weeks, high-profile companies like Coca-Cola, McDonald’s and Kraft Foods have dropped their ALEC memberships after the organization’s support for controversial gun rights legislation and voter identification laws was exposed. Following the uproar, ALEC announced it would eliminate its task force that dealt with “non-economic” issues.

ALEC has also been active on issues surrounding hydraulic fracturing, or fracking, a controversial drilling technique in which millions of gallons of water—mixed with sand and chemicals—is forced into the ground. Fracking can generate substantial revenues for some water companies, but environmentalists fear that it has the potential to put drinking water resources at risk.

Last week, The New York Times reported that ALEC’s model legislation requiring disclosure of the chemicals used in fracking—which the paper reported was backed by ExxonMobil—includes “loopholes that would allow energy companies to withhold the names of certain fluid contents, for reasons including that they have been deemed trade secrets.”

ALEC also staunchly opposes federal oversight of fracking by the EPA. According to ALEC, the EPA is creating a “regulatory train wreck.”

Asked if the NAWC planned to continue its ALEC membership despite ALEC’s stances on fracking regulation, the trade association defended its involvement.

Jessica Knight, NAWC’s director of strategic relations & communications , said in an emailed statement: “At the core of NAWC’s mission is education of local decision makers on the role private water companies can play in helping communities provide their residents with safe, reliable water service. We belong to a wide range of organizations that include those individuals in their membership, such as the U.S. Conference of Mayors, the National League of Cities, the International City/County Management Association, and ALEC, just to name a few. Our involvement is limited to the educational part of our mission, described above.”

But Knight sought to distance the water industry from ALEC’s environmental policies, telling The American Independent that NAWC supports regulation by the EPA.

“As for hydraulic fracturing (commonly known as hydrofracking), NAWC supports regulation of these activities by the EPA and its partner agencies,” said Knight. “Though NAWC understands the need for sound energy policy, our nation’s drinking water supplies must be protected.”

NAWC has also partnered with the EPA on issues like water conservation.

While Knight wouldn’t comment directly on the “trade secret” loophole reportedly pushed by ALEC, she did emphasize the importance of requiring disclosure of chemicals used in fracking.

“Drinking water systems need information about chemicals used in hydraulic fracturing activities, as well as the amount and sources of water to be used, in order to address potential impacts on communities and their drinking water supplies,” Knight said.

NAWC has worked closely with ALEC on issues relating to privatization.

At ALEC’s 2011 annual meeting, NAWC Executive Director Michael Deane participated in a panel called “Tapping the Private Sector to Save Money and Improve Performance,” according to documents obtained by the group Common Cause.

The panel was moderated by Geoff Segal, an expert on privatization who previously worked at the libertarian Reason Foundation. Segal currently sits on Virginia Governor Bob McDonnell’s Commission on Government Reform & Restructuring, whose mission includes seeking out “means to more effectively and efficiently perform core state functions, including potential privatization of government operations where appropriate.”

Promoting public-private partnerships is a top policy priority for the NAWC.

According to the NAWC, Deane’s participation in the ALEC panel was limited to discussion of public-private infrastructure partnerships and was not related to hydraulic fracturing, and Deane did not vote on what model legislation should be adopted.

NAWC’s involvement in ALEC is not the only example of the private water industry’s entanglement with groups whose interests are seemingly at odds with the protection of drinking water resources. Two of the country’s biggest private water utility companies—American Water and Aqua America—are dues-paying members of a powerful industry coalition in Pennsylvania that lobbies to expand fracking. Both companies are on the NAWC’s board of directors.