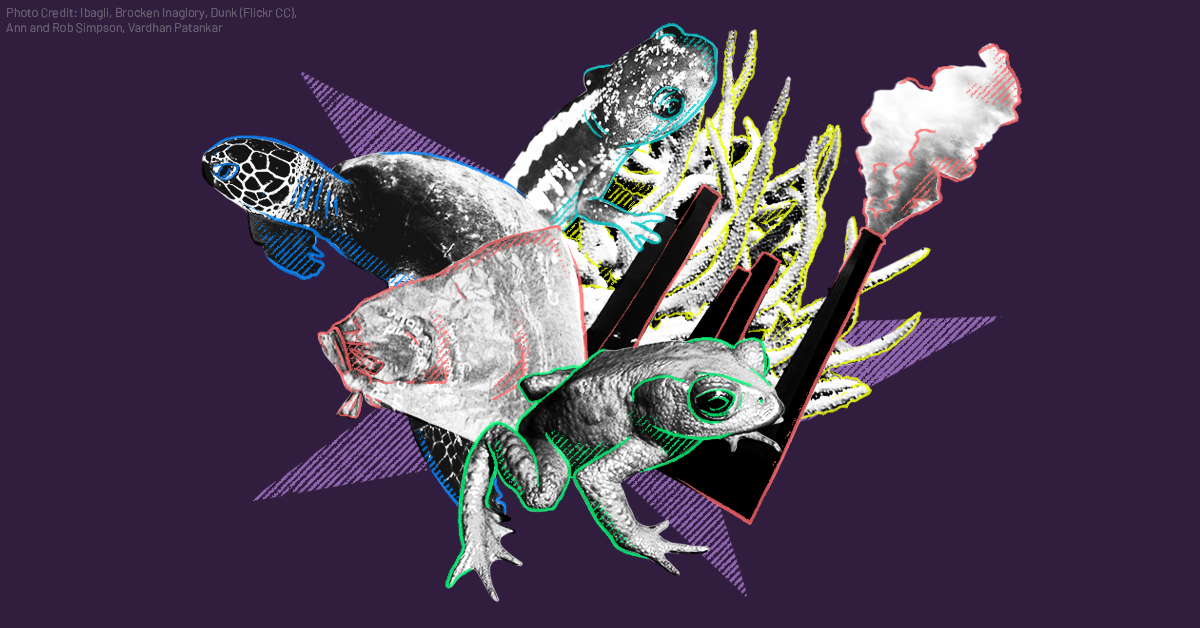 The major broadcast and cable news networks largely neglected to cover a landmark United Nations (UN) report on a devastating decline in biodiversity.

On the day the report was released, three of the networks — ABC, NBC and MSNBC — aired no prime-time coverage of it, while the other three networks each aired one prime-time segment. Out of 26 total prime-time news programs on the networks, only three reported on the UN assessment.

A summary report released by the UN on May 6 finds that about 1 million plant and animal species are at risk of extinction due to expansive human development. The current extinction rate is “at least tens to hundreds of times higher than it has averaged over the past 10 million years.” The global assessment, compiled by hundreds of experts with data drawn from thousands of studies, is the most comprehensive look yet at the rapid decline in planetary biodiversity. The report points to a number of human activities that are affecting biodiversity, including overfishing, poaching, farming, mining, logging and polluting. Climate change is also playing a large role in fueling the biodiversity crisis. And the loss of biodiversity in turn threatens humans by endangering water and food supplies and heightening the risks from floods and hurricanes.

The full report is set to be published later in 2019. But even with this summary, the authors show that the biodiversity and climate crises are directly intertwined, ultimately painting a grim picture about the state of our natural world.

Media Matters analyzed the major broadcast networks’ nightly news programs on May 6, as well as cable news coverage from 4 p.m. to midnight.

On the broadcast networks, neither ABC’s World News Tonight nor NBC Nightly News mentioned the UN biodiversity assessment. Significant segments on these networks instead focused on a Russian airplane fire, former Trump attorney Michael Cohen reporting to prison, and the birth of a royal baby in Britain. CBS Evening News was the only broadcast nightly news program to air a segment on the biodiversity report.

It should come as no surprise that ABC’s flagship news program failed to cover the report; the network’s news shows consistently lag behind their broadcast competitors in covering climate change. In 2018, ABC aired less than 11 minutes of climate coverage on its nightly and Sunday morning news programs, far less than its counterparts. In fact, ABC has spent less time on climate coverage than CBS and NBC every year since 2013.

On Cable, MSNBC Failed to Mention the Biodiversity Report in Its Prime-Time Coverage

None of the prime-time news shows on MSNBC on May 6 mentioned the UN biodiversity assessment. Much of the news coverage on the network that night focused on the Mueller report.

The only prime-time cable shows to mention the global assessment were CNN’s The Lead with Jake Tapper and Fox News’ Special Report with Bret Baier. Coverage on The Lead was straightforward, while Special Report‘s coverage was riddled with skepticism. Baier, who is billed as one of Fox’s “news”-side reporters, began the segment by saying, “Many environmentalists are in a panic tonight over a new report,” but “as in all such cases, some humans say the report and the response are exaggerations.” The segment included commentary from industry-funded climate denier Marc Morano, who has no background in science. Morano downplayed the report and accused the UN of being a “self-interested lobbying organization.” (The Morano footage had run previously on another of Fox’s “news”-side programs, Shepard Smith Reporting.)

By Neglecting a Major Report About Threats to Life on Earth, TV Networks Are Failing Their Viewers

The extinction of threatened species will have serious human consequences. One takeaway from the UN assessment is the need to promote a better understanding of the fact that nature is the foundation for human development and all life on Earth. The media has a responsibility to help build an informed citizenry that understands the world it inhabits. By giving this report far too little attention, top TV networks have failed their audiences.

Media Matters analyzed coverage on May 6 on the major broadcast networks’ nightly news programs (ABC’s World News Tonight, CBS Evening News, and NBC Nightly News) and on shows airing from 4 p.m. to midnight on the major cable news networks (CNN, Fox News and MSNBC). We identified segments on the UN biodiversity assessment by searching IQ Media and Nexis for the terms (nature or biodiversity or extinction or extinct or climate or species or planet) and (report or study).

Ted MacDonald is a researcher with the climate and energy program at Media Matters, where he has worked since June 2018.