Prevention as Cure: Breast Cancer and the Environment 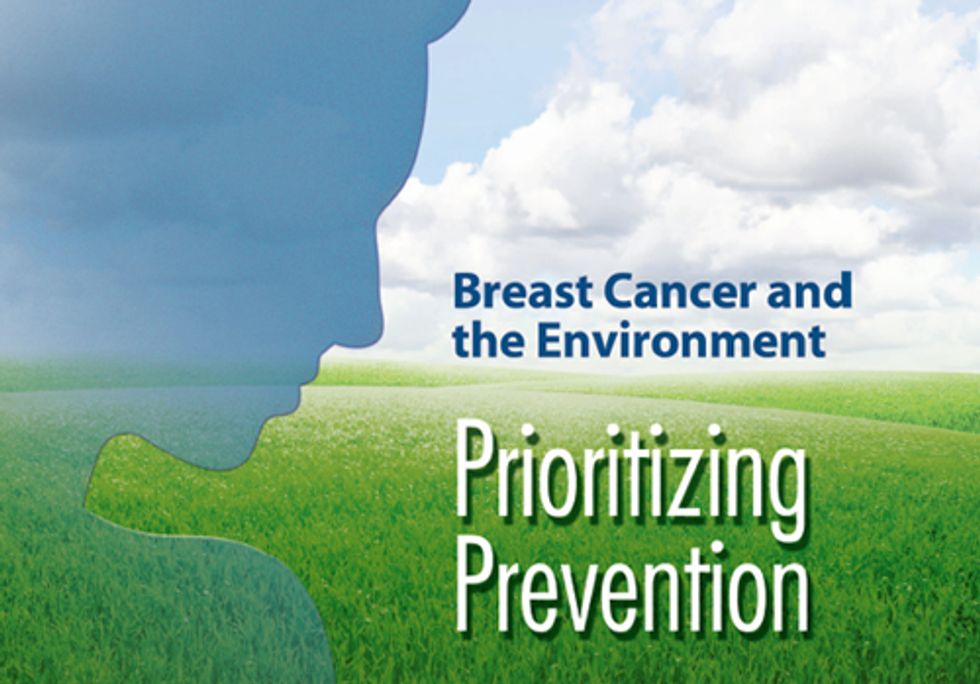 Breast cancer is a personal issue for too many of us. For six years I have watched the disease overtake a very dear friend’s life. First diagnosed at 32, she underwent radical treatments—surgeries, radiation and chemo—and three years later faced metastatic breast cancer that is now ravaging her body.

She is one of the three million women in the U.S. currently facing, or who have been treated for, breast cancer. She is also one of a growing number of women under 50 getting the disease with no family history of breast cancer.

Many women today live longer with or after the disease due to remarkable advancements in medicine, but treatment is not a path anyone would choose. It takes a heavy emotional and physical toll, and often comes with serious impacts on a woman’s life, such as the loss of fertility and the risk of recurrence. Medical costs for treatment of breast cancer totaled $17.35 billion in 2012. And even with advances in treatment, in 2012, more than 40,000 women died from the disease.

The question every woman must ask is: “What can I do to prevent the disease for myself or my daughter?”

Like virtually all diseases, breast cancer has both genetic and environmental risk factors. Although we can’t alter genes that might make us more susceptible, we can do things to reduce risks in our environment. But to do so, we need to know what those risk factors are. It turns out that some of them come from products we use in our households every day.

A new report just released by the federal Interagency Breast Cancer and Environment Research Coordinating Committee (IBCERCC) details what we know–and don’t know–about the environmental contributors to the risk of breast cancer and outlines a much-needed and long-sought blueprint for research that would support breast cancer prevention.

Faced with rising health care costs and the physical and emotional burdens of the disease, we should heed the words of Ben Franklin: an ounce of prevention is worth a pound of cure.

In addition to a detailed review of the state of the science on breast cancer and environmental risk factors, the report made a number of significant recommendations that reflect important characteristics of the breast itself.

The breast is highly dynamic. It undergoes multiple periods of rapid change over the course of a woman’s life: from conception to puberty, pregnancy, lactation and menopause. The breast is also full of hormone receptors.

For these reasons, the Committee recommends greater attention to chemicals with estrogen-like activities and to exposures during the multiple critical windows of breast development. The Committee calls for greater research into the effects of chemical exposures on the breast and the development of chemicals tests to improve our ability to identify breast carcinogens.

It might come as a surprise that the government doesn’t have standard tests for assessing whether a chemical used in an everyday household or personal care product might be a breast carcinogen, let alone require such testing. Breast cancer patients and survivors might find it even more troubling that some chemicals, such as bisphenol A (a chemical I’ve written a book about) used in everyday products like food cans and receipt paper, can mimic the effects of estrogen and interfere with the effectiveness of some breast cancer treatment drugs.

There are promising efforts to develop tests that would detect chemical breast carcinogens. A consortium of researchers, including scientists from the University of California-Berkeley, the non-profit breast cancer research group at the Silent Spring Institute, and the cross-agency government program Tox21, are working together on a project to develop chemical testing to better predict breast carcinogens. They described this work at a recent meeting Environmental Defense Fund (EDF) held as part of our new initiative on advancing chemical testing in the 21st century to make it more relevant to public health.

To accelerate such testing efforts, however, we need a legal mandate. Few chemicals used in food, personal care products and household cleaners have undergone any testing for cancer risk, and even fewer have been tested for effects that might occur during critical periods of breast development. This is because the laws governing chemicals used in these products do not require chemical manufacturers to conduct these tests.

Recognizing this fundamental policy failing, the Interagency Breast Cancer and Environment Coordinating Committee’s report echoes calls from prestigious scientific bodies and health organizations to reform chemical policy, including changes to the nation’s main chemical safety law, the Toxic Substances Control Act of 1976 (TSCA), which has not been substantially updated in 37 years.

Breast cancer is largely a preventable disease. To reduce the risks of chemical exposures, we need tests that accurately detect breast carcinogens, and we need policies that demand such testing. Both are achievable in the near term, but to get there we need to make clear we won’t tolerate the status quo. Make your voice heard. Let’s work to prevent breast cancer and get toxic chemicals out of our products, our homes and our lives.