Preventing Diabetes: Yet Another Reason to Go Vegetarian

Type 2 diabetes—the type that’s often connected to unhealthy diet and lifestyle—has become an epidemic in the U.S. The Centers for Disease Control and Prevention (CDC) estimates that more than 29 million Americans have it, up from an estimate of 26 million in 2010. The CDC says that 86 million adults—more than one in three—have prediabetes, with their blood sugar levels are higher than normal but not high enough to be classified as type 2 diabetes and that without changing their diet and exercise habits, 15-30 percent will become diabetic within five years. Once widely known as adult onset diabetes because it most commonly appeared in middle age or later, it’s now found even in elementary school age children, hand in hand with the rise in obesity. 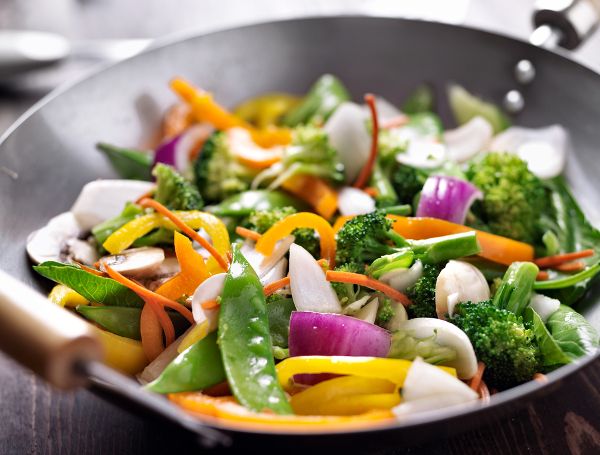 Whether or not you have diabetes, vegetables are good for you, so eat up!

“These new numbers are alarming and underscore the need for an increased focus on reducing the burden of diabetes in our country,” said Ann Albright, director of CDC’s Division of Diabetes Translation. “Diabetes is costly in both human and economic terms. It’s urgent that we take swift action to effectively treat and prevent this serious disease.”

“A plant-based diet is about as powerful as taking an oral diabetes medication,” he says.

Since one of the first things a doctor will tell a prediabetic patient to do is lose weight, replacing meat in your diet with vegetables just makes good sense. Vegetarians tend to eat fewer calories a day than carnivores, although that won’t be true if you replace meat with sugary junk food. But as a prediabetic, you’d better not be doing that, since the disease is all about the body’s inability to metabolize sugar.

The CDC also says, “Another important part of diabetes management is reducing other cardiovascular disease risk factors, such as high blood pressure, high cholesterol and tobacco use.”

“A simple diet change, if it’s done in the right way, can help on multiple health variables, save money and help people to live in a  much more healthful way,” says Dr. Barnard.