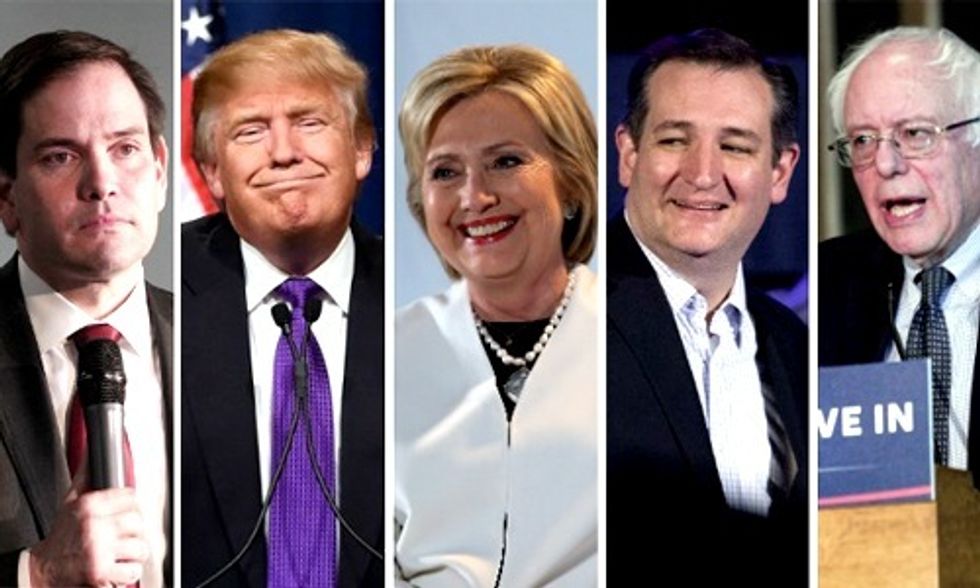 As millions of Americans cast their votes on Super Tuesday, many of the candidates used the opportunity to address climate and clean energy.

At a rally in Kentucky, Donald Trump promised to revive the struggling coal industry if elected president. Ted Cruz also promised to end the “war on coal” in an earlier speech in Wyoming.

In his victory speech after winning his home state of Vermont, Bernie Sanders reiterated the need for policy to combat climate change, saying, “the science is clear." Hillary Clinton pledged ​to create an America powered entirely by clean energy.