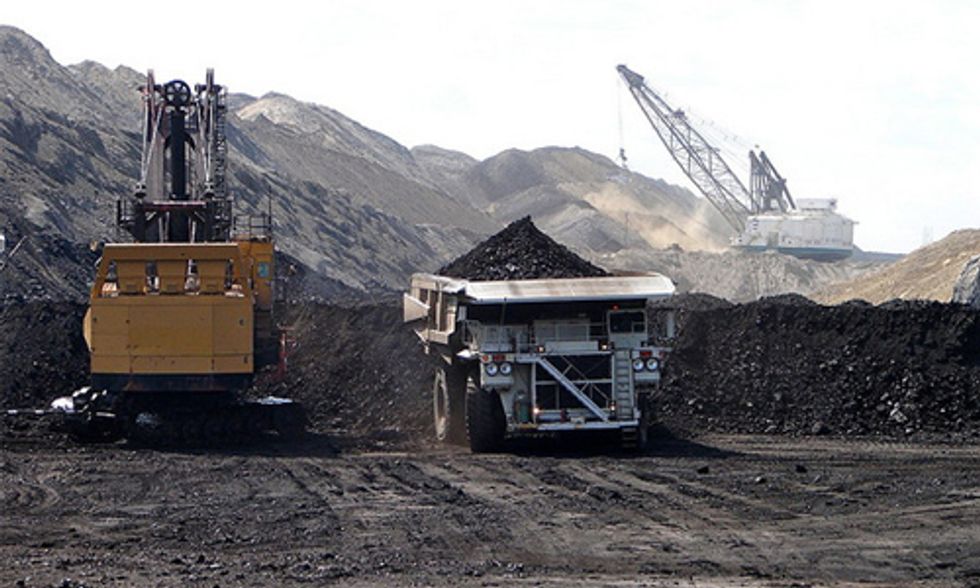 On Friday across our nation and the world conscientious members of churches, motivated students at universities and schools and civic-minded employees of many U.S. cities will join together in calling on the institutions that they love to take an act of fiscal prudence and global conscience to ensure that we have a future worth fighting for.

The Bureau of Land Management has leased 2.2 billion tons of coal on public lands, roughly equivalent to more than 3.9 billion metric tons of carbon when burned. Photo credit: eastcoalfax/Flickr

As a part of Global Divestment Day, they will be asking the leaders of their churches, schools and cities to divest from companies that extract and burn fossil fuels.

So far, the rapidly growing fossil fuel divestment movement has focused on investment assets of academic, religious and municipal institutions. While that’s a smart starting point, it misses a huge opportunity and challenge: expanding targeted assets to include those owned by all Americans. I’m referring to the coal, oil and gas that underlie our public lands and waters, the carbon that belongs to all of us.

Last year, a full quarter of all fossil fuels produced in the U.S. came from our public lands, our nation’s single biggest source which created a whopping $110 billion in royalty, rents and bonus payments to the U.S. treasury. Divestment won’t reach its full moral promise until we divest from burning the fossil fuels we all own.

Luckily, ending the sale of public carbon is very simple. Selling off future reserves is entirely up to the President. Without having to wait for a do-nothing Congress, President Obama can stop new sales from proceeding with the stroke of a pen. That federal divestment would be a real climate legacy.

A credit to the energy and brilliance of its activists, fossil fuel divestment is probably the fastest growing environmental movement. Divestment groups have formed on hundreds of college campuses in just the last couple years.

A few groups have already won. Some are staging massive campus protests, while Harvard students are suing their university to force divestment. Thirty U.S. cities have agreed to divest and organizations as diverse as the Rockefeller Brothers Fund and the Oxford Diocese of the Church of England are getting their money completely out of coal, oil and gas companies.

It makes sense. Fossil fuels are a bad financial bet. Late last year, the Wall Street Journal reported that the eight coal-mining stocks traded on the New York Stock Exchange were down an average of 29 percent in 2014. With solar and wind now achieving price parity, coal is going the way of the Betamax.

But fossil fuel divestment is about much more than money. We just experienced the world’s hottest year in history, part of the trend of the 14 hottest years on record occurring in just the last 15 years. To continue to profit from coal, oil and gas dooms our children and grandchildren to a world that will be increasingly inhospitable. We each face an unassailable moral imperative to divest completely from the fossil fuel business.

While many Americans have financial connections to fossil fuel companies through the investments of our towns, churches, colleges and retirement funds, all Americans have collective ownership of vast coal, oil and gas reserves sold off daily from our public lands and waters.

Ending extraction of the fossil fuels we all own is the moral equivalent of divestment by the churches and schools we attend. Just like our towns, churches, colleges and retirement funds have been investing in fossil fuels without most of us ever thinking about it, our government has been doing the same. And in the same way that college kids are calling for universities to divest, all Americans must demand the same of our government.

Of course, just as student energy is fueling the divestment campaigns on campuses, locking down our public carbon is not going to happen without sustained public pressure.

But there is every reason to believe that a campaign for our collective divestment from the public land fossil fuel business can take off just as quickly. The stakes are as high as the future health of our planet and it is surely our highest moral imperative not to sell that future for our own quick buck.

Obama has the authority to cut U.S. fossil fuel production by 25 percent. It’s our job to show our support for such a bold, brave and necessary move.

50 of the World’s Largest Cities Ranked by People, Planet, Profit