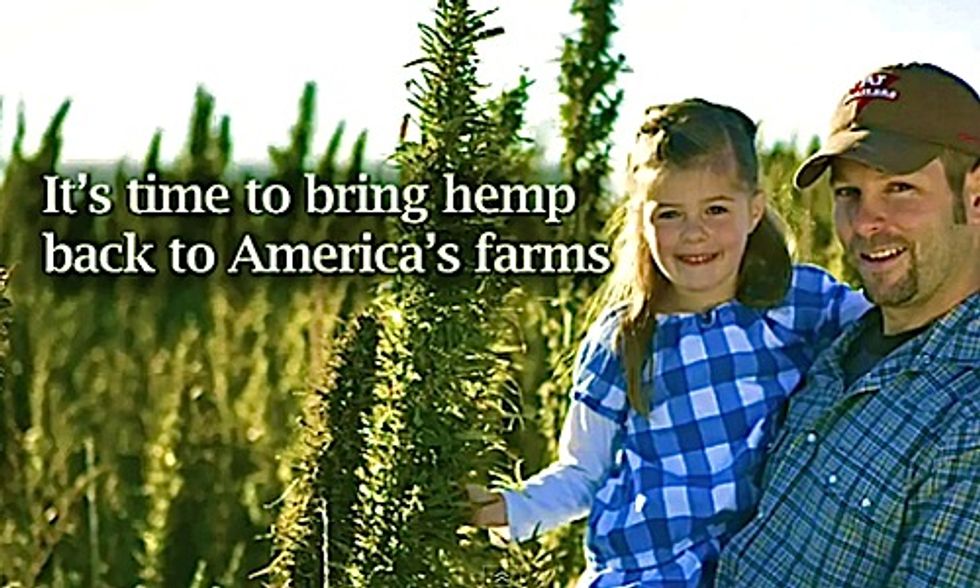 Vote Hemp, the nation’s leading grassroots hemp advocacy organization working to revitalize industrial hemp production in the U.S., is excited to report that President Obama has signed the Farm Bill which contains an amendment to legalize hemp production for research purposes.

“With the U.S. hemp industry estimated at over $500 million in annual retail sales and growing, a change in federal law to allow colleges and universities to grow hemp for research means that we will finally begin to regain the knowledge that unfortunately has been lost over the past fifty years,” says Vote Hemp President Eric Steenstra.

“This is the first time in American history that industrial hemp has been legally defined by our federal government as distinct from drug varieties of Cannabis," Steenstra continued. “The market opportunities for hemp are incredibly promising—ranging from textiles and health foods to home construction and even automobile manufacturing. This is not just a boon to U.S. farmers, this is a boon to U.S. manufacturing industries as well.”

Visit EcoWatch’s FOOD and BIODIVERSITY page for more related news on this topic.