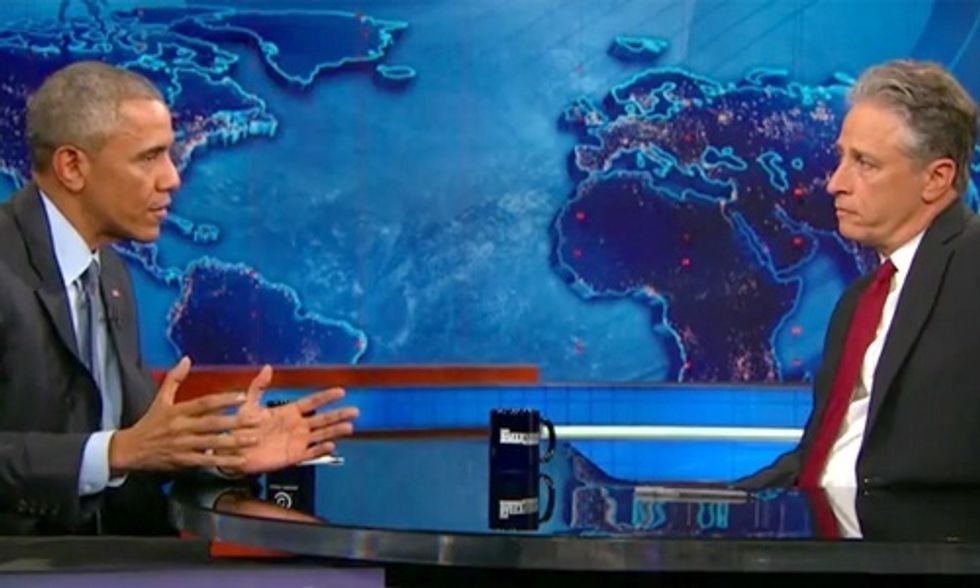 President Obama made his seventh and final appearance on The Daily Show with Jon Stewart. Obama lamented, "I can't believe that you're leaving before me." POTUS then quips, "In fact, I'm issuing a new executive order that Jon Stewart cannot leave the show." And then adds, "It's being challenged in the courts."

I'm with you, Mr. President. At EcoWatch we are so sad to see Jon Stewart go. He's tackled climate deniers in Congress and ripped Gov. Christie over the staggering Exxon spill settlement in New Jersey and his political favors to the hog industry. Stewart has also slammed media outlets (his favorite: Fox New and Friends) for their coverage (or lack thereof) of important issues, all the while doing it in an absolutely hilarious way. He will be missed.