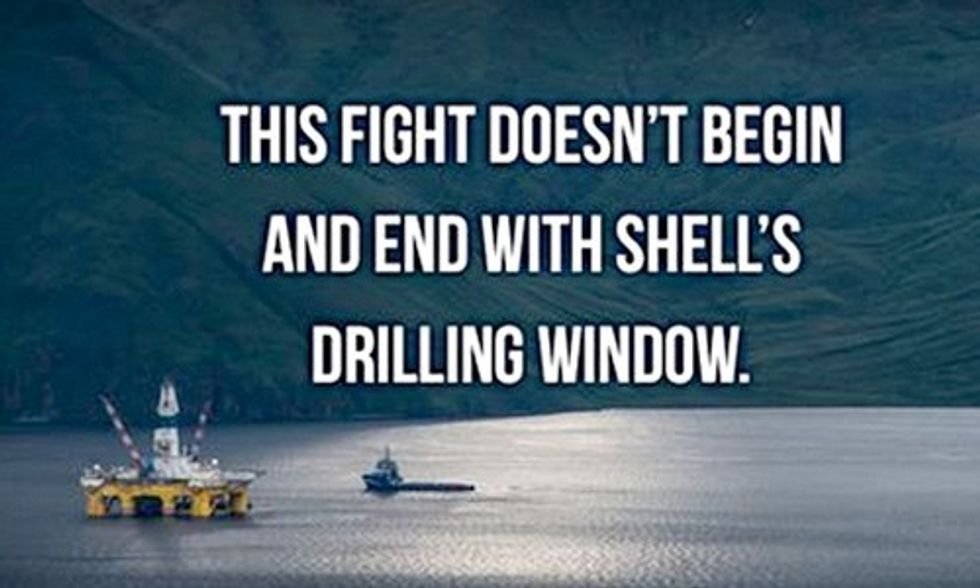 Yesterday, President Obama said climate change puts Alaska at the "front lines of one of the greatest challenges we face this century," and yet today he approved Shell’s plans to drill for oil in the Alaskan Arctic. The President cannot have it both ways. Announcing a tour of Alaska to highlight climate change the day before giving Shell the final approval to drill in the Arctic ocean is deeply hypocritical.

This approval means the Obama administration is leaving the fate of the Arctic up to Shell this summer. But that doesn’t mean the future of the Arctic has to be in Shell’s hands.

Shell has its permits, but this fight is not over. Speak up NOW to #SaveTheArctic! http://t.co/daMGUSrdG5 #ShellNo pic.twitter.com/udfCe7zzr2

While President Obama has made some progress during his term on reducing emissions through measures like the recent Clean Power Plan, his environmental legacy will be determined by the steps that he takes to keep fossil fuels in the ground.

The Obama administration should know better than to bend over backwards to approve such a reckless plan. The President has seen how big the movement to save the Arctic and to keep fossil fuels in the ground has become, and it’s only going to get bigger if he doesn’t put a stop to this catastrophic plan.

Shell applied for the permit once its damaged icebreaker, the MSV Fennica, was close to the drill site off the North Slope of Alaska. The Obama administration required the Fennica, which carries the capping stack, to be on-site and fully repaired before Shell is allowed to drill into oil-bearing zones. The Fennica was repaired at a dry dock in Portland after the vessel was damaged near Dutch Harbor. Last month, Greenpeace activists on the St. John’s Bridge blocked the Fennica as it was leaving Portland.