President Obama, Fracking is Part of the Climate Change Problem, Not Solution 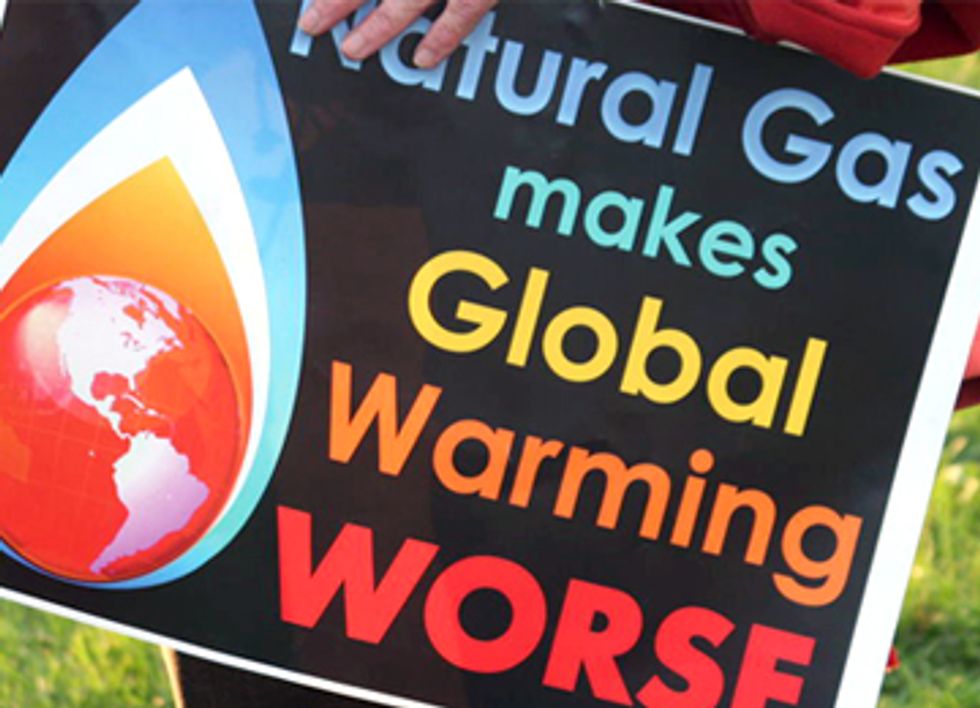 Increased natural gas and oil development is part of the climate change problem, not the solution.

President Obama should know this. His own agencies are effectively telling him so.

NOAA studies based on actual measurements of methane emissions from natural gas development, transport and consumption, report that the methane leakage rate is much higher than commonly assumed. It’s so high, in fact, that natural gas—from gas well to consumption—is more harmful to climate than coal because methane is a much more powerful greenhouse gas than carbon dioxide.

Yet, later in the same plan the President promotes the increased use of natural gas—mentioning it in the same breath as renewables.

The recent shale gas boom is made possible by hydraulic fracturing. And at the same time shale gas’ methane leakage problem is increasing climate change, this boom is also depleting the precious water resources that are being made increasingly scarce by climate change. And communities are paying the price. For example, drilling-impacted Texans are increasingly concerned about the millions of gallons of water necessary to frack each well, with some towns starting to run dry.

“All of the above” may have been a winning energy campaign strategy. But climate change doesn’t answer to campaign contributors.

And it’s not just environmentalists that think so. A recent report by U.S. military advisors stated our choice clearly:

Our consumption of oil and other fossil fuels contributes to climate change, which poses growing risks to our infrastructure, livelihoods, and national security. Using more natural gas and oil, even if domestically produced, neither frees our economies from global oil prices nor checks the greenhouse gas emissions that threaten future generations. The only sustainable solution to this dual challenge is to improve our energy efficiency and diversify our energy sources to include cleaner and renewable power.

The President has an important choice to make. He can choose to ignore science—as climate change deniers still do—and support dirty fossil fuels like fracking-enabled oil and gas development, and the Keystone XL tar sands pipeline. Or he can follow common sense, and his own scientists, and shift the resources and brainpower that have supported dirty energy to instead encourage the use of conservation and renewables.

The right choice is clear as the clean energy future we all are looking for.