President Obama Admits Keystone XL Will Not Be a Job Creator 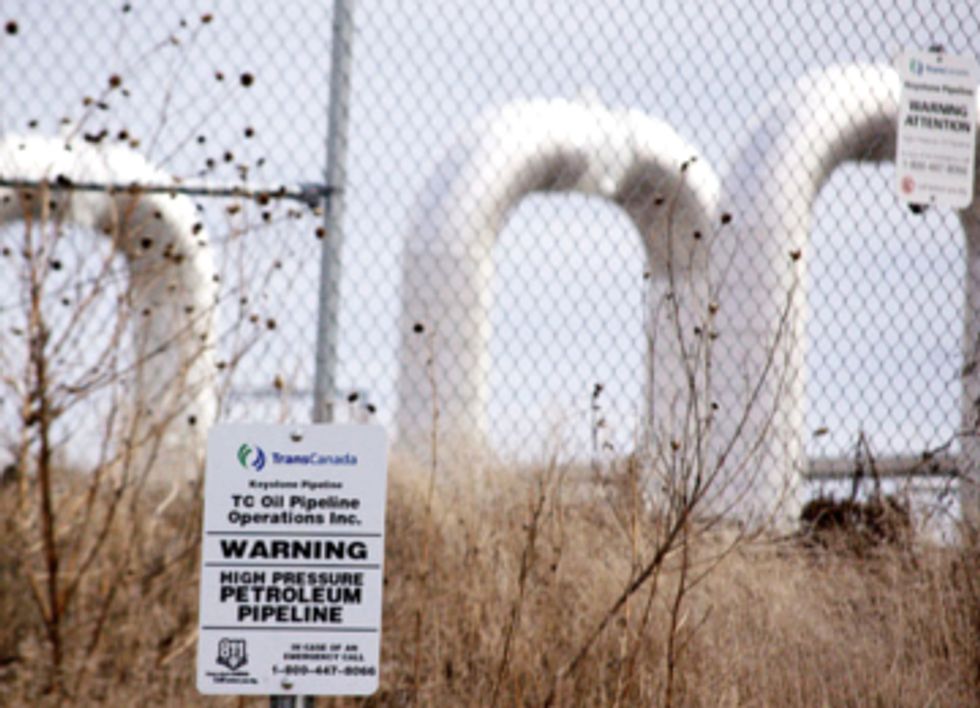 In an interview with the New York Times on July 27, President Obama asserted that construction of the Keystone XL pipeline would create approximately 2,000 jobs. The President’s claim is consistent with both the findings of the Cornell Global Labor Institute’s 2011 study, Pipe Dreams? Jobs Gained, Jobs Lost by the Construction of the Keystone XL Pipeline on the job impacts of the project and the State Department’s latest assessment (SDEIS, March 2013).

“TransCanada and the American Petroleum Institute have argued that the project will create tens of thousands, if not hundreds of thousands of jobs, and our data revealed that these assertions were false and the job numbers highly inflated and based on flawed methodology," Sweeney continued. "Cornell’s more careful and comprehensive study, as well as the State Department’s analysis, revealed that the construction of the pipeline will produce far fewer jobs than TransCanada has claimed—only about 2,000 direct construction jobs a year for the two-year life of the project.”

The Cornell report showed that the pipeline would create approximately 2,500 direct construction jobs per year over the two-year life of the project. This number was affirmed in March 2013 when the State Department used TransCanada’s own numbers to analyze the job impacts of the pipeline, based on the current project definition for Keystone XL (Canada to Steele City, NE, plus two new pumping stations in Kansas).

The State Department found that the project would employ 3,900 full time workers for one year, or less than 2,000 workers per year, spread out over the expected two-year construction period. Nearly all of the jobs related to the project would last less than one year—4 months, 6 months or 8 months. Therefore, average annual employment is based on the number of construction workers multiplied by the construction period in weeks divided by 52 weeks in a year. The President’s numbers were therefore correct.

Both Cornell’s and the State Department’s job assessments also found that only 10-15 percent of the construction workers would be hired locally—in the states where the pipeline is being constructed, and that the number of permanent jobs related to the project would be minimal—35 permanent employees would be required for Keystone XL’s operation.

In addition to the direct construction jobs that would be created by the construction of the Keystone XL pipeline, the Cornell Global Labor Institute also found that TransCanada significantly inflated the number of indirect and induced jobs that the project would create by inflating the overall project budget. TransCanada has claimed it is a $7 billion project. It arrived at this number by including money that will be spent in Canada and funds that had already been spent in the U.S. at the time when its own commissioned study was released.

“A much smaller project budget means a lot less jobs,” says Lara Skinner, co-author of the Cornell study. “The U.S. is facing a serious unemployment problem and this problem should not be trivialized by TransCanada Corporation vastly overestimating the number of jobs that will be created by Keystone XL.

Ian Goodman and Brigid Rowan of the Goodman Group, Ltd., partnered with Sweeney and Skinner in the production of the Cornell report.