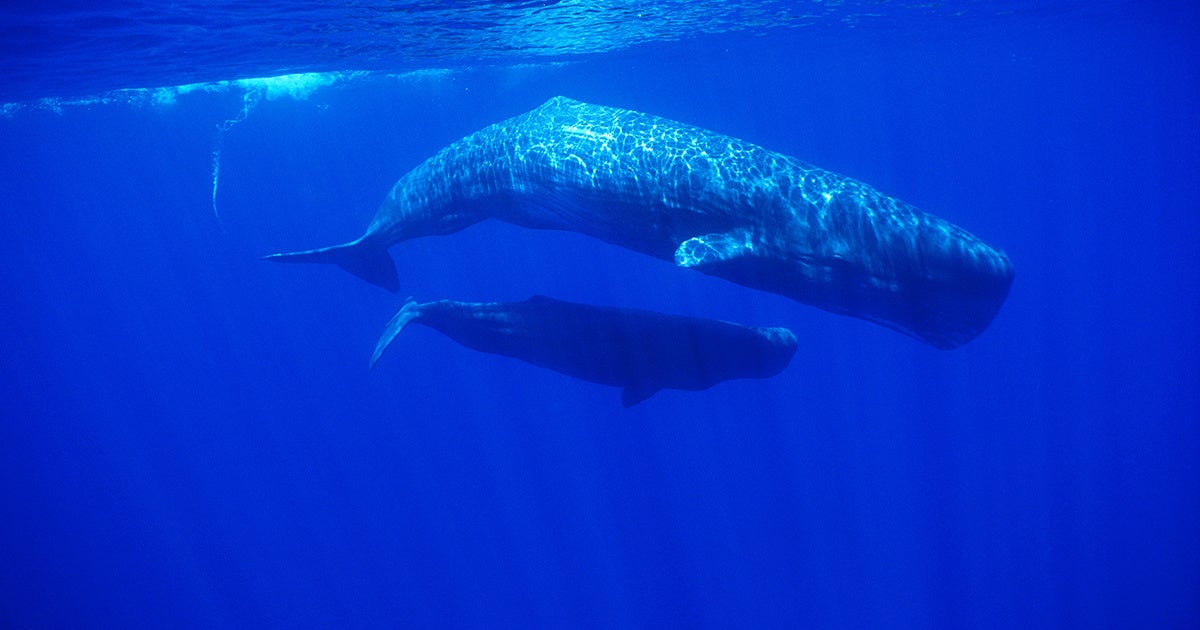 A sperm whale and calf in the Atlantic Ocean. Perrine Doug / Getty Images

A pregnant sperm whale washed up dead on a beach in Sardinia last week with 22 kilograms (approximately 48.5 pounds) of plastic in its stomach. This is the second whale in two weeks to be found dead with plastic in its belly: a male Cuvier’s beaked whale was found in the Philippines after ingesting 88 pounds of plastic bags.

“It is the first time we have been confronted with an animal with such a huge quantity of garbage,” University of Padova biologist Cinzia Centelegghe told the Turin daily La Stampa of the dead sperm whale, as the Associated Press reported.

The whale was 26 feet long and pregnant. Bittau said that she had probably aborted her fetus before she washed up on a beach in the tourist town of Porto Cervo.

“The fetus was in an advanced state of composition,” Bittau said.

Bittau told CNN that the cause of the whale’s death is still to be determined by veterinarians in Padua in the north of Italy. However, experts said that she had been unable to digest calamari because of the plastic that had filled two-thirds of her stomach, according to the Associated Press.

Italian Environment Minister Sergio Costa posted a picture of the dead whale on Facebook, along with calls for action on plastic pollution.

“We’ve used the ‘comfort’ of disposable objects in a lighthearted way in the past years and now we are paying the consequences. Indeed the animals, above all, are the ones paying them,” he wrote, according to CNN.

He said he would propose a law allowing fishermen to bring plastics recovered at sea back to shore for disposal. He also said that Italy would be one of the first countries to implement an EU ban on single-use plastics passed last week. Finally, he called on mayors and local leaders to pass bans on plastics in cities and coastal towns.

“The war on disposable plastic has begun. And we won’t stop here,” he said, as CNN reported.

Environmental group WWF said that at least five other whales had died from ingesting plastics in Europe and Asia in the last two years. In Europe, between 150,000 and 500,000 tons of larger plastic items and 70,000 to 130,000 tons of microplastics find their way to the surrounding seas each year, the group said, as the Associated Press reported.

Another sperm whale died in Italy near Naples last December with plastic bags and a nylon thread in its stomach, but the plastic was not determined to be the cause of death.

This is heartbreaking, and needs to be a wakeup call to #rethinkdisposable
—
Death by Plastic: 64 Pounds of Trash in Whale's Digestive System, via @EcoWatchhttps://t.co/QZEgiIN0xH