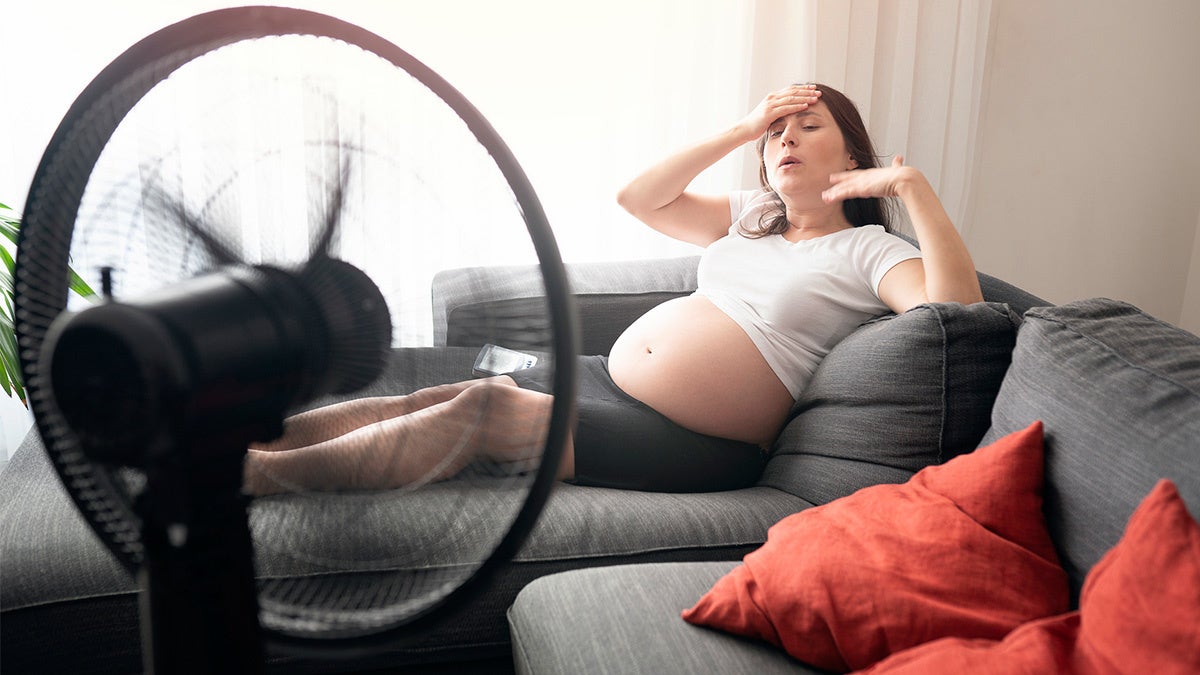 But, children born just two or three weeks early are at slightly higher risks of respiratory problems, like asthma, later in childhood. About 1 in 10 children in the U.S. are born more than three weeks before their due date, which qualifies them as “preterm” and puts them at higher risks for much worse outcomes.

Hot weather is one potential risk factor in early deliveries because heat exposure can increase the mother’s level of oxytocin, a hormone that regulates delivery. Despite the plausible link, questions remain about the number of deliveries affected by hot weather every year in the U.S. or if hot weather accelerates the timing of delivery by hours, days or weeks.

I’m an economist who has spent much of my decade-long career investigating how weather affects human health, with a focus on child and maternal health. I got started down this career path in 2008 because I wanted to understand why infant health is much worse today in hotter parts of the U.S., like Louisiana. Now, I work on these issues to help identify unknown health-related threats from climate change.

Map: The Conversation, CC-BY-ND. National Center for Health Statistics / Get the data

My latest work with Jessamyn Schaller at Claremont McKenna, published in the Dec. 2, 2019 issue of Nature Climate Change, focuses on the effect of hot weather on early deliveries. We compiled 56 million birth records from the U.S. over the 1969-1988 time period. We then matched the recorded county of birth to daily weather data to see if hot weather does, in fact, lead to earlier deliveries.

But, there were two data challenges we needed to overcome.

First, hotter places have other problems, many of which aren’t related to the climate. More people in Mississippi, for example, do not have health insurance.

To get around this challenge, we analyzed time periods with unpredictably hot weather, which we define as an excess of days with maximum temperatures of 90 degrees Fahrenheit (32 degrees Celsius) or higher for a given county and time of year. This approach controls for slow-moving societal changes that affect infant health independent of the weather, like access to health care.

Second, measuring pregnancy duration (or what obstetricians call gestational length) is difficult. Pregnancies technically begin on the start of the last menstrual period prior to conception. Some mothers might recall this date, but the data suggest that there’s a lot of guessing going on, either on the hospital’s or the mother’s side.

Here’s where our study gets creative. We tested for shifts in the timing of deliveries. Take a hypothetical example: We might observe 10 more births than average in DeKalb County, Georgia, one of many counties in our data, on an unusually hot day for that time of year. Supposing the hot weather caused those births to occur two days early, we should observe 10 fewer births than average for DeKalb County two days later after the hot weather subsides. With this approach, we only need data on weather and birth dates, and not the start date of the pregnancy.

Our estimates imply that about 5% more children are born on unpredictably hot 90 degree-plus Fahrenheit days than would be expected. In total, hot weather caused about 25,000 babies each year to be born earlier than they would have otherwise in the U.S. The average loss is about six days of gestation. But, the losses were potentially as large as two weeks for some births.

This isn’t the first study to consider how weather might influence fetal health. A number of studies look at preterm delivery (less than 37 weeks gestation), although using very small samples. Our creative approach and large dataset enabled us to calculate weather-related reductions in gestational lengths across the entire U.S.

Unfortunately, we can’t give the specific reason why hot weather causes earlier deliveries. It may or may not be because hot weather increases oxytocin and induces labor. And, it’s not clear how much worse off these children will be as they grow into adulthood for being born a little early, especially since we can’t tell whether the births qualify as preterm or early term. But, one recent study did find that fetal exposure to hot weather has lasting impacts into adulthood.

The risks for women delivering early are likely to increase in the coming years with climate change. Of course, the exact reductions in gestational length are difficult to predict because it’s unclear what our future world is going to look like once 90 degree-plus F (32 degree-plus C) days become much more frequent.

But, to give you a sense of the magnitude, we predicted that more hot weather from climate change would induce about 42,000 additional deliveries annually in the U.S. by the end of century. That’s more than 1 in every 100 births.

Air conditioning is likely to be an important solution, and is something we see in our data. But, without using greener air conditioners and renewable energy sources it will make climate change worse.

Given air conditioning is costly, climate change is likely to not only be a threat to child health, but would also put a financial strain on many households’ tight budgets.

Alan Barreca is an associate professor of environmental economics at the University of California, Los Angeles.
Disclosure statement: Alan Barreca received funding to conduct this research from the California Strategic Growth Council.
Reposted with permission from The Conversation.