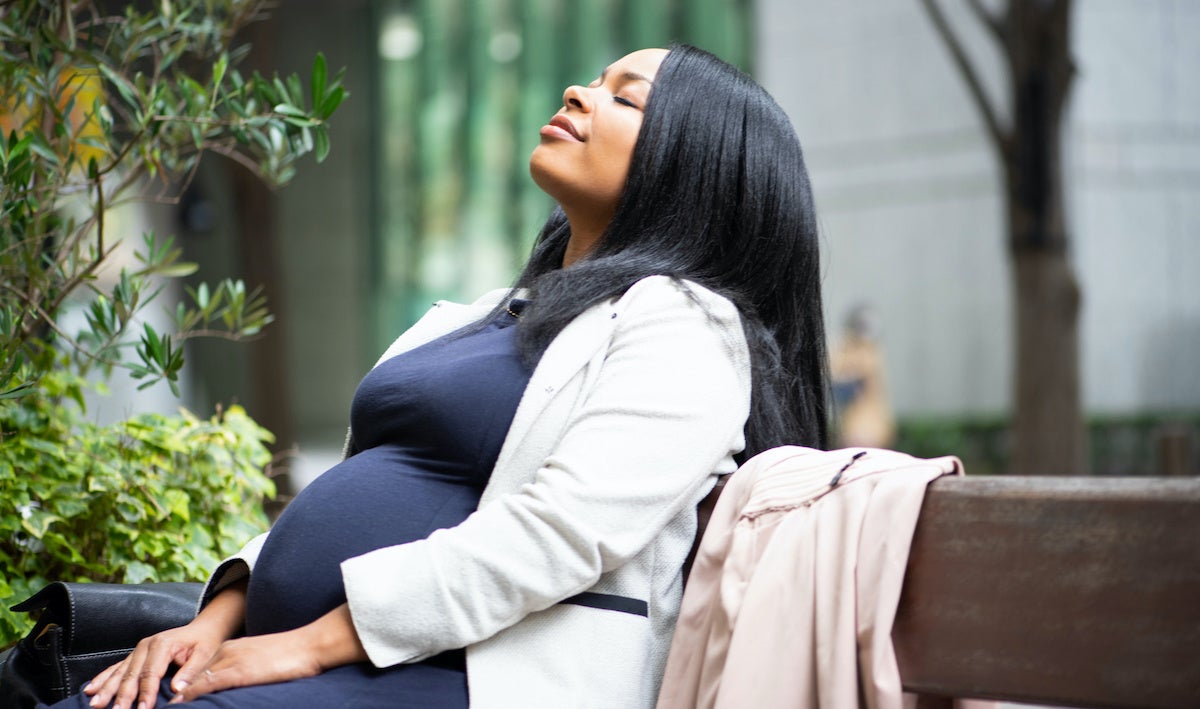 New research adds to the growing evidence that African American communities are bearing the brunt of the climate crisis. electravk / Moment / Getty Images

The evidence is in and it’s bleak. More than a decade of research and a robust review of studies found that as air pollution and heat increases so do adverse outcomes in pregnancy, according to a new investigation, as The Guardian reported.

The research published on Thursday in the Journal of the American Medical Association looked at 32 million births across 68 studies in the U.S. It found that women who were exposed to air pollution or higher temperatures were more likely to have children who are premature, underweight or stillborn. Like with many health-related outcomes, African Americans were hit disproportionately hard by the increases in air pollution and heat.

As The New York Times noted, the research adds to the growing evidence that racial minority communities are bearing the brunt of the climate crisis since they are much more likely to be hotter and closer to polluting industries.

Nathaniel DeNicola, an assistant professor of obstetrics and gynecology at George Washington University’s School of Medicine and Health Science and an author on the paper, told The Hill that while much of the current media coverage is focusing on Black men and police brutality, this paper highlights the systemic disparities for Black women, too.

“When you talk about climate, people think about severe weather, big storms or huge fires … but we wanted to talk about the impacts that are common and widespread and ongoing and also are rarely attributed to the climate crisis,” said Bruce Bekkar, a co-author of the study and a retired obstetrician, as The Guardian reported.

“We are already having generations weakened from birth. There’s just no way we can allow that to happen, and I would like to see not just mothers and their husbands and kids show up at council meetings, but I’d like to see many more health professionals involved in calling for legislation that reduces the ongoing and really pretty scary health burdens of the climate crisis.”

The exposures to the climate crisis are exacerbating the problems that African American women already face. According to a 2019 report from CDC researchers, Black women are three to four times more likely than white women to die from pregnancy-related issues, while Black infants are more than twice as likely to die as white infants, as InStyle reported.

Catherine Garcia Flowers, a field organizer in Houston for Moms Clean Air Force, an advocacy group, told The New York Times the paper was evidence that the federal government needed to increase air pollution regulations. “This is a moment of reckoning for racial injustice and health disparities,” she said. “Doing nothing about air pollution, which so clearly has a greater impact on Black Americans, is racism in action.”

These new findings are particularly worrying as the Trump administration has rolled back regulations on car and power plant emissions, tried to prop up the coal industry, and relaxed oversight on industries. Furthermore, the COVID-19 pandemic has made traditional summer cooling spots like public pools, movie theaters and shopping malls off-limits due to social distancing guidelines, as Human Rights Watch noted.

The review found that as heat increased, so did instances of premature birth and low birth weight, both of which can lead to cognitive deficits and physical problems through childhood and later in life.

In addition to looking at pregnancy outcomes as the planet heats up, the researchers zeroed in on two pollutants, smog and fine particulate matter — both are increasing as the climate crisis intensifies. The bulk of the studies reviewed showed that ozone and PM 2.5 are associated with preterm births, low birth weights and stillbirths. One study found that high exposure to air pollution during the final trimester of pregnancy was linked to a 42 percent increase in the risk of stillbirth, as The New York Times reported.

“Reducing air pollution and fighting climate change is a matter of their children’s survival and health,” said Bekkar, as The Guardian reported.