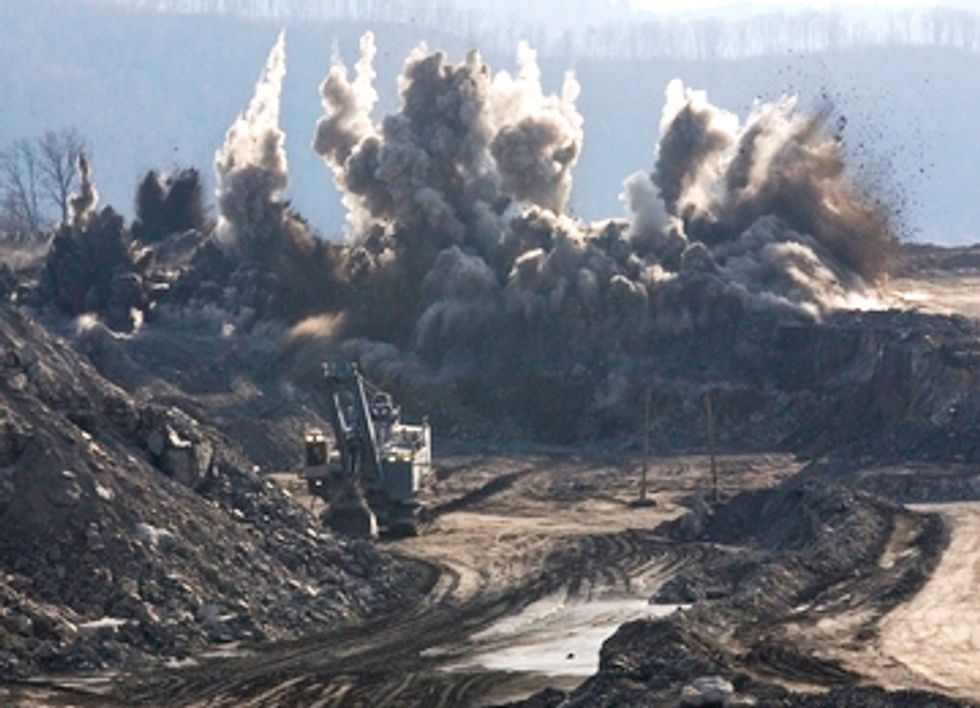 Environmental groups filed the first ever lawsuit on Wednesday challenging the federal government’s financing for the export of Appalachian coal from the U.S. The U.S. government approved this financial support for coal exports without considering the increased toxic air and water pollution that could affect communities near the mines and ports, and along the railways that connect them.

The groups filing the lawsuit charge that the U.S. Export-Import Bank (Ex-Im Bank) violated federal law by providing a $90 million loan guarantee to Xcoal Energy & Resources without reviewing the environmental impacts as required under the National Environmental Policy Act (NEPA). According to Ex-Im Bank, the taxpayer-backed financing, approved May 24, 2012, will help leverage a billion dollars in exports of coal mined in Appalachia. The coal will be shipped from ports in Baltimore, MD, and Norfolk, VA, to markets in Japan, South Korea, China and Italy.

“Ex-Im Bank turned a blind eye to the toxic coal dust, heavy train traffic and disruptive noise that our members living near ports and railways experience on a daily basis,” said Diana Dascalu-Joffe, senior general counsel at the Chesapeake Climate Action Network. “People on the frontlines of the U.S. coal export boom deserve to know the risks and to have a say over whether their tax dollars finance it.”

“The science is clear that mining has profoundly detrimental effects on the environment—including the human communities that are part of that environment,” said Cindy Rank, mining committee chair of the West Virginia Highlands Conservancy. “And it’s never been more important for the government to comply with NEPA than when federal assistance facilitates the export of a commodity that leaves such a devastating legacy in its wake.”

While U.S. coal consumption has declined gradually over the past 10 years, U.S. coal exports have risen. The array of air, water, safety, health, biodiversity and other impacts on local communities and ecosystems—which face a chain reaction of increased mining, rail traffic and port activity—remains woefully unaddressed by state and federal regulators.

“From the mine mouth to the smokestack, from Appalachia to Beijing, Ex-Im’s failure to account for the environmental impacts of U.S. coal exports not only violates the law, but it flies in the face of the agency’s own environmental policy and its Carbon Policy,” said Michelle Chan, director of economic policy programs at Friends of the Earth.

In 2002, Friends of the Earth filed a lawsuit against Ex-Im Bank, which confirmed the agency’s obligation to comply with NEPA and resulted in Ex-Im Bank instituting a Carbon Policy. Paradoxically, even with Ex-Im Bank’s Carbon Policy, the agency’s support for fossil fuels is soaring.

“Under Chairman Fred Hochberg, the agency’s annual fossil fuel financing has grown from $2.56 billion to over $10 billion,” said Doug Norlen, policy director for Pacific Environment. “What’s more, Hochberg has failed to meet a Congressional directive to provide 10 percent of agency financing to renewable energy and energy efficiency, authorizing just one percent for such exports in 2012.”

The plaintiffs are asking the court to order Ex-Im Bank to prepare an environmental impact statement for the Xcoal loan guarantee. If successful, the case could also require the agency to conduct environmental review of future coal export projects it considers financing.

“Ex-Im’s financing of U.S. coal deals violates the United States’ obligations and commitments to lead the international community in the fight against climate change,” said Alyssa Johl with the Center for International Environmental Law. “These investments seriously undermine the global transition to a clean energy economy.”

“The Ex-Im Bank violated the law when it approved financing for coal exports without reviewing the environmental impacts caused by increased coal mining, transport by rail and shipping overseas to Asia,” said Sarah Burt, the Earthjustice attorney handling the case.