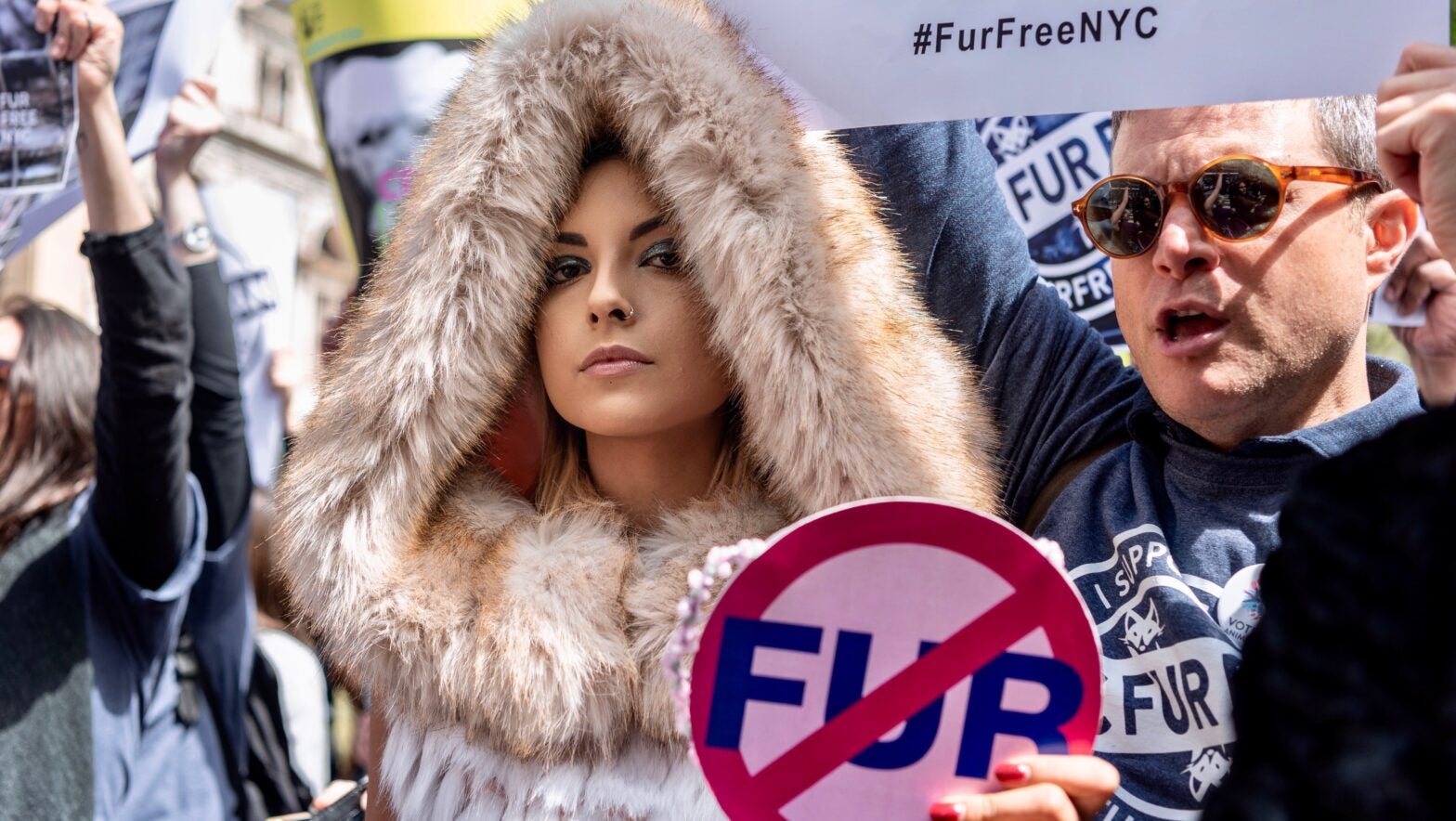 In a big victory for animals, Prada has announced that it’s ending its use of fur! It joins Coach, Jean Paul Gaultier, Giorgio Armani, Versace, Ralph Lauren, Vivienne Westwood, Michael Kors, Donna Karan and many others PETA has pushed toward a ban.

This is a victory more than a decade in the making. PETA and our international affiliates have crashed Prada’s catwalks with anti-fur signs, held eye-catching demonstrations all around the world, and sent the company loads of information about the fur industry. In 2018, actor and animal rights advocate Pamela Anderson sent a letter on PETA’s behalf urging Miuccia Prada to commit to leaving fur out of all future collections, and the iconic designer has finally listened.

VICTORY!! 🎉💃🙌 @Prada finally bans fur! This is a big victory for animals 🦊

It's time for #Prada to spread its compassion further and ban exotic skins, too! https://t.co/3Mty0Uw4EI

PETA applauds Prada for joining the ever-growing list of fashion houses that are dropping fur, and we now urge the brand to follow in Chanel’s compassionate footsteps by also removing cruelly obtained exotic skins — including from ostriches, crocodiles, lizards, and snakes — from future collections. PETA has purchased the minimum amount of stock in the company required to propose shareholder resolutions to ban exotic skins. Most shoppers no longer wish to wear the skin of any animal who was electrocuted or bludgeoned.