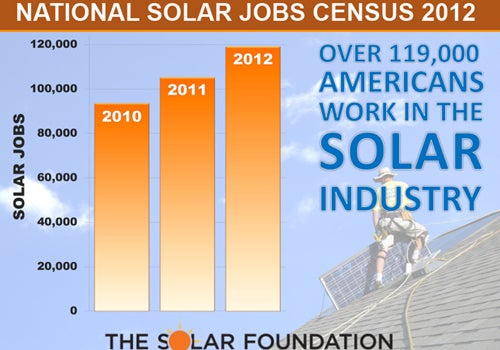 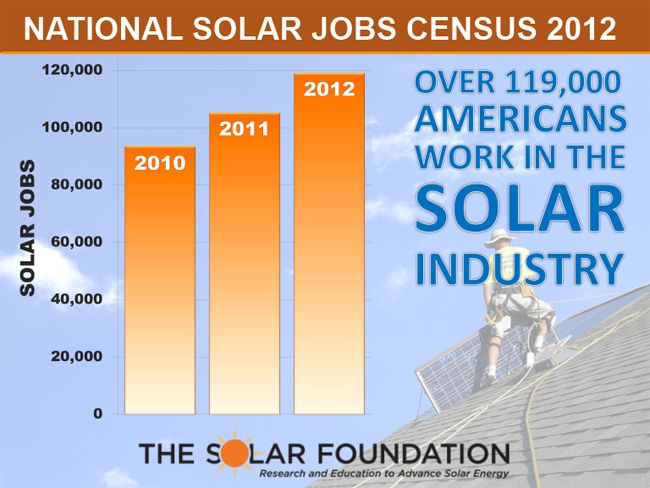 Members of the BlueGreen Alliance, which represents more than 15 million members and supporters nationwide, held a press conference today on Capitol Hill to discuss ways to jump start job creation. One important way, they said, was to dramatically expand the use of renewable energy, including solar.

“Today, solar is one of the fastest-growing industries in the United States, providing good-paying jobs for more than 119,000 American workers,” said Rhone Resch, president and CEO of SEIA. “Over the past five years, the U.S. solar energy industry has experienced sustained growth thanks to rising demand, falling costs and new financing options. Since 2008, the amount of solar powering our homes, businesses and military bases has increased six-fold–from 1,100 megawatts to more than 7,700 megawatts today, which is enough to power more than 1.2 million American homes.” 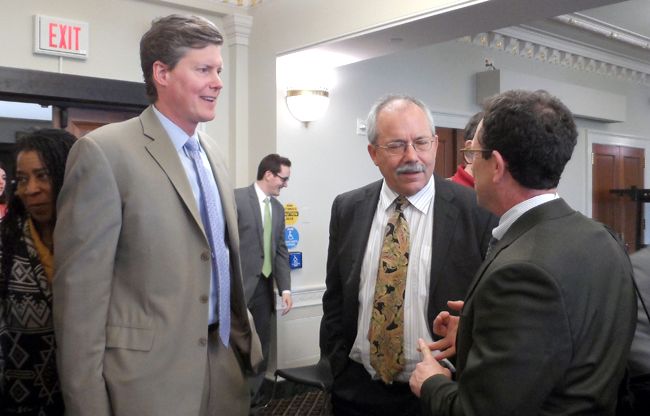 SEIA President and CEO Rhone Resch, pictured on the left, and BlueGreen Alliance Executive Director David Foster, center, told reporters today that the enhanced use of renewable energy sources, such as solar, can create thousands of new green jobs in America.

Resch went on to say, “Some of this growth is attributed to the fact that the cost of a solar system has dropped by nearly 40 percent over the past two years, making solar more affordable than ever for consumers. If we want to want to create new jobs, foster innovation and ensure prosperity for future generations of Americans, we must expand our commitment to using clean, renewable energy sources in the U.S. and around the world.”

In a related development, The Solar Foundation, an independent nonprofit solar research and education organization, today announced the release of its State Solar Jobs Map, a web-based tool providing the first ever solar jobs numbers for each of the 50 states. 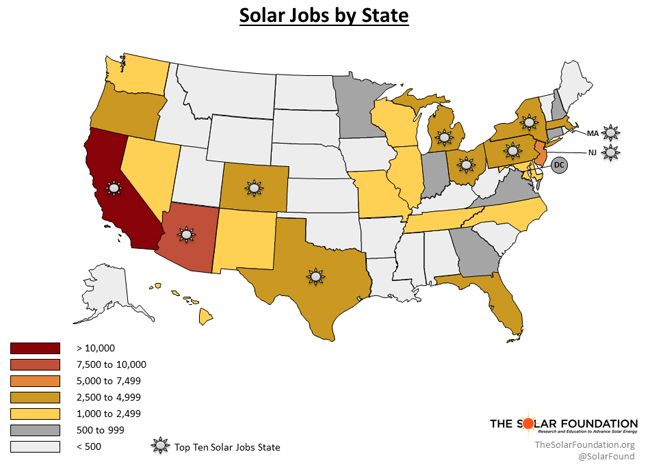