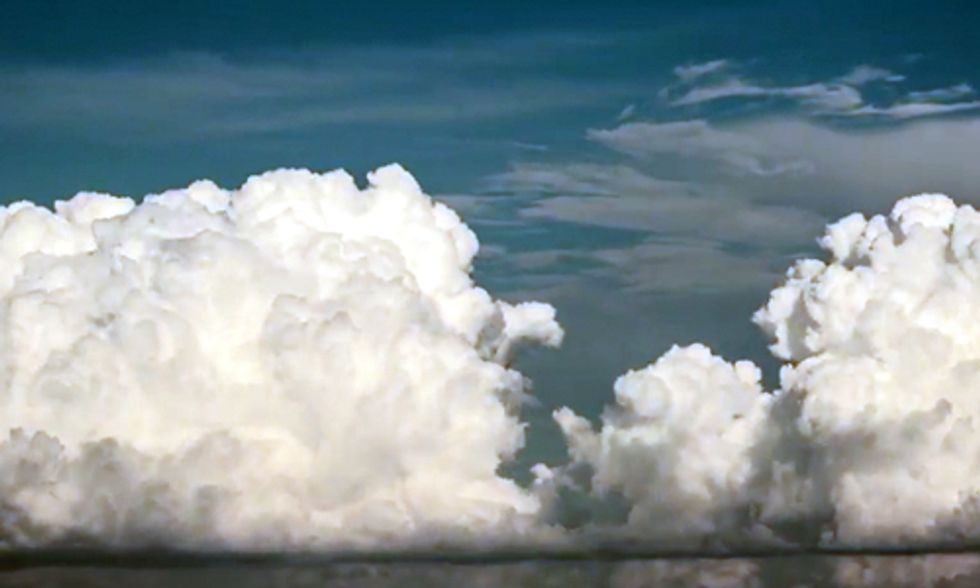 When an old fisherman says, “We used to go out at low tide and gather a bucket of clams, but now there’s no low tide, only high tide and higher tide,” it’s compelling. The mayor of a small seaside town tells of repeated storm damage to seawalls that costs more to repair than the community can bear. Coastal towns contemplate raising houses or moving them above anticipated new sea levels. The anecdotes add up to an overwhelming warning that social, economic and ecological costs are rapidly mounting and we must take climate change seriously. As one person says, “If you don’t believe it, just look out the window.”

The film is timely. In November, the United Nations Intergovernmental Panel on Climate Change (IPCC)—created 25 years ago to provide the most authoritative documentation on global climate science—released the first part of its Fifth Assessment. The new report raises the level of scientific certainty about human causes of global warming from 90 per cent in the Fourth Assessment five years ago to more than 95 percent today, and says action is urgently needed.

Mauro’s film punctuates the IPCC’s findings with a big exclamation mark: we’ve wasted too much time on the phony debate—created, in part, by the fossil fuel industry—about whether global warming is part of a natural cycle. The continuing congruence of rising carbon emissions and global average temperature is undeniable.

The world first heard urgent climate change warnings in 1988, issued by an international meeting of climatologists in Toronto. The evidence then was so compelling that one report declared global warming a threat to human survival second only to nuclear war and called for a 20 per cent reduction in greenhouse gas emissions over 15 years.

If world leaders had taken those scientific pronouncements seriously and worked to achieve the suggested target, it would have been much simpler and less costly—even economically advantageous—to shift to a low-carbon future beyond even Kyoto Protocol objectives. But we didn’t. Now we’ve exacerbated the challenge by escalating total global greenhouse gas emissions. Developing nations have ramped up fossil fuel-based economies, sales of automobiles and energy-consuming products continue to grow, and forests—the most effective carbon sinks—have been cleared.

We’ve elevated the economy above all else and demanded continued growth. Now the chickens have come home to roost, climate change has kicked in and the costs of dealing with more frequent and severe extreme weather-related events like floods, heat waves, fires and storms are swelling.

In 2009, 192 nations gathered in Copenhagen, Denmark, to negotiate our climate fate after the Kyoto Protocol expired. While failing to set concrete targets for greenhouse gas reduction, delegates agreed to limit emissions to keep temperatures from rising above 2 C by the end of the century—an easy promise for politicians whose office tenures will end long before then, leaving no one accountable for failure.

According to the IPCC report, if we take the science seriously and act on those commitments, we know how much more carbon can be emitted to remain within 2 C: 565 gigatonnes! But the known fossil fuel deposits worldwide are already five times that limit. So why are companies looking for more and exploiting extreme sources like tar sands, deep-water deposits and shale? To stay below 2 C, we have to leave 80 percent of known deposits in the ground! That means no more encouraging fossil fuel development or building pipelines or rail expansion to transport them.

We must also shift to renewable energy sources in direct proportion to the phase-out of fossil fuels. And we must put a stop to deforestation. Let’s seize the challenge and start the transition now. Experience informs us that many unexpected or even predictable benefits will follow. Delaying further only gets us into deeper trouble.