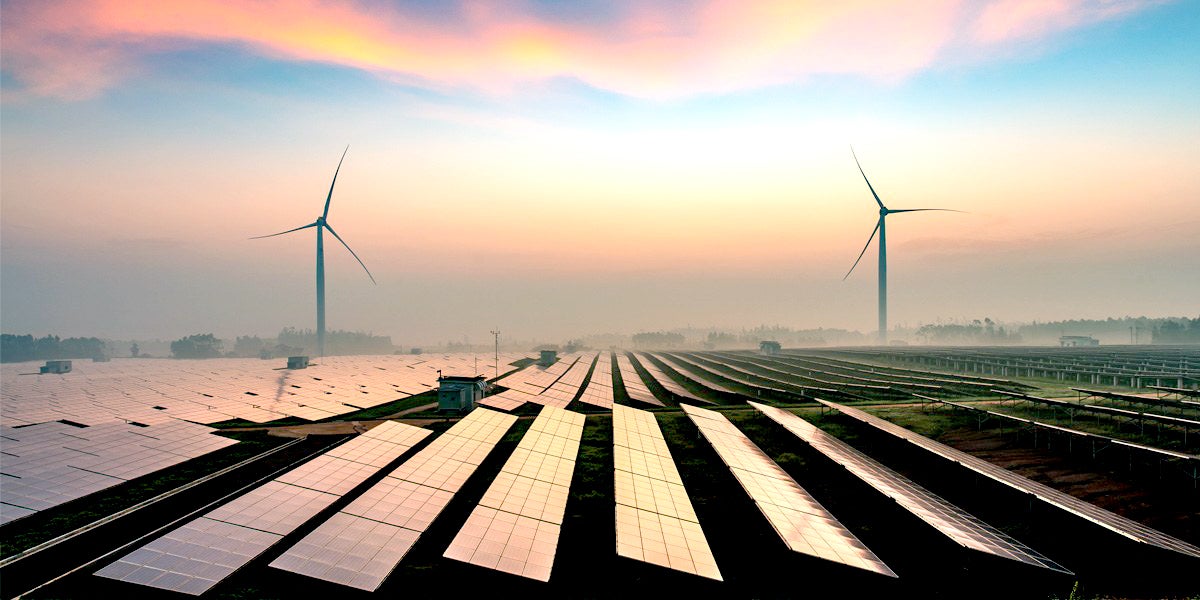 Here’s a 2017 New Year’s resolution I’d like to see the nations of the world adopt: an immediate international effort to invest in a world where 100 percent of our electricity will be generated by wind, water and solar power by 2050.

Such an effort is technically and economically feasible and has been championed by Stanford professor Mark Jacobson since 2009. His latest research on the subject was laid out in a series of talks last month in San Francisco at the annual meeting of the American Geophysical Union—the world’s largest conference on climate change.

During his talks, Jacobson outlined a plan to power 139 nations of the world for all purposes—including electricity, transportation, heating/cooling, industry and agriculture/forestry/fishing—using a mix of approximately 37 percent wind, 58 percent solar, 4 percent hydropower, and 1 percent geothermal, wave and tidal power. He argued that his plan would:

4. Eliminate 3.5 million premature air pollution deaths per year and save $23 trillion (7.6 percent of GDP) in air pollution health costs per year by 2050 (for comparison: the World Bank estimated in 2016 that air pollution in 2013 killed 5.5 million people, with non-health care costs of more than $5 trillion). 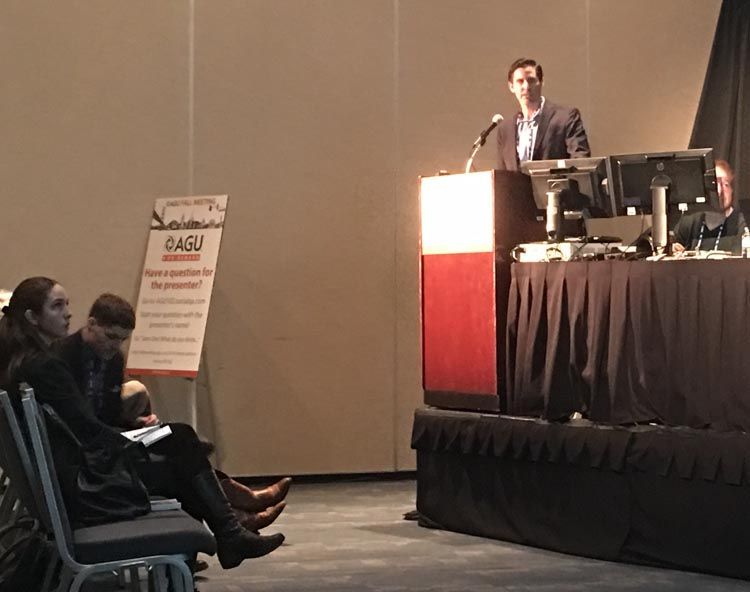 Dr. Mark Jacobson of Stanford addresses an audience in San Francisco at the annual meeting of The American Geophysical Union on Dec. 17, 2016.

Ok, this New Year’s resolution does not come cheap. The up-front cost of such an energy system is $124.7 trillion for converting the 139 nations of the world Dr. Jacobson studied. However, it’s critical to consider the savings, not just the costs. He estimates that by 2050, a $85 per person per year savings in electricity costs will be realized using a 100 percent wind, water and solar powered world compared to the current business-as-usual system. This does not include the savings due to reduced air pollution and reduced climate change costs, which would be an additional $5,800 per person per year. 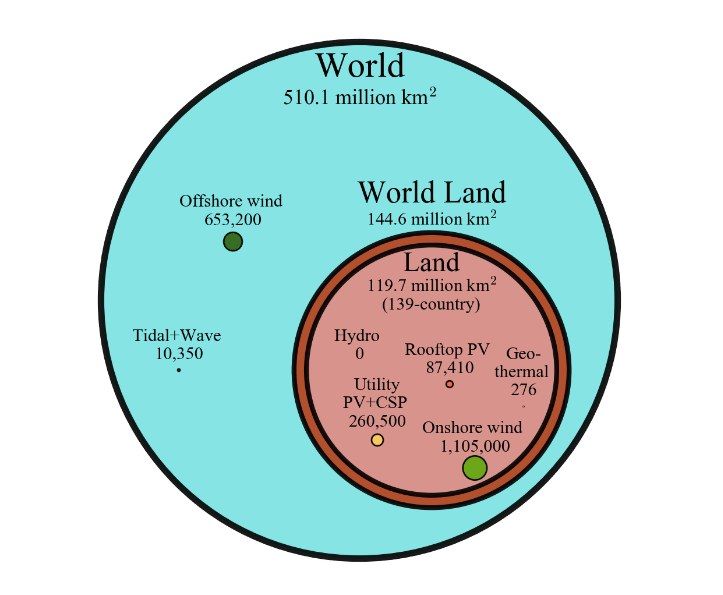 Figure 2: The total surface area (in square kilometers) of the Earth including oceans (large blue circle) and land surface area of the 139 countries studied (pink circle) are compared to the areal footprint of the renewable energy systems (beyond what was installed as of 2015) needed to provide 100 percent of power by 2050 in Dr. Jacobson’s road map. The plan requires approximately 653,200 square km offshore wind turbines, 1,105,000 square km of onshore wind turbines, 87,410 square km of rooftop solar photovoltaic panels and 260,500 square km of photovoltaic and concentrated solar power systems run by utility companies. For hydropower, no new installations are proposed, so the additional footprint is zero. About 1 percent of the world’s land area would be needed for the power systems proposed.

His road map to a 100 percent renewable energy future uses existing generator technologies, along with existing electrical transportation, heating/cooling and industrial devices and appliances. Electricity storage is done using existing storage technologies—concentrated solar power with storage, pumped hydroelectric storage and existing heat/cold storage technologies (water, ice and rocks). No stationary storage batteries, biomass, nuclear power, carbon capture or natural gas are required. No new dams would be needed, but existing dams would by made more efficient. Aircraft flying less than 600 km would be electric and those flying longer distances would be powered by hydrogen fuel cells.

He modeled the seasonal and daily variation in solar energy and wind power in the 139 countries, with storage and was able to show that the power grid was stable—the load on the grid matched the electricity supply. The 2.5 million wind turbines required would cause approximately a 0.6 percent reduction in world’s average wind speed, which he argued should not cause major disturbances to the weather. Dr. Jacobson acknowledged that political obstacles would make his plan difficult to implement, but stressed that a solution to global warming is technically and economically feasible.