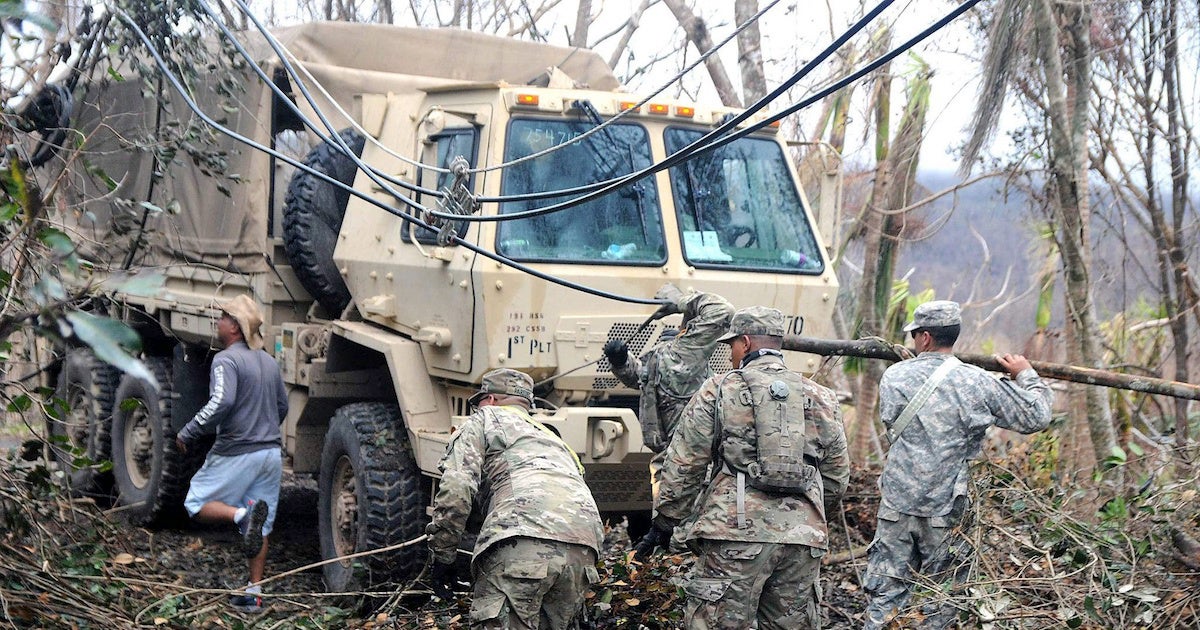 New England-based solar company ReVision Energy is building the emergency power hubs at a warehouse in North Andover, Massachusetts. These 12-foot-long trailers each come with six foldable solar panels and can charge cellphones, lights, radios, laptops and other other low-load items.

Notably, the off-grid systems will be loaned at no cost to the communities for as long as they need them. Once they are no longer needed, the units will be redeployed to other areas as needs and events dictate.

“It is a 100 percent volunteer donation. Nobody is getting paid,” ReVision Co-Founder Phil Coupe told the Portland Press Herald.

Ten of these trailers will be initially sent to remote community centers for residents to charge their gadgets.

While the SOS can’t run whole buildings, “this is going to be supplemental emergency power for basic lighting, small electronics, communications,” Coupe said. 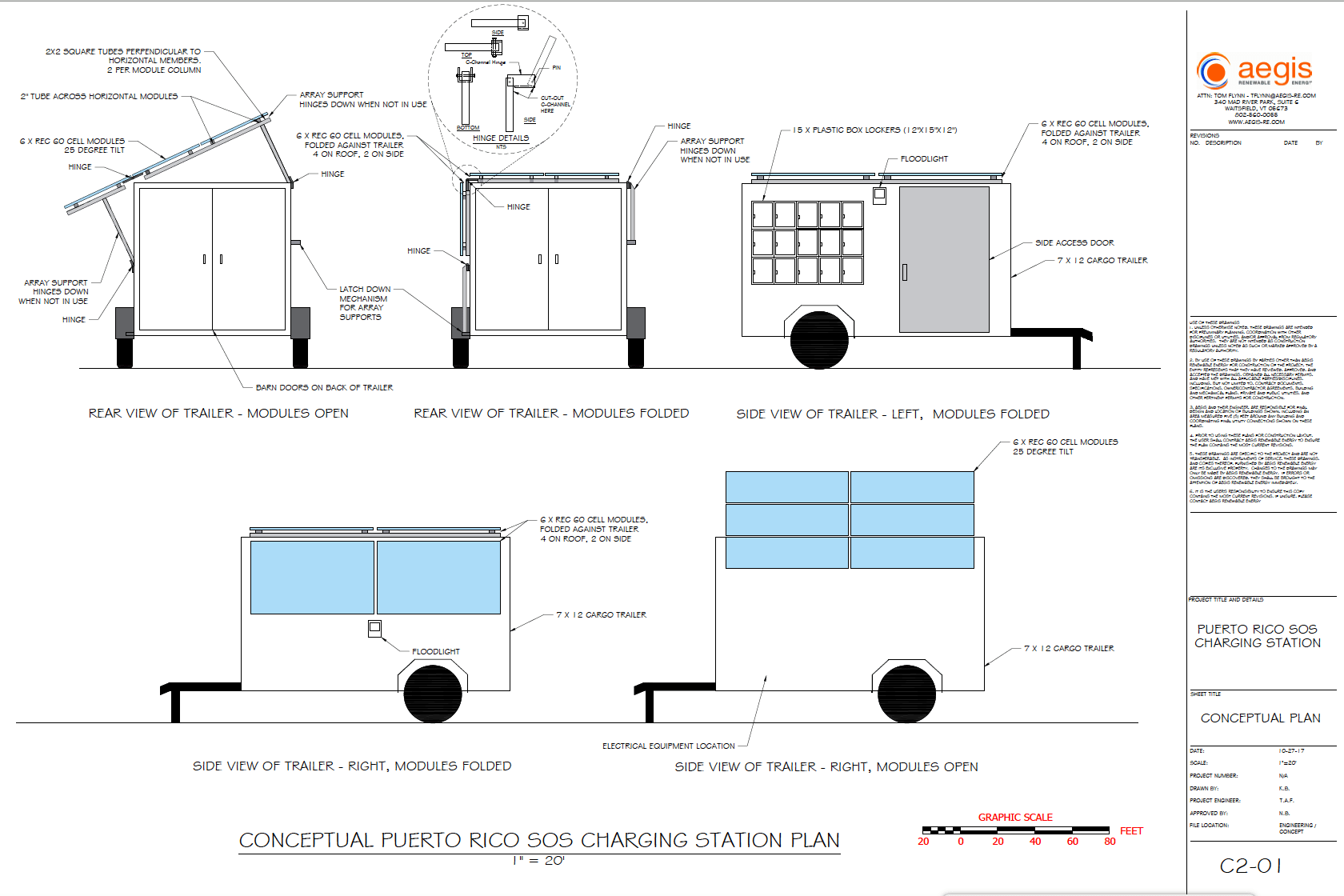 Coupe told the Press Herald it could take three to six months to finish building all 100 planned units.

While the Puerto Rican government said the island’s power should be mostly restored by Christmas, Coupe pointed out that the ReVision systems will still be important resources since they can be redeployed to other places that need emergency power.

“Based on the level of damage that we are getting reports on, these things will be useful for a year or more,” he said.

“We are preparing for a climate where bad weather events are getting worse all the time,” Coupe noted. “In that environment, a utility grid infrastructure with poles and wires is extremely vulnerable. Systems with power regeneration and batteries are proving to be resilient to those events.”

The SOS units will be deployed by the Aireko Foundation, the Puerto Rican wing of Aireko Energy Solutions. Both Aireko and ReVision are Amicus members.

About half of the U.S. citizens living on Puerto Rico are entering their third month without electricity following the devastating Category 4 hurricane. The power restoration process has been grueling and mired in controversy (see Whitefish Energy).

“The aftermath of Hurricane Maria has been as strong and even harder, than the path of the storm itself, especially for those communities that are lucky enough to have this service, which are very few. Sadly, those communities are far from returning to their normal lives,” said Hector Rivera Russe of Aireko Energy Solutions in a statement.

“I’m deeply touched by how my Amicus partners, alongside Amurtel, have jumped without hesitation, to putting their time, resources and effort to give relief to my people in Puerto Rico. I will always be thankful to them.”

According to Amicus, while much of the design and components are being donated by its members, financial support will still be needed to see the project succeed. Donations are tax deductible and can be made here. Or you can send a check to Amurtel, PO Box 232, Warren, VT 05674.