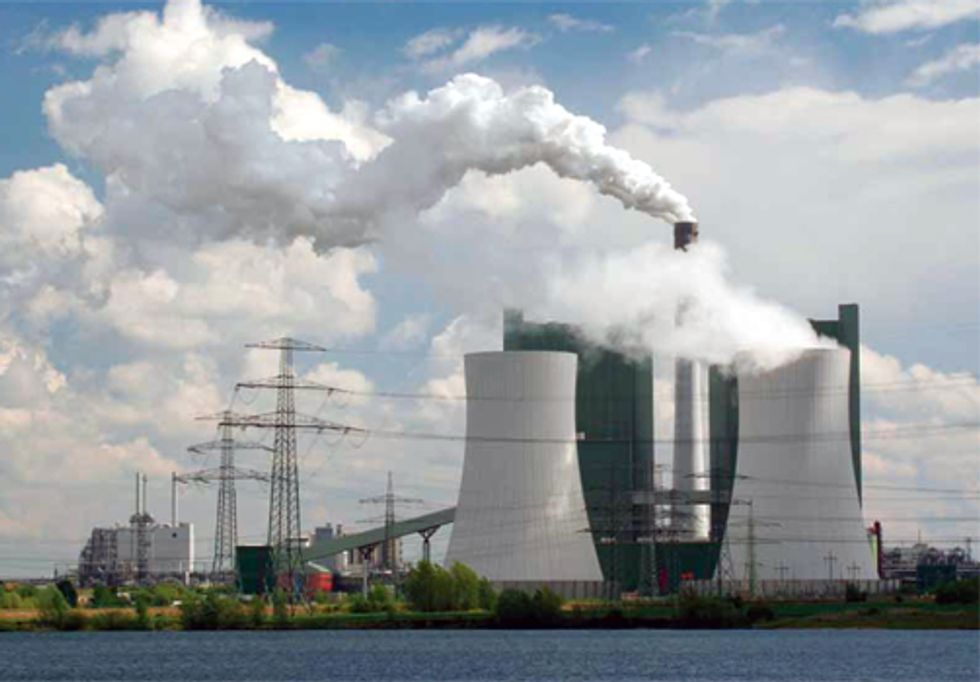 Power plants are stressing freshwater resources around the country, according to a new report by the Energy and Water in a Warming World Initiative, a three-year research collaboration between the Union of Concerned Scientists (UCS) and a team of more than a dozen scientists. The report, Freshwater Use by U.S. Power Plants: Electricity’s Thirst for a Precious Resource, is the first systematic assessment of how power-plant cooling affects freshwater resources across the U.S. and of the quality of the data available on power plant water usage.

“Our research found that power plants can be very important in terms of the pressure put on the freshwater resources we depend on—rivers, streams, lakes and aquifers—even in unexpected places,” said lead researcher Kristen Averyt, who is deputy director of the Western Water Assessment at the University of Colorado Boulder.

The UCS-organized analysis looked at different aspects of the implications of power plant water use related to the supply and demand of freshwater and to water quality issues, particularly water temperature.

“Some of the watersheds our analysis identified—in places like Texas—should come as no surprise,” said Averyt. “But unlike in arid regions, where many power plants have already minimized their water use, we found indicators of potential problems in seemingly water-rich regions like the Southeast. Here our analysis uncovered some surprises, such as the Seneca River in South Carolina and the Upper Dan in North Carolina.

“It’s important for the public to know that because many power plants depend so heavily on water, there’s a real risk that they’ll have to cut back electricity production at times when they can’t get enough cooling water,” noted Averyt. “Just ask power companies in Texas.” The record-breaking 2011 Texas drought has put so much pressure on the water supply that operators have warned that if it continues into next year, power cuts on the scale of thousands of megawatts are possible.

To gauge water-supply stress, the analysis examined the balance of local water supply and demand in each major watershed or “sub-basin” in the U.S., then factored in the amount of water that power plants are using. The analysis then focused on areas where power plant demands were the largest contributor to water body stress based on the methodology.

Because of the need for good information to perform these types of analyses, the study also assessed the U.S. Department of Energy’s reporting system used to track power plant water usage. The analysis looked at what power plants reported as their water usage in 2008—the most recent data then available.

“Uncovering power plants’ water use was not an easy task because the data reported by plant operators and compiled by the U.S. Energy Information Administration—the most comprehensive set of information on power plant water use and cooling technologies—was full of holes and errors,” said John Rogers, the report’s co-author and senior analyst at UCS. “We had to piece together a lot of information to get a better handle on how much water power plants were really using.

“If we had used the Department of Energy data, we would have gotten a different picture of water stress from what we see in our results,” added Rogers. “Where our analysis found water-supply stress to be driven mainly by power plants, several did not show up when we used the available data from the Energy Department.”

“It's unsafe for people to sit in a Jacuzzi at 105 degrees, let alone live in it,” said Rob Jackson, director of the Center on Global Environmental Change at the Nicholas School of the Environment at Duke University and a member of the report’s scientific advisory committee. “Fish and other species can't climb out of the hot tub.”

In recent years, a number of power plants have had to cut back power production because they were unable to stay within water temperature discharge limits, according to the report. “If we start saving water today, we'll avoid blackouts and water shortages tomorrow,” said Jackson.

Without water-smart energy choices, energy-water collisions may worsen as the population and the corresponding demand for energy and freshwater supplies grows, and as the climate changes. Water-smart technologies include wind and solar photovoltaics, which use essentially no water, and produce no carbon emissions, according to the report.

“Every time we build a power plant, we’re making decisions that last for decades,” said Peter Frumhoff, director of science and policy at UCS and head of the scientific advisory committee for the report. “By investing in power plants that are efficient, use low-water cooling and produce little or no carbon emissions, utilities and plant owners can help protect the water resources our kids and grandkids will depend on, and public utility commissions can encourage or require them to do so, especially where research indicates that power plants place water resources at risk.”