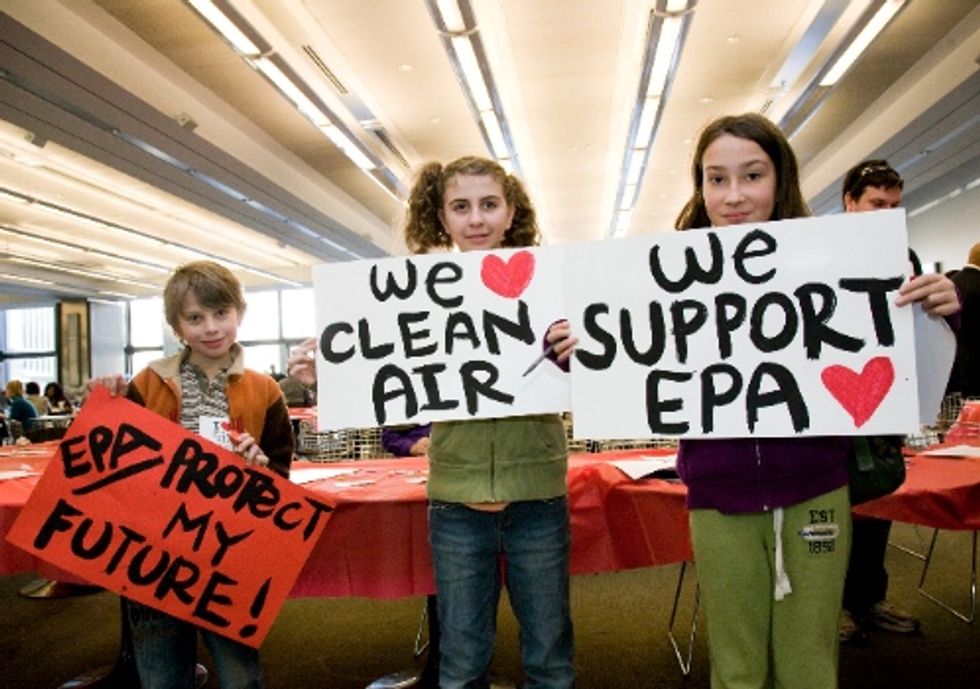 "The U.S. EPA stood up against big polluter interests and did the right thing," states David R. Celebrezze, director of air and water special projects for the OEC.

The new U.S. EPA air toxic rule means that power plants will have to reduce their mercury emissions by 90 percent in three to four years. The new rules will also require scrubbers on power plants. Scrubbers are pollution reduction technology that will reduce harmful emissions of mercury, arsenic, chromium, nickel and acid gases.

According to a study commissioned by the Clean Air Task Force, Ohio ranks second in the nation in state health impacts with 1,221 deaths, 835 hospital admissions and 1891 heart attacks. Additionally, Ohio ranks third in the country for state per capita mortality risk (2010 est).

"Industry will ballyhoo that this will close plants. What they don't tell you are some of these plants were probably going to close anyway," states Celebrezze.

Many Ohio metro areas rank near the top in the country in terms of city health impacts:
• #8 Cleveland-Elyria-Mentor
• #10 Cincinnati-Middletown
• #13 Columbus

Mercury emissions harm public health. After mercury is emitted from power plants, it settles on plants and in our waterways. While in the water it turns into methyl mercury and is consumed by fish. Some of those fish are then consumed by people.

In Ohio, it is recommended that people eat less of certain fish species—such as smallmouth bass, walleye and largemouth bass—from many bodies of water due to high levels of mercury. In some bodies of water, it is recommended that none of the species be eaten due to elevated levels of PCBs, mercury and other contaminants. The full list can be found on the Ohio EPA’s website.

People exposed to (elemental) mercury through breathing can experience harmful effects. According to the U.S. EPA "Symptoms include these: tremors; emotional changes (e.g. mood swings, irritability, nervousness, excessive shyness); insomnia; neuromuscular changes (such as weakness, muscle atrophy, twitching); headaches; disturbances in sensations; changes in nerve responses, and performance deficits on tests of cognitive function. At higher exposures, there may be kidney effects, respiratory failure and death."

Further research has demonstrated that exposing infants and children to mercury can impair their neurological development. Symptoms of methylmercury poisoning can include: peripheral vision reduction; disturbances in sensations ("pins and needles" feelings, usually in the hands, feet and around the mouth); lack of coordination of movements; impairment of speech, hearing and walking, and muscle weakness, according to the U.S. EPA.

"Once these rules are fully implemented, Santa Claus will have fewer asthma attacks as he moves through Ohio," states Celebrezze.

The mission of the Ohio Environmental Council (OEC) is to secure healthy air, land and water for all who call Ohio home. The OEC is Ohio's leading advocate for fresh air, clean water and sustainable land use. The OEC has a 40-year history of innovation, pragmatism and success. Using legislative initiatives, legal action, scientific principles and statewide partnerships, the OEC secures a healthier environment for Ohio's families and communities.