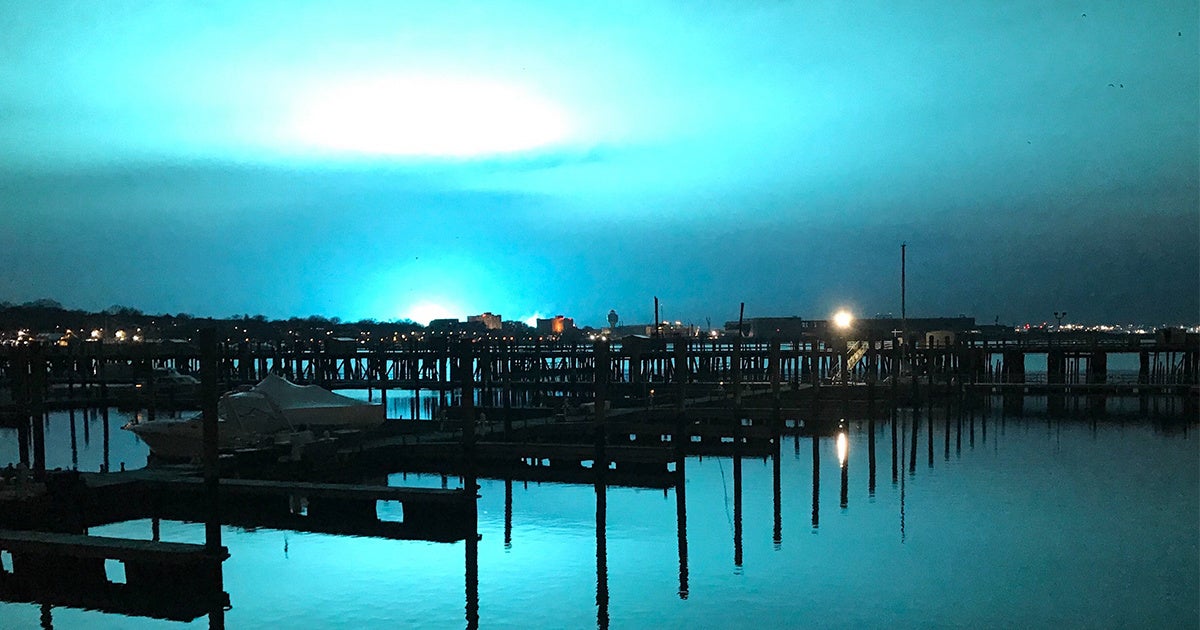 Though it immediately evoked images of “an alien invasion” or the eerie opening scene of a “monster movie,” the explosion that briefly turned New York City’s skyline bright blue late Thursday night was actually something rather more conventional, but still cause for serious alarm and action: an electrical blast at one of New York’s dirtiest power plants.

While state authorities said they are investigating the incident and concluded that no one was injured, the transformer explosion briefly sparked panic and—according to environmentalists—offered yet another glowing reminder of the dire need to transition away from dirty energy.

Number 6 fuel oil, Kaufman pointed out, is “considered one of the most polluting energy sources in the world,” and the Astoria power plant has been partly blamed for high air pollution in the surrounding area and the growing levels of asthma that have afflicted residents as a result.

Judith Enck, the former U.S. Environmental Protection Agency regional administrator for New York, told the Huffington Post that the “very old and very polluting” Astoria plant “should have been shut down quite a while ago” and replaced with clean electricity sources.

Brooklyn-based renewable energy activist Daniela Lapidous agreed, saying it shouldn’t be normal “to fear that the way we provide energy endangers the people we love.”

“Fossil fuels cause so much danger from climate change and air pollution, but freak accidents like this go to show that moving our energy system to 100 percent renewables is the only way to minimize the threat,” Lapidous concluded.

There was an explosion at a power plant in Queens tonight. We’re not hearing of any injuries but this is an example of our systems and structures being stretched past their capacities.

We need to commit to rebuilding our infrastructure in this country. https://t.co/P2Il0C69sZ

“None of these things happen in a vacuum,” Democratic state Sen.-elect Jessica Ramos said in remarks outside the Astoria Generating Station following the transformer explosion. “We need to flip everything on its head and rethink the paradigm of exactly how it is that the city of New York and the state of New York is thinking about our future consumption of energy.”

Images and videos of the Thursday night explosion and its aftermath quickly spread on social media, with New York residents expressing astonishment and horror at the bright blue light that illuminated the city sky for several minutes:

Is this an alien invasion? pic.twitter.com/ED4G94tQYo

The power plant by my house in Astoria exploded a little. pic.twitter.com/P26kiTjYdX

OH MY GOD THE SKY IS BROKEN #Astoria Is this how it ends? pic.twitter.com/Xvzxep1vf8

According to New York officials, the incident—which resulted in the brief closure of the LaGuardia Airport in Queens—is under control and there are no longer significant power outages in the surrounding area.