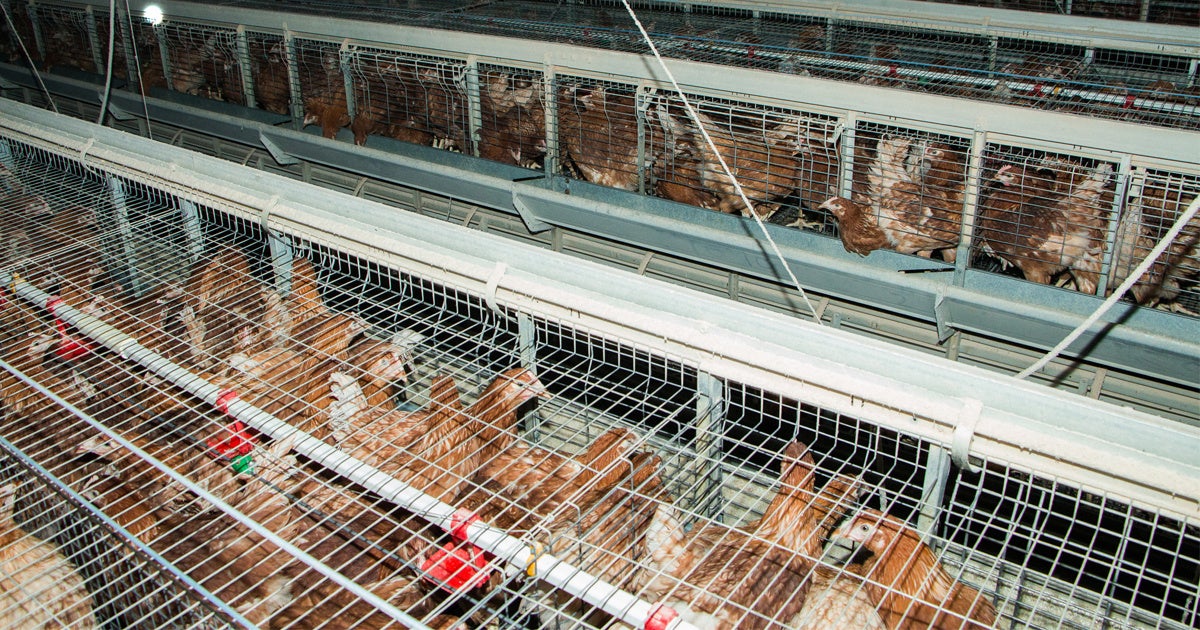 Undercover investigations at federal poultry slaughter plants over the past decade have documented numerous instances of intentional abuse to animals, including throwing birds against walls, burying live birds in piles of dead birds, breaking birds’ legs by violently slamming them into shackles and jabbing birds with metal hooks to remove them from their cages.

The Animal Welfare Institute (AWI) has reviewed records supplied by the U.S. Department of Agriculture (USDA), revealing evidence of mistreatment of birds destined for slaughter. One especially concerning problem identified by AWI is the suffering and death of large numbers of birds because they were knowingly neglected or abandoned for extended periods at the slaughterhouse or en route to the slaughterhouse. The problem appears to be particularly acute during extreme weather conditions.

The USDA has also documented repeated mistreatment of birds by some poultry companies, including:

An USDA inspector described in detail one particular weather-related incident:

Three trucks … had been parked … on the asphalt parking lot with no protection from the sun and without any source of ventilation or other means of cooling…. We observed a significant increase in heat-related morbidity and mortality, as evidenced by gasping and heavy panting in more than 90 percent of all birds on the trailer. We observed many birds that were staggering around and aimlessly jumping about in the cages, while others were violently flapping their wings and gasping for air via an outstretched neck, in a final futile attempt to cool themselves…. We also observed that numerous birds had already succumbed to heat stress, and that others were somnolent or moribund.

While it seems clear from the records that individual government inspectors care about the welfare of birds at slaughter, even the most well-meaning USDA inspectors can do little when they witness the mistreatment of birds. Their only recourse is to issue a “Memorandum of Interview”—the type of record reviewed by AWI—that, unfortunately, amounts to nothing more than a friendly reminder to the plant to comply with minimum industry guidelines for the handling of birds.

Neglecting or abusing a chicken or a turkey does not result in any fines; there is no slowing or stopping of the slaughter line, and no suspension of operations at a plant for egregious or repeated humane infractions.

Many of the incidents reviewed by AWI appear to qualify as violations of the animal cruelty statute of the state in which they occurred. In most of these states, the presence of any one of several cited conditions, such as abandoning an animal without providing for the animal’s care, failing to supply an animal with sufficient food and water, or failing to provide an animal with adequate shelter constitutes a violation. However, despite requests from AWI, the USDA has never recommended to state officials that they investigate an incident of neglect or abandonment as a possible violation of the state’s animal cruelty law.

One is left to wonder why the USDA is not doing more to prevent these incidents. In part, it is because birds, which represent 98 percent of land animals killed for food in the United States, are not covered by the federal Humane Methods of Slaughter Act, a law enforced by the USDA and some state departments of agriculture. The USDA has rejected requests to apply the law to poultry, arguing that it can only do so at the direction of Congress.

Congress should address the humane treatment of birds at slaughter, but its failure to do so does not absolve the USDA of its responsibility to act. Congress has given the USDA the authority to ensure the “wholesomeness” of poultry products. Because mistreatment of live birds negatively affects meat quality, the USDA has the power to set humane handling requirements without congressional intervention.

Accordingly, in late 2013, AWI and Farm Sanctuary formally petitioned the USDA to require, through regulation, good commercial practices (i.e., minimum industry guidelines) for bird handling. After five years—and hundreds of documented cases of animal mistreatment—the USDA has taken no action on the petition.

The USDA is aware that the poultry industry opposes humane handling requirements, and so far, has been unwilling to act against industry interests—even when doing so would improve poultry product quality and help prevent abuse of the animals being killed for food. Without appropriate action from the USDA, more incidents like the ones described here are guaranteed to occur.

You can help protect birds at slaughter by making food purchasing decisions that take into account the treatment of animals by the poultry industry. To assist with this, AWI publishes a list of poultry slaughter plants that have received the highest number of records from the USDA for violating good commercial practices for bird handling. You can also send a message to the USDA, asking the agency to change its regulations and policies to prevent neglect and abuse of birds during transport and at slaughter.

Dena Jones is the director of the Farm Animal Program for the Animal Welfare Institute in Washington, DC.