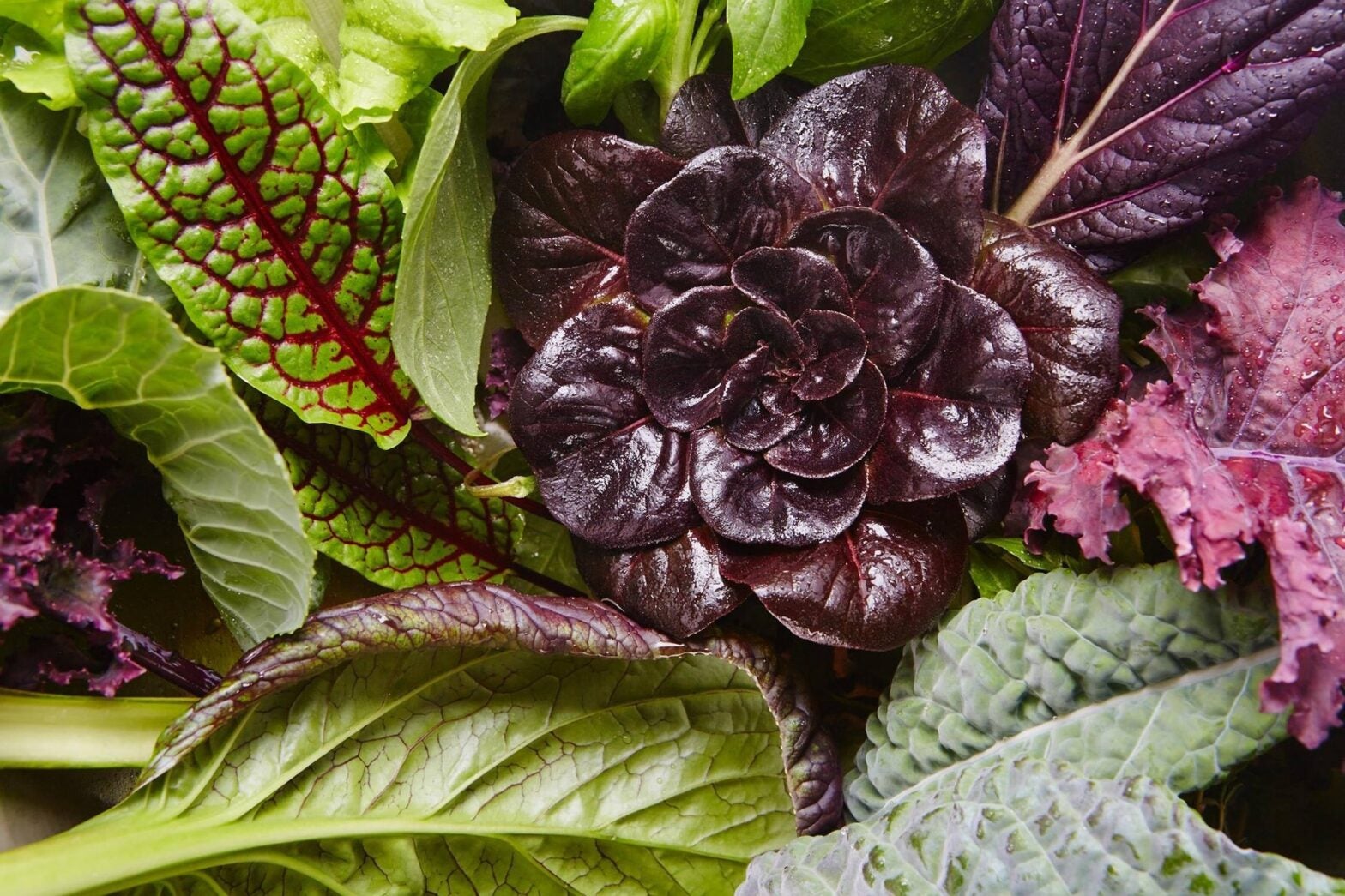 A New Jersey farm is growing leafy greens such as baby kale, arugula, butterhead lettuce and basil all year round without pesticides, soil or even sunshine.

Bowery, a high-tech vertical farm in the town of Kearny, claims to grow “the world’s first post-organic produce.” The company officially launched Feb. 23 after two years of planning and development.

Like many other vertical farms, Bowery’s crops grow indoors in stacked rows under LED lights that mimic the sun’s rays and get nourished by nutrient-filled, recirculating water.

But what makes Bowery’s operation unique is its proprietary FarmOS technology that can detect peak times for harvest and learns what the crops need to thrive, thus eliminating a lot of guesswork that’s usually involved with planting food.

“FarmOS uses data from multiple sources, including vision systems, along with machine learning to monitor plants and all the variables that drive their growth, quality, and flavor, from germination to harvest. This yields insight into what each crop needs, rather than relying on instinct. By monitoring the growing process 24/7 and capturing large amounts of data along the way, we can constantly iterate on each varietal, tweak flavor profiles, provide each crop exactly what it needs to thrive, and harvest at the exact right time. This means better produce all year round.”

Fain listed several other advantages to the Bowery system:

0 pesticides – Our controlled indoor environment allows us to grow the purest produce imaginable, with absolutely no pesticides or chemicals. Bowery produce is so clean, you don’t even have to wash it.

95% less water – We give our crops exactly what they need and nothing more. Nutrients get precisely delivered via purified water—not a single drop is wasted along the way.

365 days a year – Growing indoors with LED lights that mimic the full spectrum of the sun means we can grow independent of seasonality or weather conditions. In the future, this will mean perfect, local produce available in New York and other cities in the dead of winter.

Same day harvest to store – Because our farms are located close to the communities they serve, Bowery produce reaches stores and restaurants within one day—unlike traditional produce, which can take weeks or even months.

According to FoodTank, more than 80 types of crops are currently being grown at the company’s farm.

The Bowery team believes its model can help address the food needs of the planet’s rapidly growing population, which is estimated to balloon to 9-10 billion people by 2050. By then we will need up to 70 percent more food to feed all those mouths.

Fain also pointed out that today’s agricultural system has wreaked havoc on the environment and drained precious resources.

“Today our nation depends on cheap, mass-produced food, sacrificing quality for quantity at the expense of our health and the environment,” he wrote. “Agriculture now consumes 70 percent of the world’s accessible water and 700 million pounds of pesticides are used in the U.S. alone each year.”

Another reason that operations like Bowery are important is that the world’s population is increasingly urban. Today, 54 percent of the world’s population lives in urban areas and will grow to 66 percent by 2050. With its location in Kearny, Bowery is less than 10 miles away from New York City, meaning produce can be plucked and packaged and on its way to the Big Apple in a day.

“We have to re-think what agriculture looks like in a world where water is scarce, people live in cities, and we’re waking up to the dangers of pesticides and other chemicals in our food,” Fain wrote. “If we can marry the honesty, quality, and precision of the best small providers with the scale of modern agricultural operations, we can change our food system for the better.”

Its products can already be found in New York City establishments such as Tom Colicchio’s restaurants Craft and Fowler & Wells and select Foragers stores. This month, it will expand to select tristate Whole Foods Markets.

Bowery’s packaged greens start at $3.49, a price that’s “equal to or lower than equivalent produce grown in the field,” Fain wrote, adding that as the company continues to grow, “economies of scale will only drive this price down, making better food more accessible to more people.”

Bowery, which recently raised $7.5 million in venture funding, says its scalable model can be replicated in other urban areas and the company is already working at planning their next farm.