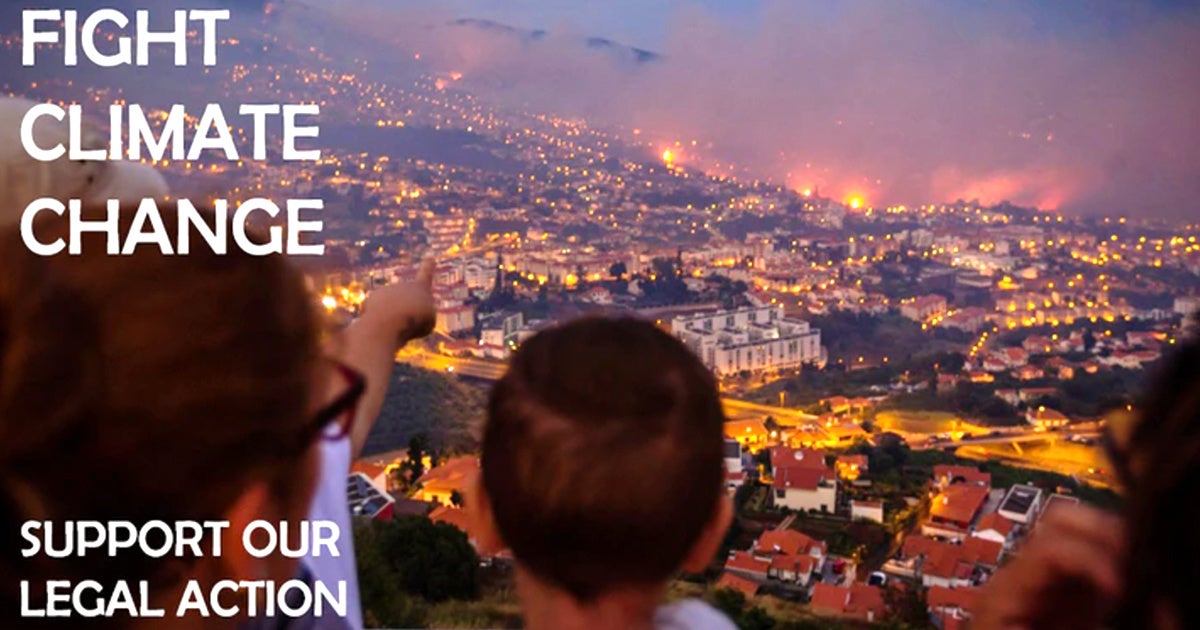 For the last couple of years in the U.S., 21 children and young adults, known as the “climate kids,” have been involved in a landmark legal suit against the U.S. government for failing to act on climate change.

The legal action, which was started against the Obama Administration, is now proceeding against Trump and his climate denying administration. The latter has unsuccessfully tried to stop the case from proceeding.

The kids claim the government’s promotion of fossil fuel production and its indifference to rising greenhouse temperatures have resulted in “a dangerous destabilizing climate system” that threatens the survival of future generations.

One of the plaintiffs in the lawsuit is the granddaughter of NASA climate scientist Dr. James Hansen. “In my opinion, this lawsuit is made necessary by the at-best schizophrenic, if not suicidal nature of U.S. climate and energy policy,” Hansen told the court when he testified on the kids’ behalf.

The stakes are high. Mary Wood, a University of Oregon environmental law professor, has said the lawsuit is “the biggest case on the planet.” Michael Burger, a Columbia University law professor and specialist in climate law, added, “Whatever happens next, this is a case to watch. It’s out there, ahead of the curve … It may be the opening salvo in what will be an increasing number of lawsuits that take a rights-based approach to climate change in the United States.”

The case is scheduled for trial later this year.

Similar lawsuits have been brought in Holland, Belgium, New Zealand, Pakistan, Austria and South Africa, among others.

And now Portgual joins the list. Schoolchildren aged from five to fourteen from the Leiria region hit by the country’s worst forest fires this summer are seeking crowdfunding to sue 47 European countries, alleging that their collective failure to tackle climate change threatens their right to life. The countries they are targeting are responsible for 15 percent of global greenhouse emissions.

They are being supported by the NGO, Global Legal Action Network, which launched a crowdfunding appeal Monday on CrowdJustice. According to the funding appeal:

“In June of this year these children watched their district burn as a result of the worst forest fires in their country’s history. The fires, which have been linked to climate change, claimed the lives of over 60 people.

Tragedies like this are becoming the new norm because governments in Europe and beyond are failing to make the necessary cuts to their greenhouse gas emissions. We are going to take this issue to the European Court of Human Rights in Strasbourg. And instead of taking the case against just one country, we are going to take our case against all of the major emitters which have signed up to the European Convention on Human Rights.”

The legal case will be asking the court to decide on two things: “Firstly, that these countries must significantly strengthen their emissions cutting policies and, secondly, that they must commit to keeping most of their existing fossil fuel reserves where they belong—in the ground.”

The lawyers representing the kids are from Garden Court Chambers, one of London’s leading human rights chambers. The lead counsel, Marc Willers QC from the Chambers, told the Guardian, “This case intends to build on the successes which have been achieved through climate change litigation across the world so far.”

Willers added, “It will be unique because it will be the first case in which multiple governments are brought before a court at the one time in relation to their failure to properly tackle climate change.

“Climate change poses a major and increasingly worsening threat to a number of human rights and governments in Europe are simply not doing enough to address it.”