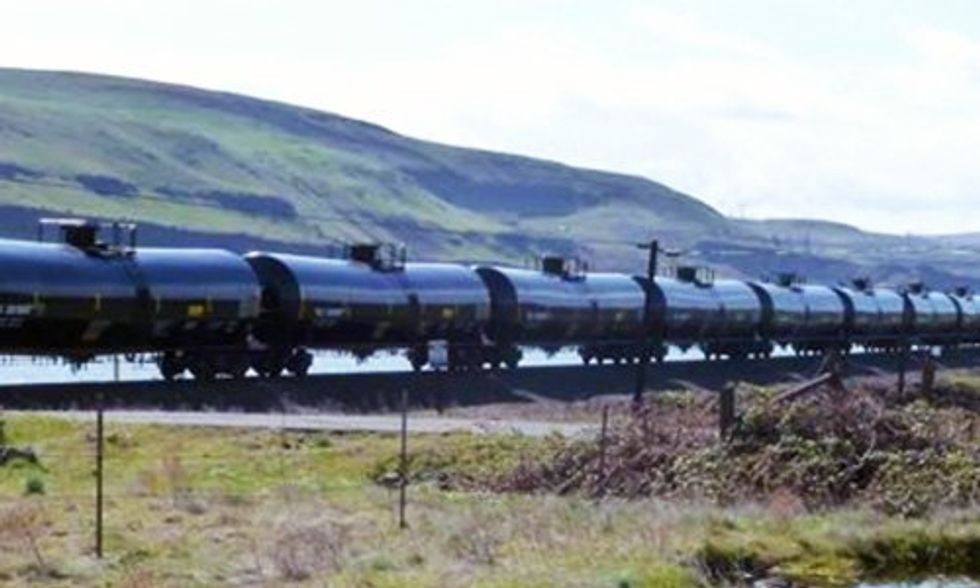 Last night, the Portland City Council approved a resolution opposing projects that would increase oil train traffic through the Columbia River Gorge and the Portland metro area. The resolution passed by a 4-0 vote to loud applause in a city hall that was packed with an overflow crowd.

Brett VandenHeuvel, executive director of Columbia Riverkeeper, stated, “It’s been a rough 24 hours for Tesoro-Savage. Portland made an unequivocal statement of opposition to the Tesoro project, and Vancouver residents elected Eric LaBrant for Port Commissioner in a clear referendum on oil trains. From both sides of the river, voters and elected officials are sending a clear message of opposition to the nation’s largest proposed oil-by-rail terminal.”

“We must protect our community, especially the most vulnerable, from the direct impacts of oil-by-rail and other fossil fuel transportation,” stated Dr. Patrick O’Herron, president of Oregon Physicians for Social Responsibility. “Negative impacts include exploding trains, degraded air quality, delays in emergency response time and worsening of lung and cardiac conditions.”

Press conference on the resolutions: "Portland can lead in transition away from fossil fuels, not a switch from one...

While the oil train resolution passed, a second broader fossil fuel policy resolution did not pass on Wednesday, pending further discussion by the city council and a likely vote on Nov. 12.

“We’re excited that the City of Portland passed one resolution today but a little disappointed that they delayed their decision on the other—one that would move Portland towards a low-carbon future that protects the health and safety of all. We will be back next week to support the City’s work in finalizing a strong resolution pertaining to all fossil fuels,” added Dr. O’Herron.

The city council also heard from Cager Clabaugh, representing the Vancouver Longshore Union, who warned that local firefighters would have to use the “rule of thumb” to deal with potential fires from oil train accidents.

Clabaugh said, “Firefighters will hold up their thumb, and once their thumb blocks their view of the burning oil train, they’ll set a perimeter and evacuate people. As workers on the waterfront, we could be stuck between the burning train and the water.”

The union’s opposition to oil trains was a critical factor in persuading several commissioners to support the oil train resolution.

With the resolution passed, the city will weigh in on the environmental review process for the Tesoro-Savage oil terminal, for which a draft environmental impacts statement is expected in November.

What's next after Portland City Council unanimously voted on a resolution opposing oil trains through the city? On Nov. 12, Portland City Council will meet and likely vote on groundbreaking fossil fuel policy. Now is the time to submit your letter of support today, fill out this form and we'll submit on you behalf: It's as easy as 1-2-3.