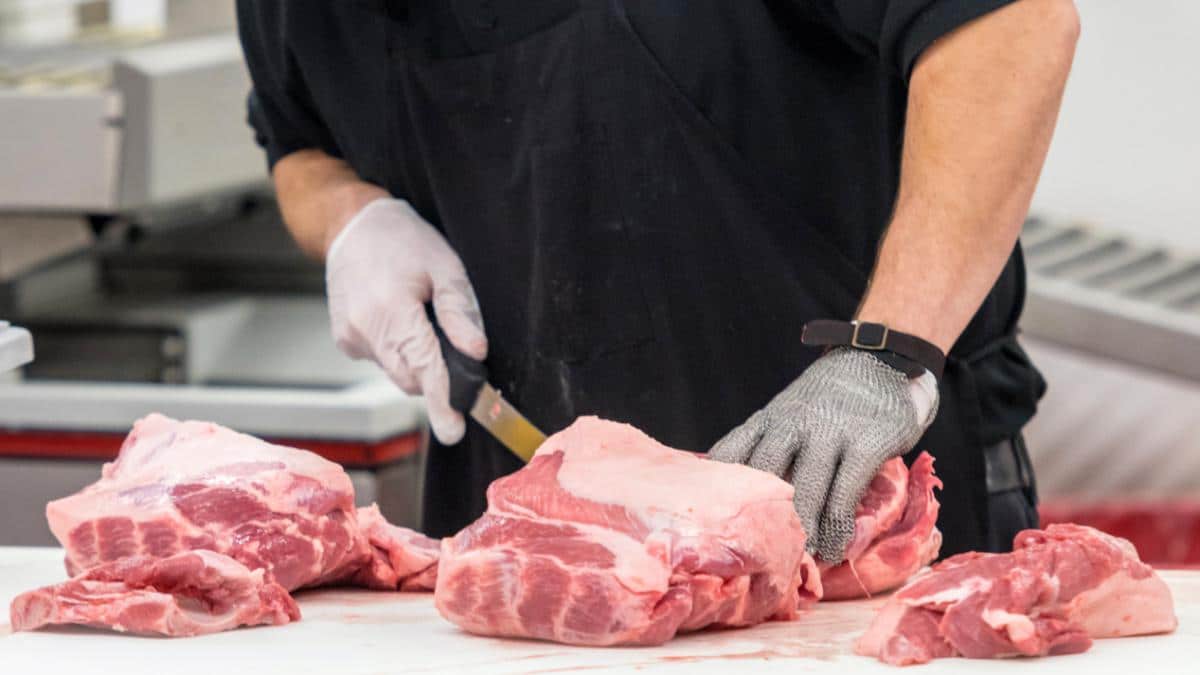 New data released Friday revealed pigs slaughtered at plants piloting a controversial new system—which speeds production while replacing many government inspectors with slaughterhouse employees—had much higher rates of fecal and digestive matter contamination than animals processed in other plants, information that the Trump administration hid from the public while expanding the system.

The consumer advocacy group Food & Water Watch said in a statement that from 2014 to 2017, pork processing plants implementing the New Swine Inspection System (NSIS) on a trial basis had, on average, “nearly double the violations than comparably sized plants outside the program” and “were almost twice as likely to be cited for contamination.”

According to Food & Water Watch, the plant’s higher rates of United States Department of Agriculture (USDA) violations were for the agency’s FS-2 food safety standard for fecal matter, digestive contents, and milk.

“This new data should end this argument once and for all: Meat companies should not be left to police themselves to protect consumers from dirty and dangerous pork products.” – @CorriganZach, Food & Water Watch Senior Staff Attorney https://t.co/f7bsTzL6Qv

“These substances can contain human pathogens, like potentially deadly Salmonella, which the agency has estimated is responsible for 69,000 people getting sick from eating pork each year,” Food & Water Watch said. “Because of its seriousness, the agency has zero tolerance for FS-2 violations, meaning that no carcass contamination is acceptable.”

“This new data should end this argument once and for all: Meat companies should not be left to police themselves to protect consumers from dirty and dangerous pork products,” said Zach Corrigan, a senior attorney for Food & Water Watch, in a statement Friday.

Despite this, the USDA adopted the NSIS last year as part of the Trump administration’s aggressive—and sometimes deadly—deregulation and privatization agenda. The NSIS is supported by the North American Meat Institute, an industry lobby group that came under fire last year after revelations that one of its draft executive orders on keeping meatpacking plants open during the coronavirus pandemic bore striking similarities to an actual directive signed by then-President Donald Trump.

The coronavirus pandemic—which has hit meat processing plants particularly hard—has further increased risks, including the prospect of new zoonotic diseases that could be the source of the next pandemic.

Worker safety is also a critical issue. The lifting of processing line speed limits, which had been 390 pigs per hour, doesn’t just mean more contamination—it has resulted in more worker injuries.

“Meatpacking is already one of the most dangerous industries for workers in America,” said Deborah Berkowitz, worker safety and health program director at the National Employment Law Project, in a letter last year. “Every day, tens of thousands of hog slaughter workers make the same repetitive motions, thousands upon thousands of times a day, using saws, hooks, and knives to slaughter and break down hogs into the pork steaks that we all buy and eat.”

“The scientific evidence in the record for the NSIS is clear—the faster hog slaughter workers must do their tasks, the higher the risk of injury,” added Berkowitz.

In a bid to mitigate risks, a group of Democratic lawmakers last year introduced the Safe Line Speeds in Covid-19 Act, which would prohibit high-speed slaughter systems such as the NSIS from operating during the pandemic.

Last year, Food & Water Watch sued the USDA over the NSIS, calling it “a draconian reversal to the swine slaughter inspection system that has existed in the United States since 1906.” Earlier this month, a federal court ruled that the lawsuit could proceed.

“Were the Biden administration to continue defending [the NSIS] in court, it would be to support exposing consumers to more pork contaminated with potentially pathogenic fecal matter and other contaminants,” said Corrigan.