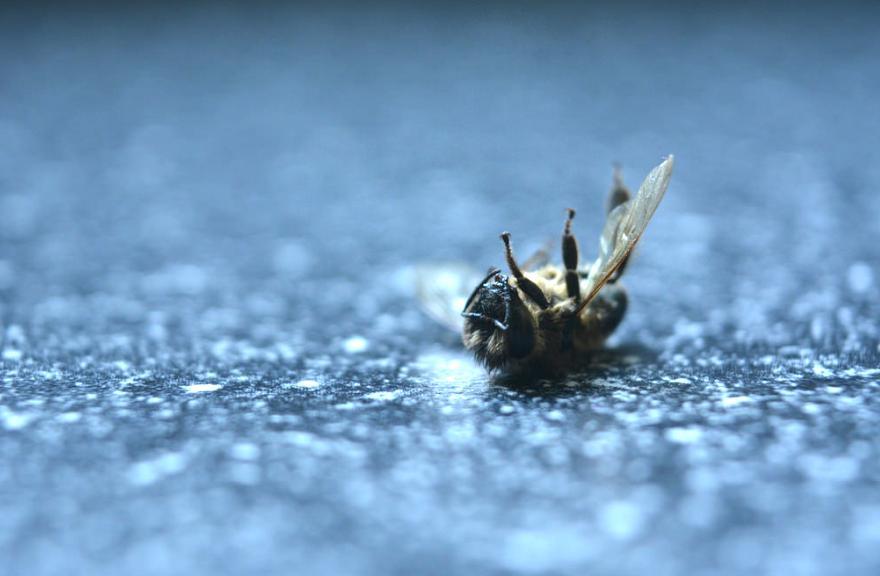 Neonicotinoids, a common and highly controversial class of insecticides linked to catastrophic bee deaths, could be significantly lowering the sperm count of male drone honey bees and cutting their life span by a third, Swiss researchers found.

Researchers from the Institute of Bee Health at the University of Bern, Switzerland discovered that male drone honeybees that ate pollen treated with two popular “neonics”—thiamethoxam and clothianidin—produced nearly 40 percent less sperm than those that did not.

When sperm from both sets of drones were put under the microscope, the ones treated with neonics produced 1.2 million living sperm on average while the control group produced 1.98 million. The authors said that the insecticides “can serve as inadvertent insect contraceptives.” A drone’s main role is to mate with the queen bee.

The results showed, for the first time, that neonicotinoids can negatively affect male insect reproductive capacity. The authors said their study might explain the declining population of wild insect pollinators as well as queen bee failure in managed fields.

“Because queen survival and productivity are intimately connected to successful mating, any influence on sperm quality may have profound consequences for the fitness of the queen, as well as the entire colony,” the report said.

Geoffrey Williams, the study’s co-author and University of Bernsenior bee researcher, told the Associated Press he does not know how exactly the insecticides might be damaging the sperm, but it seems to be happening after they are produced.

In another alarming discovery, the researchers found that 32 percent of the neonic-exposed drones died before reaching sexual maturity, compared to 17 percent of the unexposed controls. The average lifespan of insecticide drones was around 15 days, significantly lower than controls’s lifespan of 22 days.

“This could have severe consequences for colony fitness, as well as reduce overall genetic variation within honeybee populations,” the authors said.

The study was published today in the British journal Proceedings of the Royal Society B.

As the Associated Press pointed out, the worrisome population decline of pollinators can come down to a combination of many culprits, such as mites, parasites, disease, pesticides and poor nutrition. However, U.S. Department of Agriculture bee scientist Jeff Pettis, who was not part of the neonicotinoid study, suggested that poor sperm health may account for about a third of the growing crisis.

Neonicotinoid-maker Bayer Crop Science spokesman Jeffrey Donald told the AP that the company will review the study, but in general “artificial exposure to pesticides under lab conditions is not reflective of real-world experience.”

Peter Campbell from Syngenta, the maker of thiamethoxam, told the Guardian that the study was interesting but added, “given the multiple mating of honeybee queens it is unclear what the consequences of a reduction in sperm quality would actually have on queen fecundity.”

This latest study adds to the mounting scientific evidence that neonicotinoids—which are used on many crops in the U.S.—are harmful to pollinators. As Friends of the Earth wrote, bees are crucial to food production but are dying at unsustainable rates, with an unprecedented average of 30 to 40 percent loss of all honeybee colonies each year.

An investigation by the environmental group, Buzz Kill: How the Pesticide Industry is Clipping the Wings of Bee Protection Efforts Across the U.S., has found that the pesticide industry is stifling urgently needed reforms that would help these essential pollinators survive and rebuild their numbers.

If #pollinators disappear, so will 11 of your favourite foods: https://t.co/aVT65ycUHY via @EcoWatch pic.twitter.com/r3zPoGyOF2