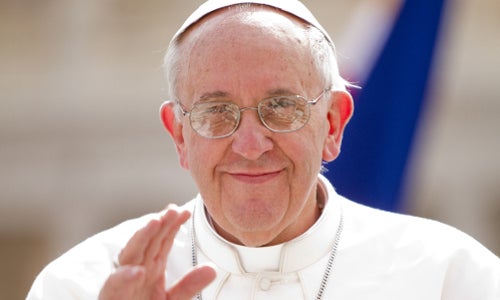 Since his election in March 2013, Pope Francis has established a reputation as an outspoken advocate for the environment, warning about the dangers of human actions that drive climate change. He enhanced that reputation this week, speaking to the European Parliament in Strasbourg. There he called for the responsible stewardship of the Earth and its resources, reformed agricultural policies to feed the hungry and more green jobs to address Europe’s youth unemployment problem. 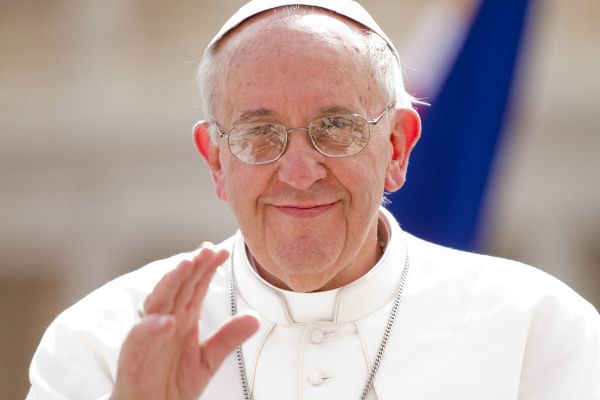 “Our Earth needs constant concern and attention. Each of us has a personal responsibility to care for creation, this precious gift which God has entrusted to us.”

The Pope told members of the European Union (EU) that it was essential to protect human dignity and human rights. He singled out treatment of the old, the young and immigrations as in need of revision and urged EU members to consider policies that created employment with humane working conditions.

“We encounter certain rather selfish lifestyles, marked by an opulence which is no longer sustainable and frequently indifferent to the world around us, and especially to the poorest of the poor,” he said. “To our dismay we see technical and economic questions dominating political debate, to the detriment of genuine concern for human beings. Men and women risk being reduced to mere cogs in a machine that treats them as items of consumption to be exploited.”

That tendency toward “consumption,” he said, extended to the planet and its resources.

“Our Earth needs constant concern and attention,” said the Pope. “Each of us has a personal responsibility to care for creation, this precious gift which God has entrusted to us. This means, on the one hand, that nature is at our disposal, to enjoy and use properly. Yet it also means that we are not its masters. Stewards, but not masters. We need to love and respect nature, but instead we are often guided by the pride of dominating, possessing, manipulating, exploiting; we do not ‘preserve’ the Earth, we do not respect it, we do not consider it as a freely given gift to look after. Respect for the environment, however, means more than not destroying it; it also means using it for good purposes.”

He contrasted poverty and opulence, need and waste, saying that agriculture “provides sustenance and nourishment to our human family. It is intolerable that millions of people around the world are dying of hunger while tons of food are discarded each day from our tables. Respect for nature also calls for recognizing that man himself is a fundamental part of it. Along with an environmental ecology, there is also need of that human ecology which consists in respect for the person, which I have wanted to emphasize in addressing you today.”

And he asked that the EU look at how green, renewable energy technologies could provide an economic future for youth in addition to a future for the planet.

“Young people today are asking for a suitable and complete education which can enable them to look to the future with hope instead of disenchantment,” he said. “There is so much creative potential in Europe in the various fields of scientific research, some of which have yet to be fully explored. We need only think, for example, of alternative sources of energy, the development of which will assist in the protection of the environment.”