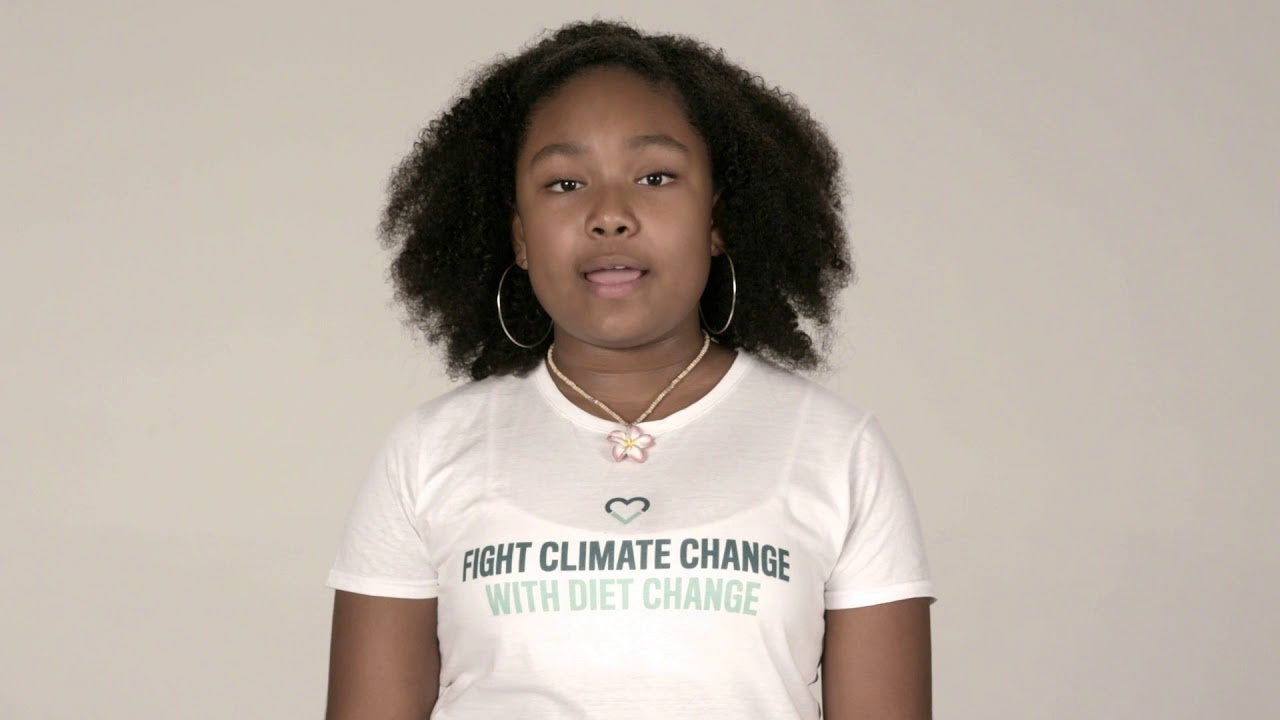 Pope Francis is being challenged to go vegan for Lent in exchange for a $1 million donation to a charity or charities of his choice.

The aim of the Million Dollar Vegan campaign—led by 12-year-old activist Genesis Butler of Long Beach, California—is to inspire people to “help fight climate change with diet change,” according to a press release for the initiative.

“Farming and slaughtering animals causes a lot of suffering and is also a leading cause of climate change, deforestation, and species loss,” Butler, who went vegan at the age of six, wrote in an open letter to the pontiff. “When we feed animals crops that humans can eat, it is wasteful. And with a growing world population, we cannot afford to be wasteful.”

Whether or not he accepts, it’s a fitting challenge for Pope Francis, who called on the world’s 1.2 billion Roman Catholics to join the fight against climate change in his groundbreaking 2015 environmental encyclical, Laudato Si’: On the Care for Our Common Home.

“In your encyclical letter, Laudato Si’, you stated that every effort to protect and improve our world will involve changes in lifestyle, production, and consumption,” Butler wrote. “I agree with all my heart and seek your support in tackling one of the largest underlying causes of the problems we face: animal agriculture.”

You also might recall that in May 2017, His Holiness gave President Trump a copy of his encyclical right as POTUS was considering whether the U.S. should exit from the Paris agreement. Francis has also urged the leaders of big oil companies to lead a clean energy transition.

“We are launching this deliberately bold, audacious campaign to jolt our world leaders from their complacency,” Matthew Glover, Million Dollar Vegan CEO of and co-founder of the record-breaking Veganuary campaign, said in the press release.

“We are thankful that Pope Francis has spoken out on these issues and that is why we are humbly asking him to try vegan for Lent and set an example of how each of us can align our principles of caring and compassion with our actions,” he added.

So far, no word from the Vatican as to whether the challenge has been accepted. As for the Pope’s current diet, this Mashed article indicates that he already eats quite simply. His meals are prepared with home-grown, seasonal produce, but he also has non-vegan favorites such as classic Neapolitan pizza, alfajores (South American cookies traditionally made with milk, butter, eggs and filled with dulce de leche), and prefers meat over fish.

A petition for the campaign has already gathered more than 31,000 signatures from around the world since its launch on Wednesday. The effort is backed by celebrity advocates such as Paul McCartney, Moby, Chris Packham, Mena Suvari and Evanna Lynch. The $1 million was donated by the Blue Horizon International Foundation.

A plant-based diet not only saves the lives of countless animals, it can be good for your health and the planet’s health. In a sweeping study, researchers at the University of Oxford determined that the best way to minimize your environmental impact is to go vegan.

Lent this year runs from March 6 to April 18. If every one of the world’s Catholics joined the 40-day vegan challenge, it will be equivalent to the whole of the Philippines not emitting carbon for a year, Dr. Joseph Poore of Oxford University said in the press release.

Million Dollar Vegan hopes that more people will forgo meat and animal products for Lent and has a Vegan Starter Kit that is free to download.