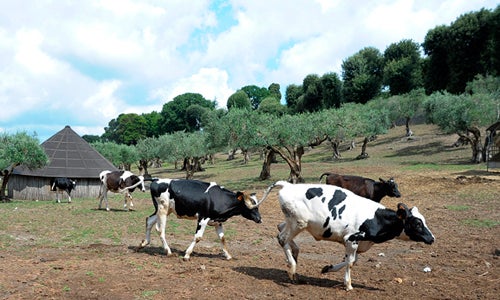 It makes sense that the Pope who took his name from the patron saint of animals would be an animal lover. So, it comes as no surprise that Pope Francis has decided to open up the 50-acre Vatican farm at Castel Gandolfo to the public. 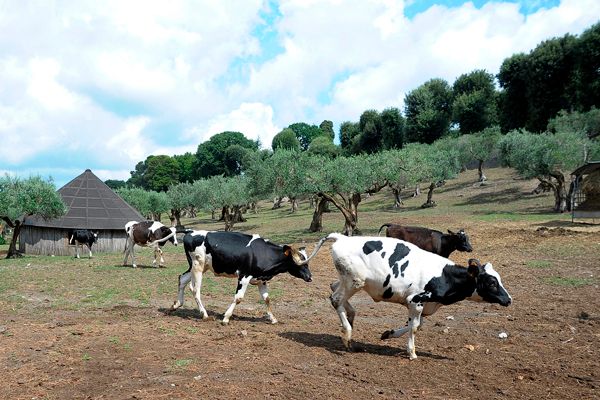 The property, which is located 15 miles outside of Rome (that’s right, the Pope adheres to a 15-mile diet), has been a summer vacation home for the Popes since the 16th century. Placed among Roman ruins, beautiful villas and breathtaking views of the Tyrrhenian Sea, the farm was established by Pope Pius XI in the 1930s and has been providing meat, dairy and produce to the Popes ever since.

The decision to open up the farm was praised by the public, just like his move early last year to open up the gardens at Castel Gandolfo, which have been visited by more than 8,000 people. The farm, which employs eight people—one of whom has worked there for 33 years and served four popes—contains 800-year-old olive trees that produce more than 300 gallons of olive oil annually. Eighty cows and several donkeys supply the papal residence with milk, cheese, butter and yogurt. There is a sprawling vegetable garden, a greenhouse and ostriches, rabbits, chickens and turkeys. A van delivers food such as eggs, vegetables, yogurt, honey, cheese and olive oil to the Vatican every day. The excess produce is sold in Rome supermarkets, which allows the farm to be self-sustaining.

The Director of Operations,Vincenzo Scaccioni, chose to make beekeeping a priority when he came on in 2013. “Bees are a symbol of industriousness, unity and a community that gives fruit,” Scaccioni said. “It is an example that the church, deep down, is a hive, though not one that stings, but gives honey.” Scaccioni noted the farm’s larger significance by saying that the farm is “precisely a sign of the pope’s attention to creation, to nature, to the rural world.”

The “People’s Pope,” as he is known, has stated that “access to food is a basic human right that shouldn’t be subject to market speculation and quests for profit.” He is an adamant supporter of food justice, proper nutrition for everyone, stewardship to the land and fighting climate change. Providing the public with access to the farm is a way to spread his message and show his support for a sustainable and equitable food system, and healthy planet.